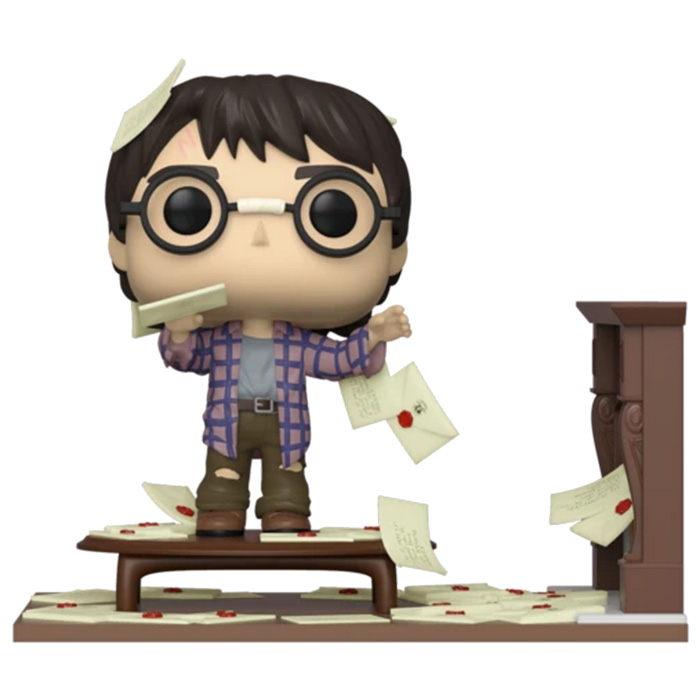 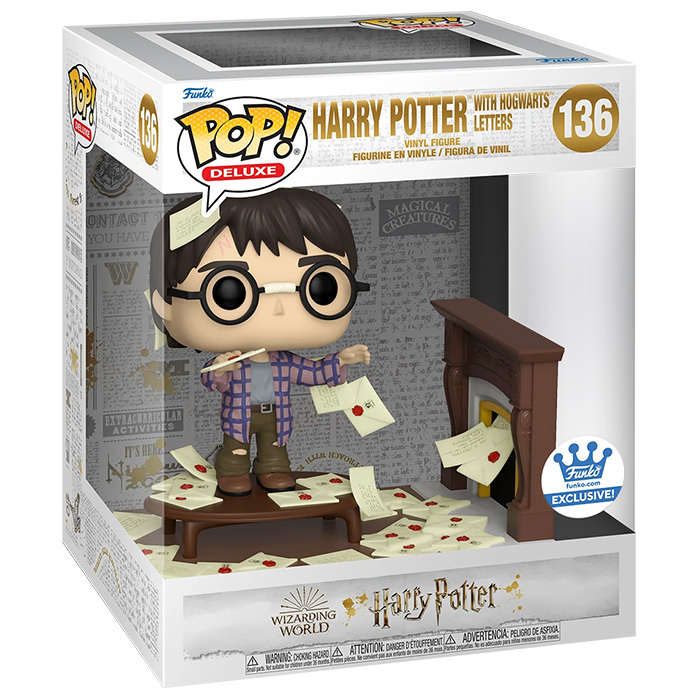 Harry Potter is the hero of the literary and film saga of the same name. He is a young English boy who has grown up with his aunt and uncle since his parents died when he was a baby, allegedly in a car accident. His parents don’t like him very much and he has a room in the cupboard under the stairs. One day, as he approaches his eleventh birthday, a letter arrives for him from a place called Hogwarts. His uncle confiscates it before he can read it, but the next day more arrive. Each time, his uncle confiscates them but more letters arrive to the point of coming out of the fireplace and every possible place in the house until Harry’s uncle takes them all away to a lighthouse on the open sea. Then Hagrid, the Hogwarts School gamekeeper, arrives to tell Harry that he has been accepted into the school and is a wizard like his parents. 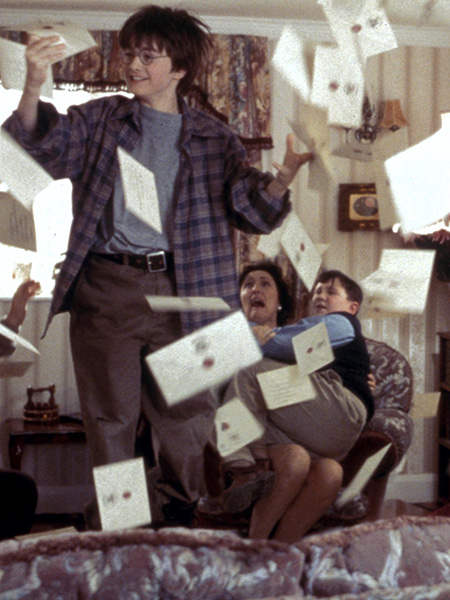 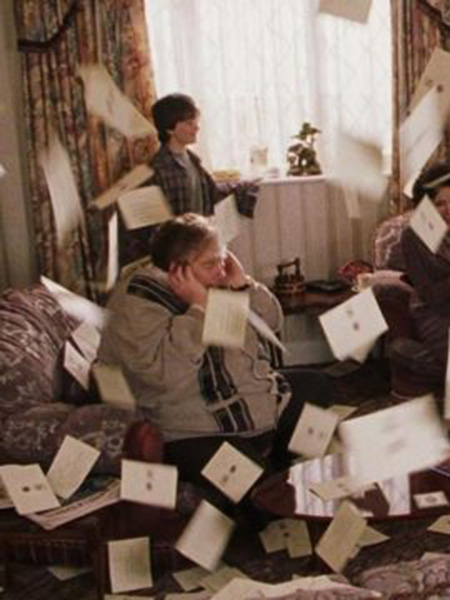 For this exclusive deluxe pop, Funko depicted Harry during the scene where all the letters start coming out of the fireplace and twirl around Harry. He is standing on the coffee table raising his arms to try and catch a letter. He is wearing his cousin Dudley’s old clothes, trousers with a hole in them and an oversized checked shirt. His round glasses are fixed with white tape. On the right side, we can see the fireplace from which all the letters come out.