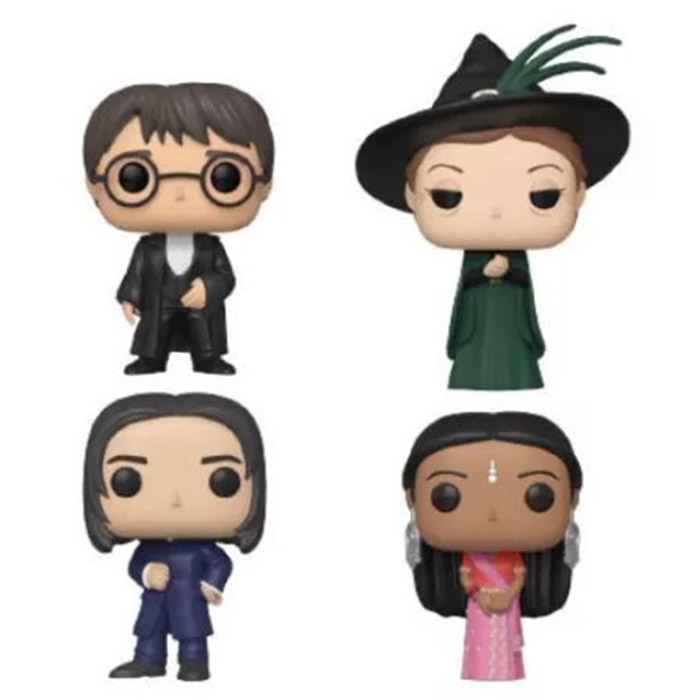 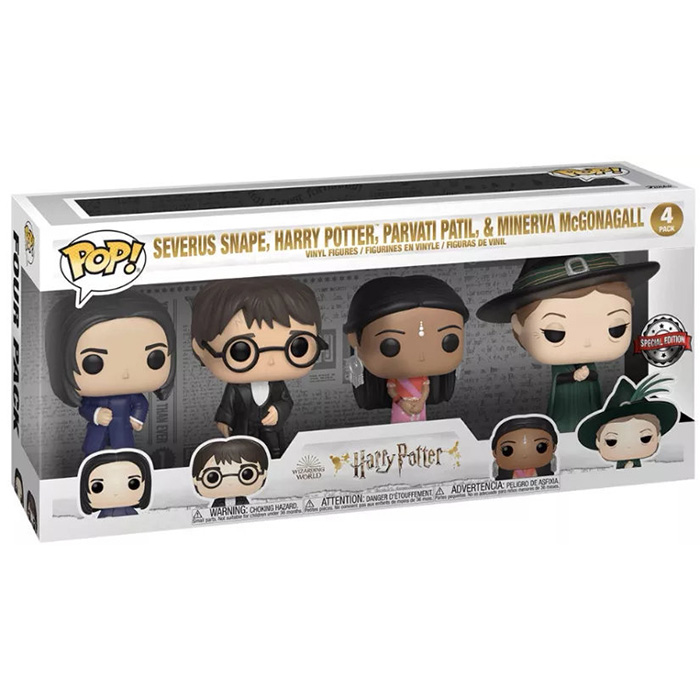 During Harry Potter’s fourth year at Hogwarts School of Witchcraft and Wizardry, an important event is held: the Three Wizards Tournament. The champion of three schools (Hogwarts, Beauxbatons and Durmtrang) compete for the prestigious cup in perilous trials throughout the year. Although he is normally too young to participate, Harry is selected along with Cedric Diggory to compete for Hogwarts. At Christmas, the school holds the Yule Ball. Harry invites Parvati Patil, another Gryffindor student, to be his date. All the school is presented there, students as teachers. Professor McGonagall, head of Gryffindor house, professor of charms and deputy headmistress of the school. Severus Snape, Head of Slytherin House and Potions teacher, is also present. Unlike Professor McGonagall, Professor Snape has never liked Harry very much, partly because of the resemblance to his father, and takes a dim view of Harry being part of the Three Wizards Tournament. 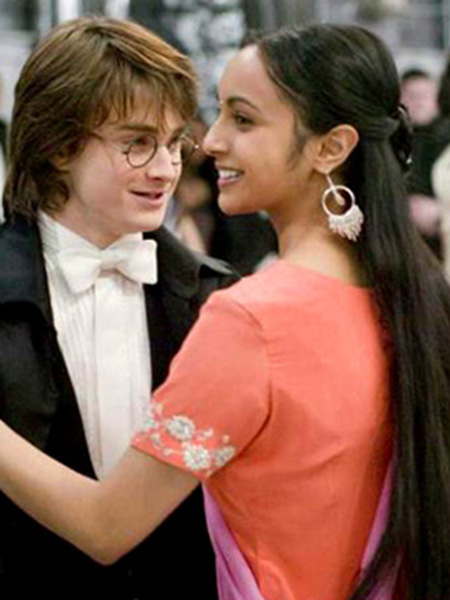 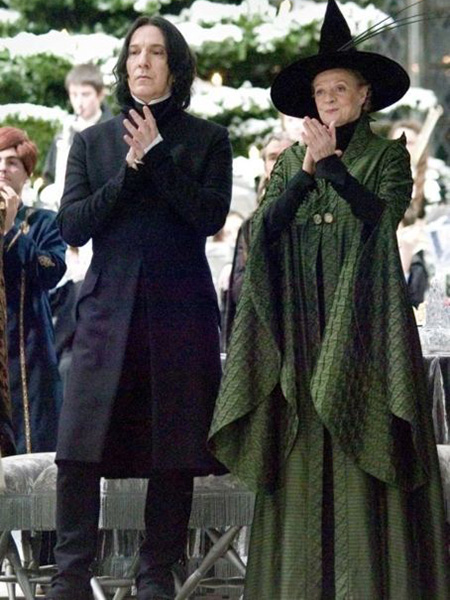 So for this exclusive pack, Funko has depicted these four characters in their party outfits worn during the Yule Ball. Harry wears a sort of tuxedo with a black jacket, a white shirt and a long black wizard’s robe. Parvati is wearing an Indian-inspired evening gown in shades of pink and orange. She wears earrings, a jewel on her forehead and her long black hair falls down her back. Professor McGonagall is, as always, dressed in green but she has feathers on her hat and her dress is embroidered. Finally, Professor Snape is wearing a dark blue suit with a long jacket and, for once, is not wearing his wizard’s robe.