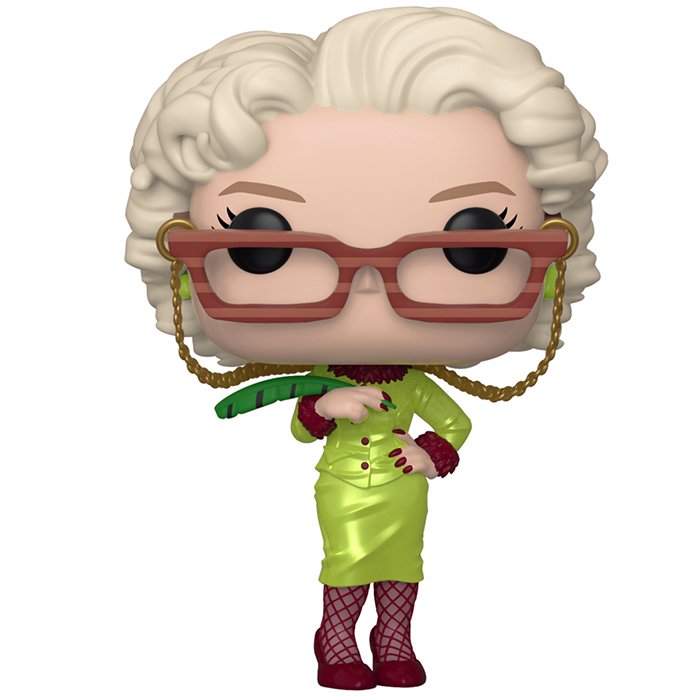 Rita Skeeter is a journalist working for the Daily Prophet who was discovered in the fourth installment of the Harry Potter adventures. Indeed, when the latter finds himself, in spite of himself, one of the four champions to take part in the dangerous tournament of the three wizards organized at Hogwarts, the Daily Prophet, a newspaper very close to the ministry, sends one of its journalists to try to get a scoop. Rita Skeeter will do anything to get information from the participants and doesn’t hesitate to suggest more interesting answers when she isn’t interested in the real thing and to spy for juicier information. In the book, she also uses her power as an animagus to spy on people in her animal form. 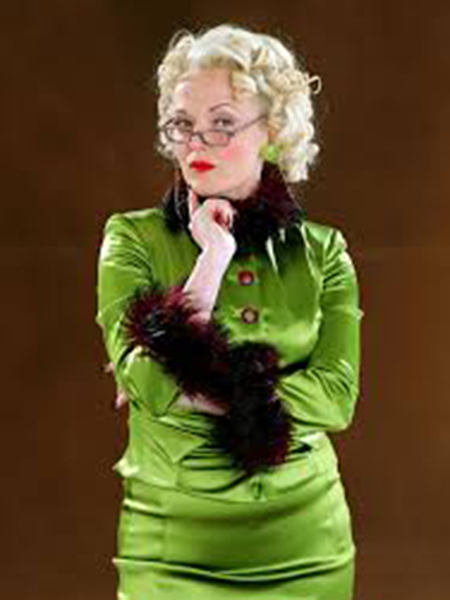 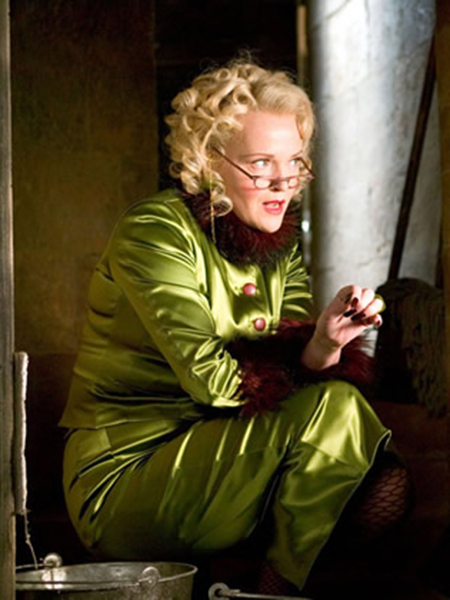 For this exclusive figure at SDCC 2019, Funko represented Rita Skeeter in the outfit she is wearing when she interviews the four champions for the first time. She is wearing a very bright green, tight-fitting suit with red buttons and feathers on the collar and sleeves. She is wearing burgundy fishnet tights and matching heels. Her blonde hair is also styled in the retro 50’s style and she wears very big stripes very low on her nose and held by a golden cord. Finally, she holds in her hand the green feather that takes notes alone when she does interviews. 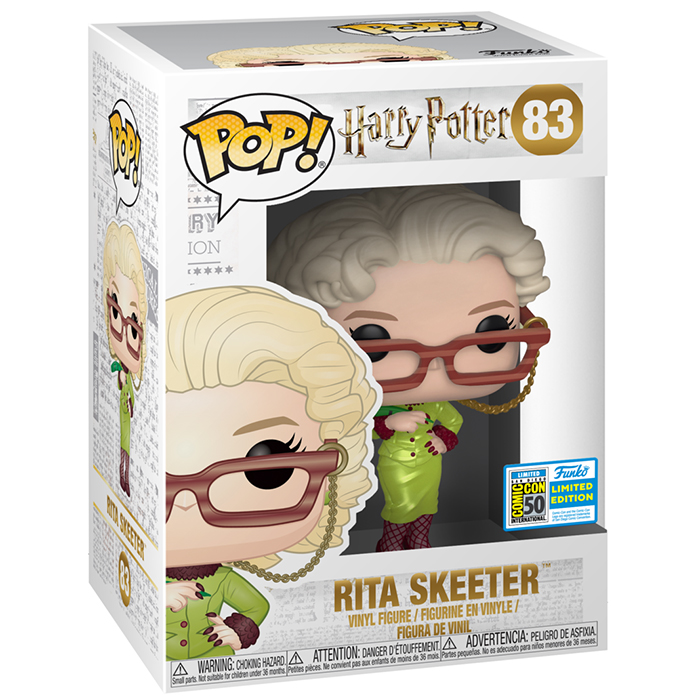