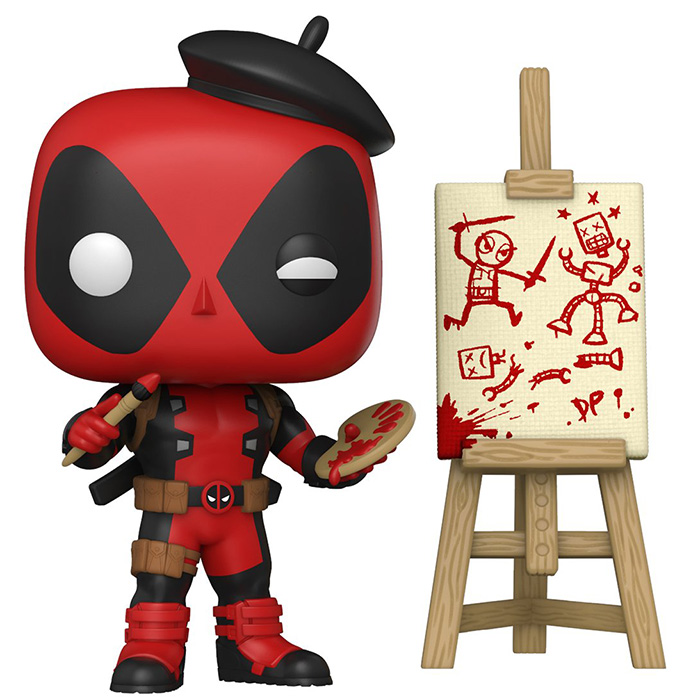 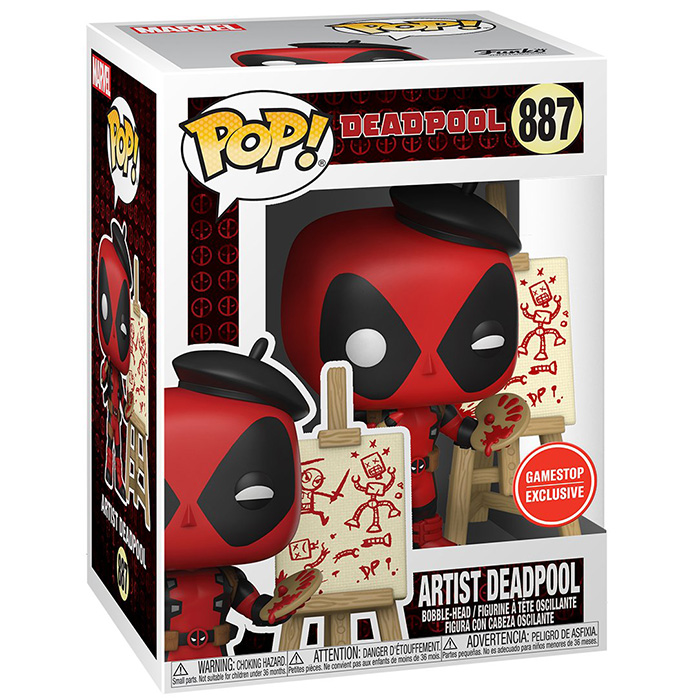 Deadpool is a character in the Marvel universe, specifically the X-Men universe. His real name is Wade Wilson, and he was a CIA assassin turned mercenary. After being diagnosed with an incurable cancer, he agreed to participate in scientific experiments that brought out a dormant mutant gene. The mutation gave him regenerative abilities that made him nearly invulnerable, but also disfigured him. Since then, he has continued to work as a mercenary while playing the superhero in spite of himself. He always wears a red and black suit covering his entire body and face. Deadpool is famous for his wacky, offbeat humor, his peculiar sense of morality and his habit of breaking the fourth wall. 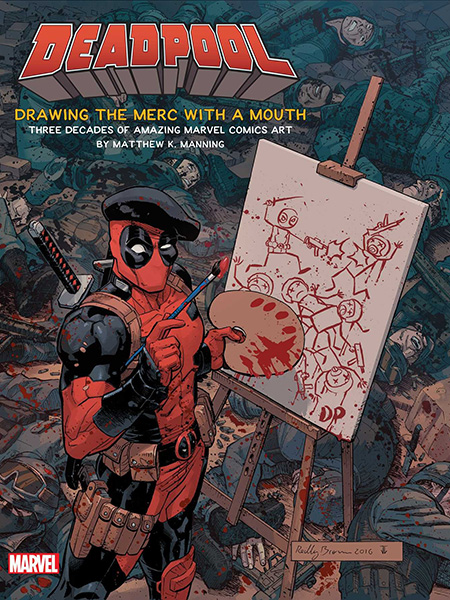 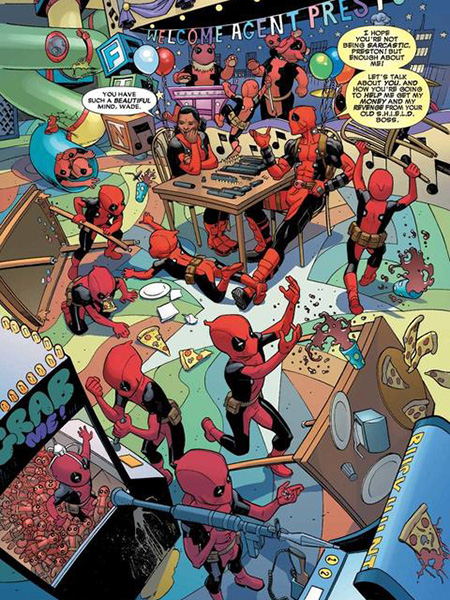 The Art of Deadpool

Deadpool is shown here as an artist as seen on the cover of the book devoted to Deadpool comic book art. He is of course wearing his usual red and black outfit with various brown leather harnesses. He also wears a beret and holds a palette and a brush in his hands. Next to him is an easel with a canvas on which he has painted a very simple picture of himself fighting a robot.