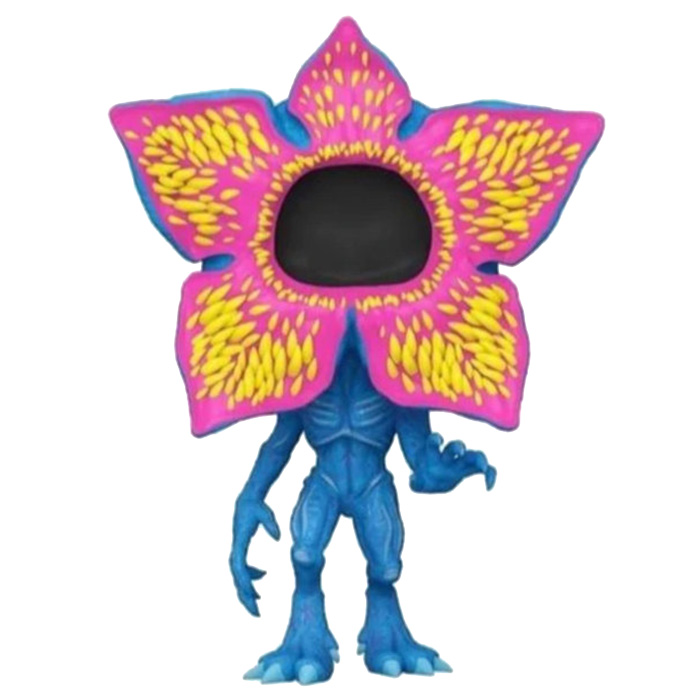 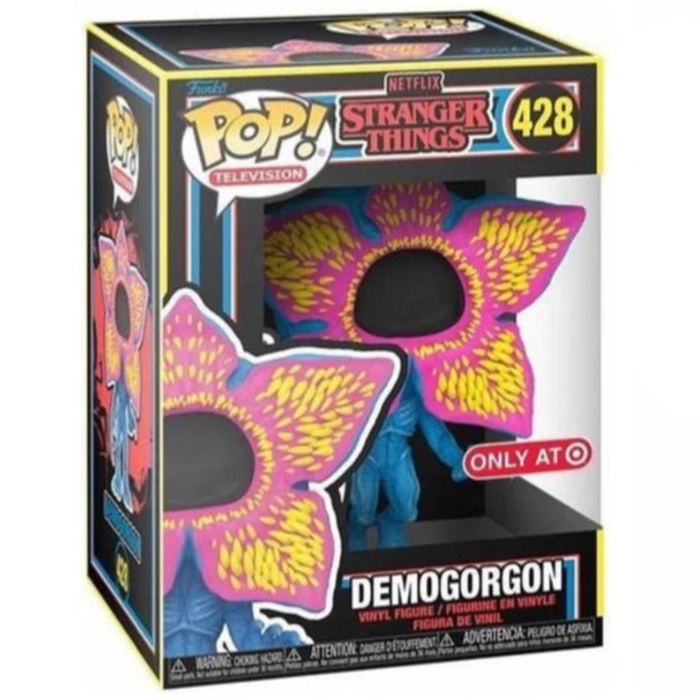 The monster of the parallel dimension

Demogorgon is the name given to the monster in the series Stranger Things by the group of young teenagers who are the main characters. At the beginning of the series, one of them, Will, is walking home through the forest. Alone at home, he is attacked by a horrible creature and disappears. His group of friends begin to search for him and come across Eleven, a young girl who has escaped from the laboratory she grew up in. Eleven has psychic and telekinetic powers and she ends up teaching them that she unwittingly opened a passageway to a parallel dimension they call the Upside Down and that’s where the monster comes from. It’s a very grey and cold parallel dimension populated by monsters that seem to be a mix between a humanoid and a plant and that are attracted by blood. They name it Demogorgon in reference to the role-playing game the boys play regularly. 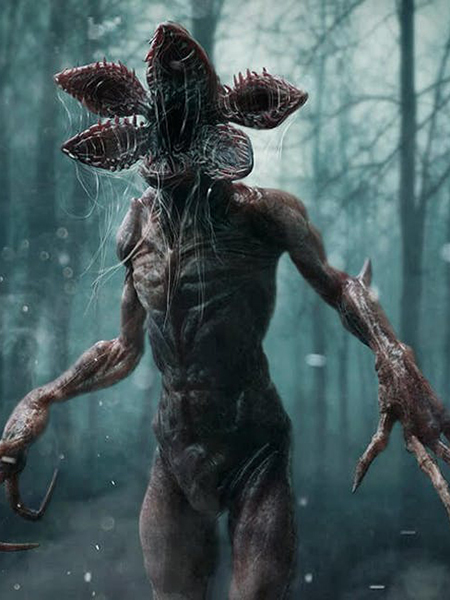 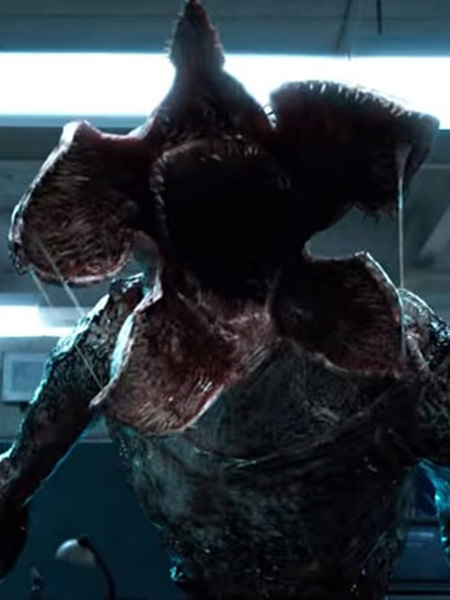 For this exclusive figure, Funko represented the Demogorgon in a black light version, that is to say with different colors that are made to stand out under black light. His skeletal yet powerful body with clawed hands and back legs is a bright blue. One of its clawed hands is extended forward. Its head, which looks like a flower whose petals are covered with teeth, is pink and yellow.