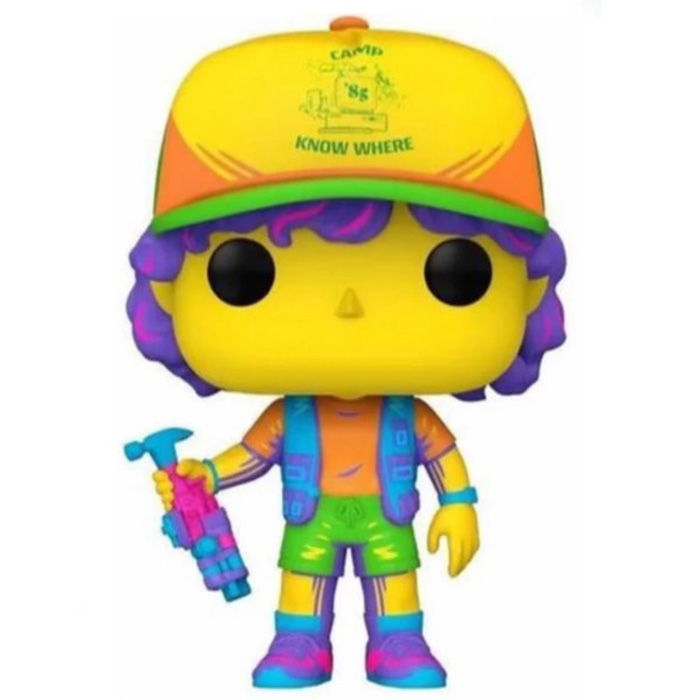 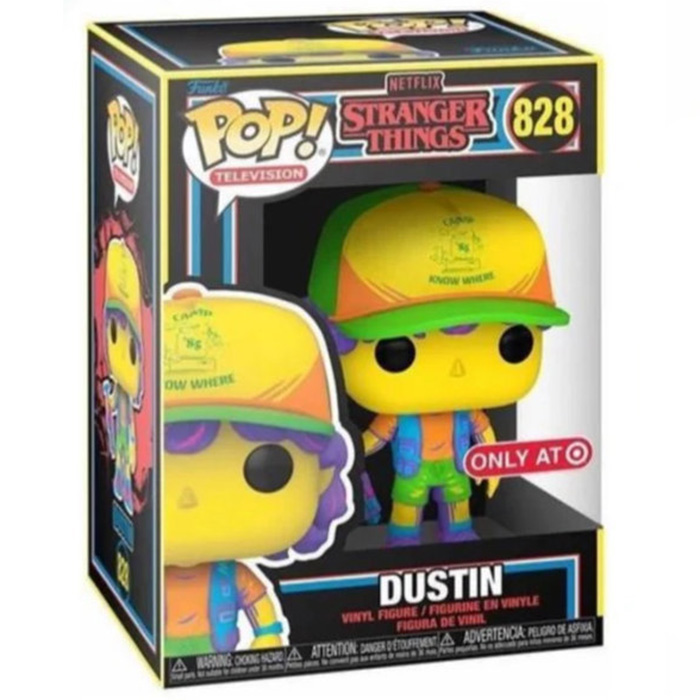 Dustin is one of the main characters in the fantasy series Stranger Things set in the small town of Hawkins, USA in the 1980s. Like all the boys in his group of friends, Dustin is rather a nerd, especially fond of technology and computers. At the beginning of season three, when things finally seem to be calm in Hawkins, Dustin comes back from his summer camp dedicated to technology during which he met a girl who became his girlfriend. But his friends, rather busy with their own girlfriends, don’t have much time for him. When he goes to the new mall to visit Steve, he starts to notice strange things. He picks up transmissions in Russian from the radio antenna he made. With Steve’s colleague Robin and Lucas’ little sister who happens to be there, they investigate and find a secret Russian base where the passage to the Upside Down is being reopened. 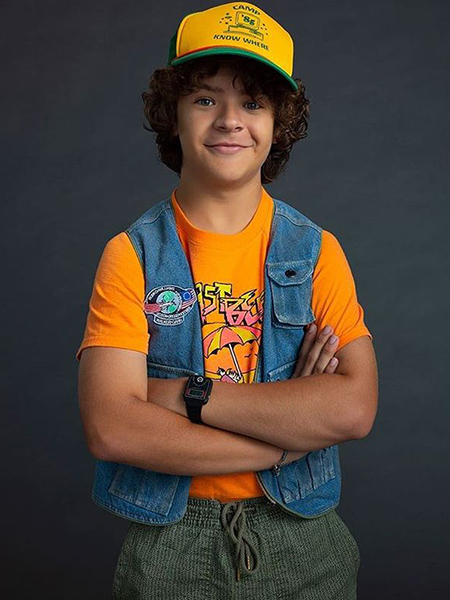 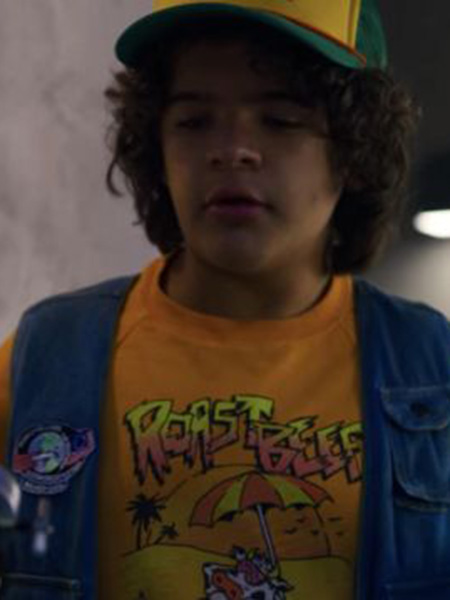 For this exclusive figure, Dustin has been represented in a “black light” version, that is to say with very bright colors that come out differently under black light, which fits well with the 80’s atmosphere of the series. He still wears part of his summer camp outfit, shorts with a t-shirt and a small jacket with sneakers. These are in shades of green, orange and blue. His skin is yellow with purple shading. His hair is purple and his “camp know where” cap is clearly visible. In his hand, he holds his radio antenna.