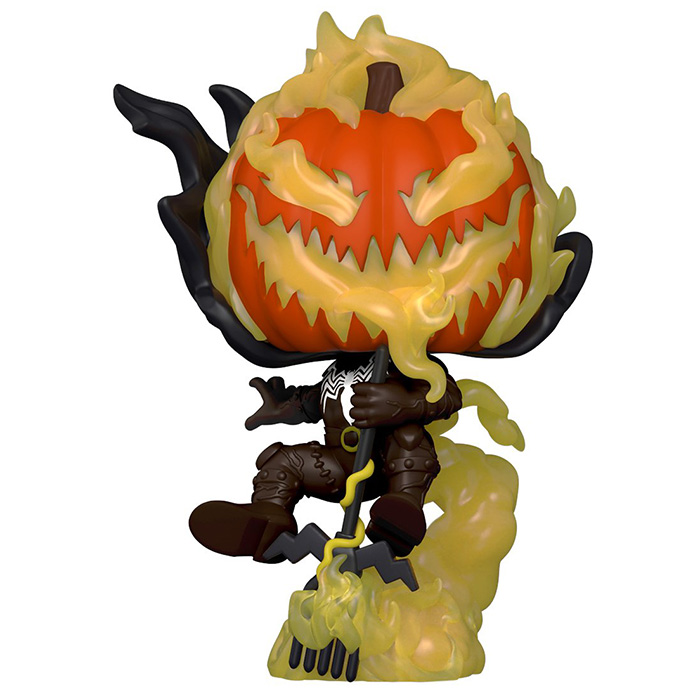 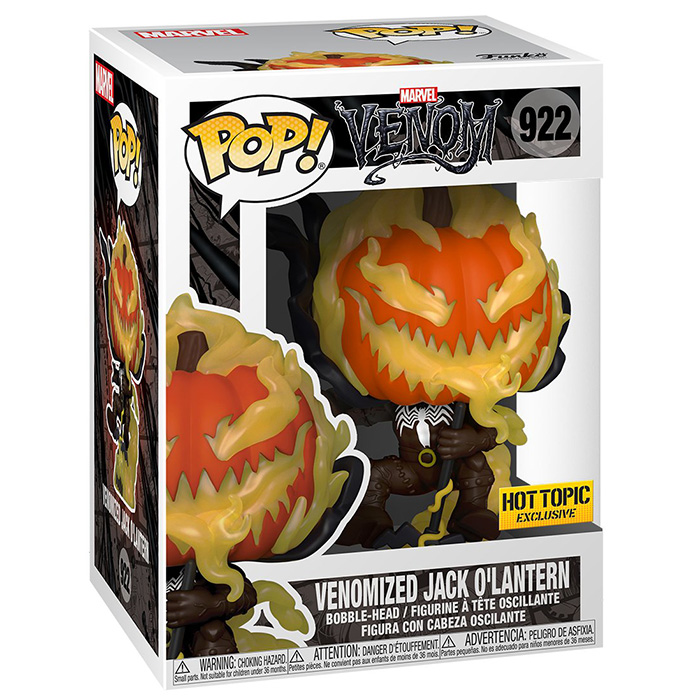 A super villain without powers

Jack O’Lantern is a supervillain in the Marvel Universe who has been the secret identity of several criminals, primarily in Spider-Man or Captain America comics. In his first incarnation, he is a former CIA agent who was fired because of his violent methods. He then decided to go into crime, trying to kill the Super-Buffoon to make a place for himself. His real name is Jason Macendale, he has no powers and uses many gadgets such as an electric glider or an armored helmet with an oxygen tank whose surface burns permanently to give him that Jack O’Lantern look. Venom is an alien symbiote that needs to take control of a human body to survive. For the release of a new comic book series, Marvel had created variant covers where he was seen taking control of several heroes or villains of the Marvel universe. 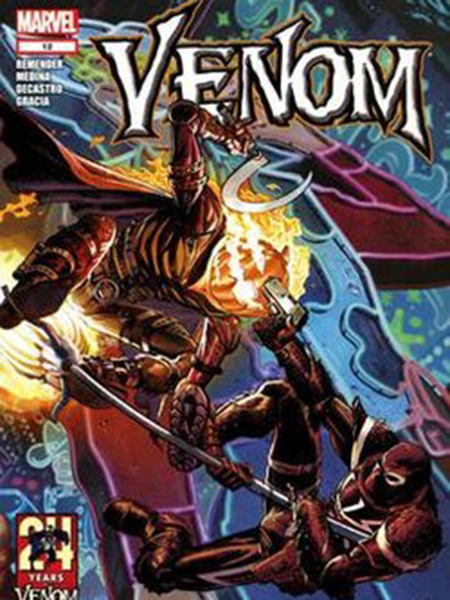 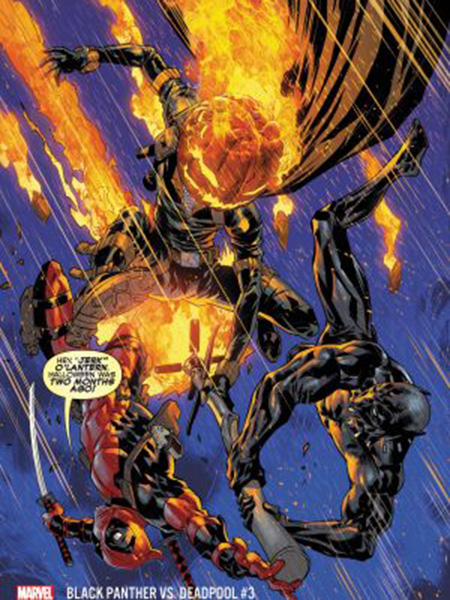 So here Funko has depicted the criminal Jack O’Lantern being possessed by Venom. He’s wearing his usual 18th century brown outfit with brown boots and he’s jumping around while sticking a pitchfork in the ground. The Venom logo is already on his chest and the face shape cut on his mask is Venom’s. Yellow fire comes out of his eyes and mouth and wraps around his body to form a sort of base as his black cape flies off.