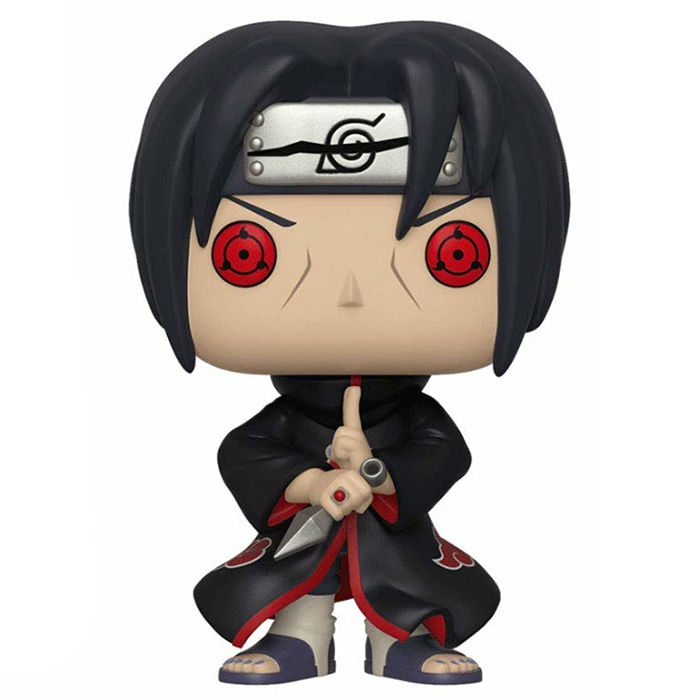 Itachi is an important character in the Naruto Shippuden manga with a tragic story. He is the older brother of Sasuke, co-apprentice of the ninja Naruto, the hero of the saga. From birth, Itachi showed particularly precocious abilities and rose through the ranks of the ninja hierarchy much faster than others. But having seen many of his family members die during the Great Ninja War, he developed pacifist ideals. Unfortunately, his clan decided to use him to spy on the head clan of his village in hopes of staging a coup. Finally, the clan in charge of the village convinced him that the best solution was to kill the members of his clan to avoid a war. This he did except for his younger brother Sasuke. 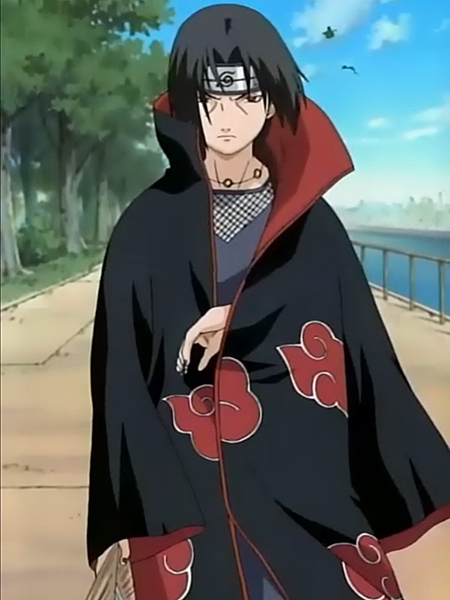 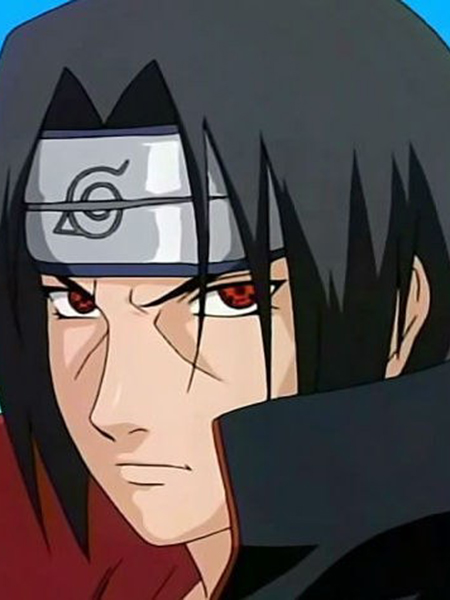 Itachi is shown here in his classic ninja outfit, a long black kimono with red trim and pattern. He is wearing some sort of open-toed sandals with it and holds his short dagger in his hand. With the other, he holds his finger up. Finally, at the head level, we find his red eyes as well as his black hair falling on his forehead and his black headband decorated with a metal plate. 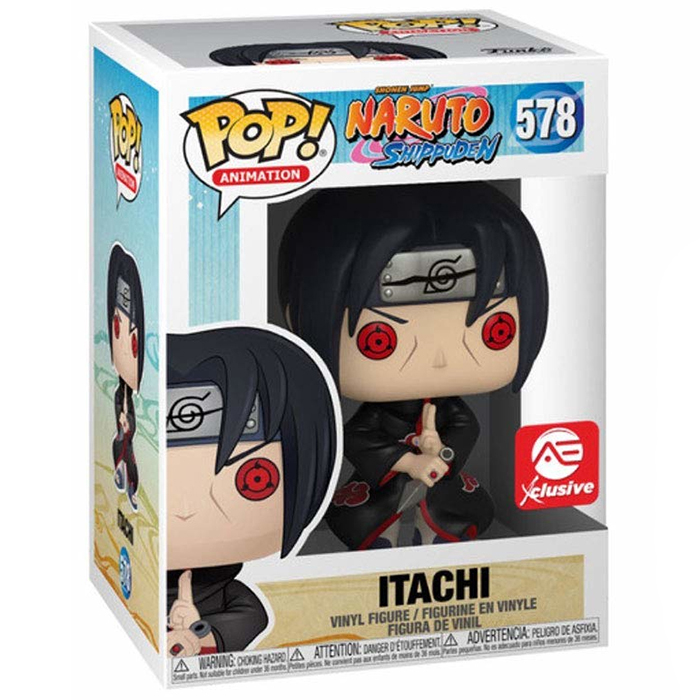