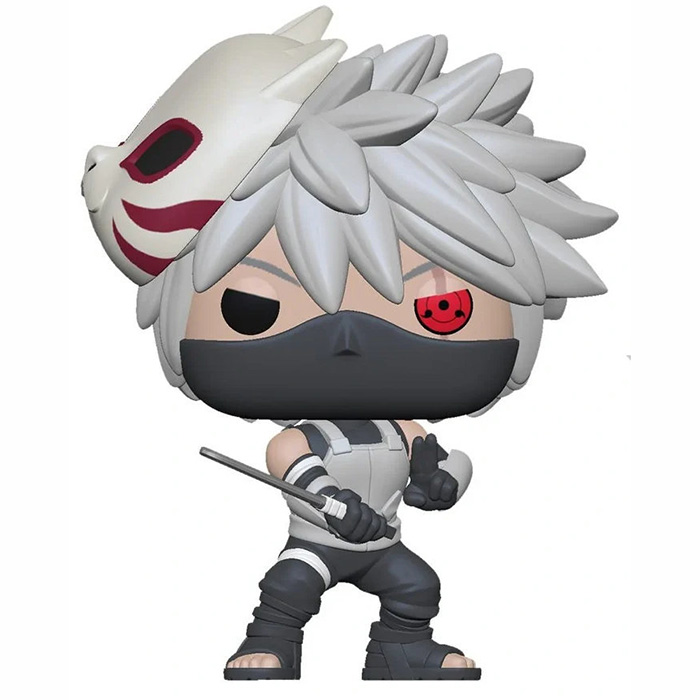 The mission above all

Kakashi is an important character in the Naruto Shippuden anime. He is the son of Sakumo Hatake who was considered one of the greatest ninjas of Konoha village. But one day, he preferred to save his friend rather than go through with his mission and this earned him to be denigrated by all the other inhabitants. This even drove him to suicide. Kakashi then decided to take the complete opposite of his father and to always focus on his mission. For this reason, he can often appear to be cold and very reserved, but he can still be good and loyal. At the beginning of the series, he became the mentor of the group 7 of ninja apprentices including Naruto, the hero of the series. During one of the arcs of the series, Kakashi became a member of the Anbu, a kind of elite unit used to protect the Kage, leaders of hidden villages, in his case one of those of Konoha. 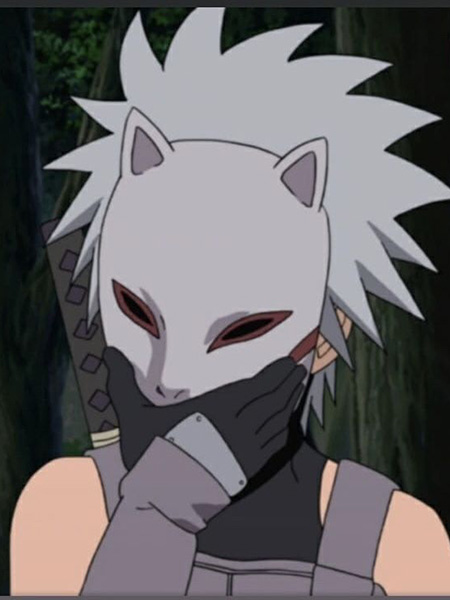 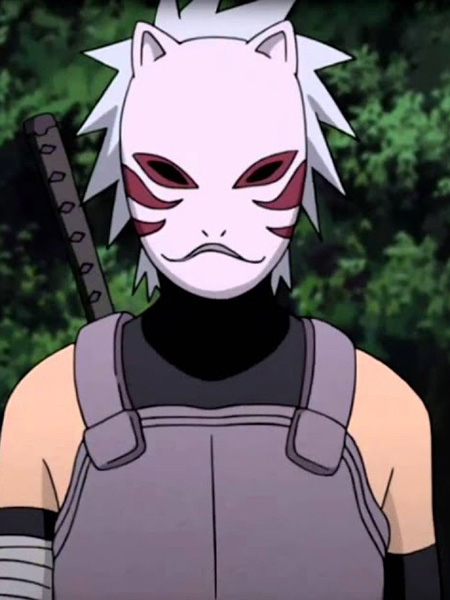 For this new version of the character, Funko has depicted him in his Anbu outfit. Instead of his usual style, he wears an all-black, white and grey outfit. He wears black pants with black sandals and some kind of white armor on his torso and wrists. At the level of the head, he always wears this headband hiding the bottom of his face and we find his red eye. His grey hair falls in points around his face and, on the side of his head, we find the red and white Anbu mask resembling a cat that he normally wears on his face. 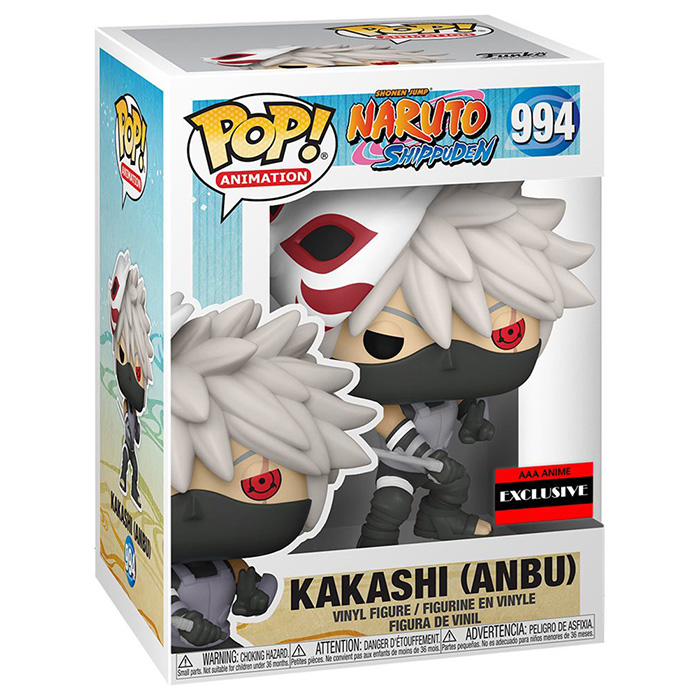