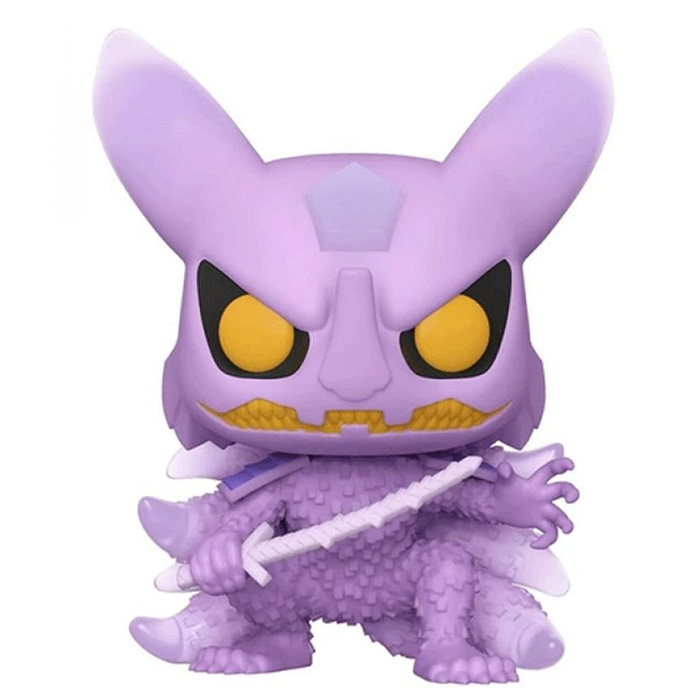 The most famous of demons

Kurama is an important character in the Naruto Shippuden anime and manga. He is one of the nine demons born when the hermit fought the dangerous ninja who had merged with the tree of life. In order to prevent him from taking even more power, he separated his chakra into nine parts and thus Kurama, the nine-tailed fox demon, was born. When the latter attacked the village of Konoha, one of its leaders bound the demon with his newborn son Naruto to prevent it from doing any harm. 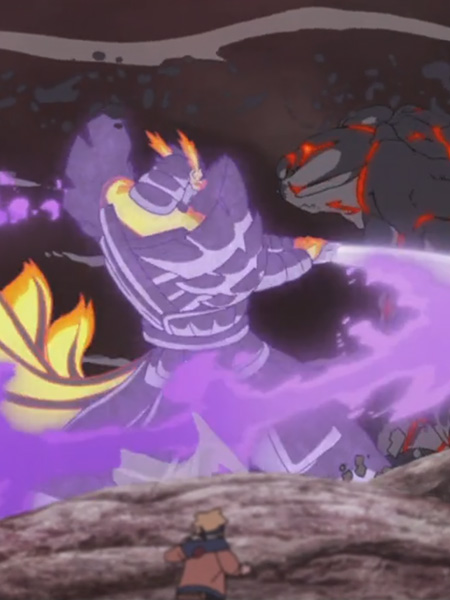 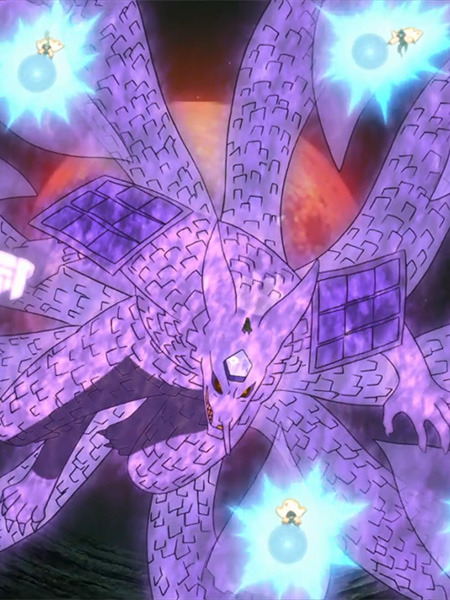 For this exclusive figure, Funko depicted Kurama with one of his “majestic” appearances, in this case Susano’o’s. He’s purple instead of his usual brown/orange with texture on most of his body. He has his nine tails, some of which are a bit transparent. On his head, he has yellow eyes and yellow teeth as well as two large fox ears. Finally, he holds a white sword in his hand. 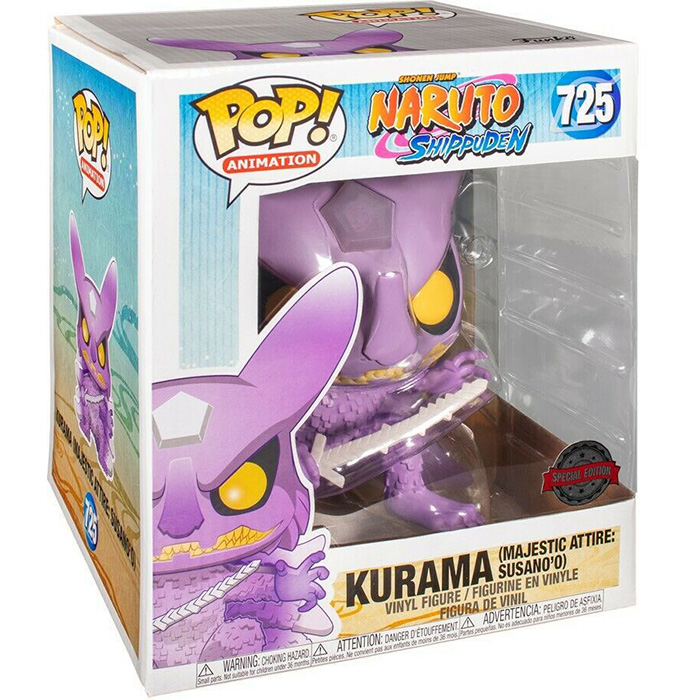