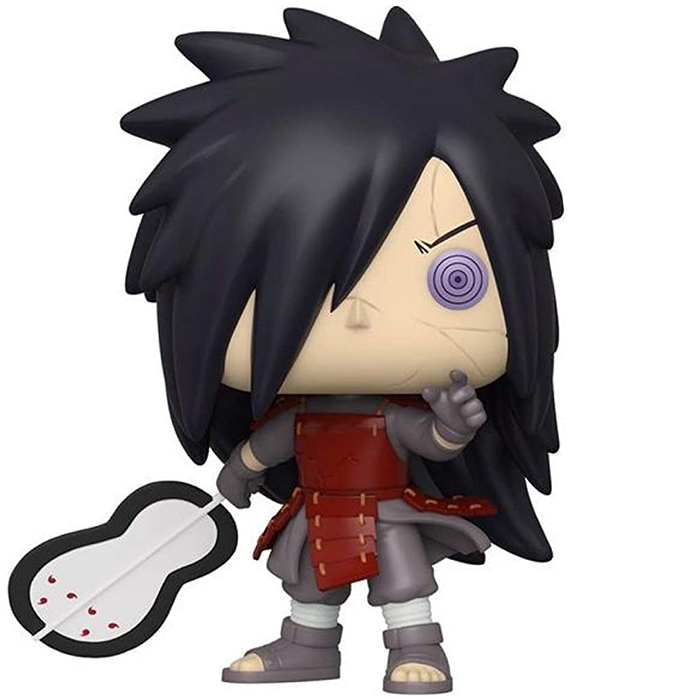 Madara was one of the most legendary leaders of the Uchiwa clan in the Naruto Chippuden anime series and manga. He was one of the founders of the hidden village of Konoha, which he founded with his rival Hashirama in order to begin a new era of peace. In fact, Hashirama was his childhood friend despite the struggle that had always existed between the two families. A friendship that ended in a particularly violent fight between the two families. Unfortunately, the attempt to bring peace was a failure and soon the two friends were fighting for control of the village, which resulted in Madara’s death. 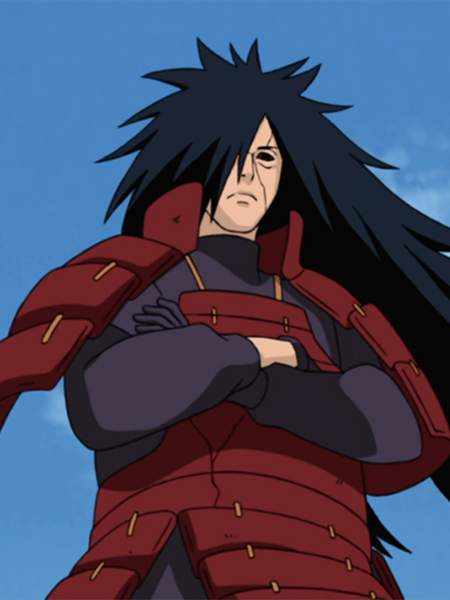 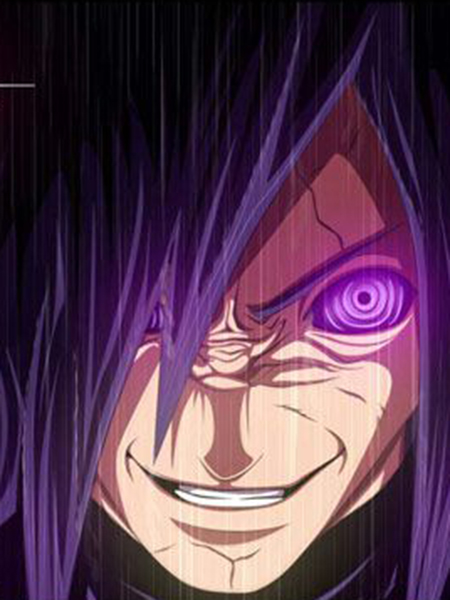 Funko here depicted Madara after he used various techniques in order to come back to life and prolong it. He is wearing his grey ninja outfit covering even his hands. He also wears a leather armor covering his torso and separating in several parts at the thighs. Finally, at the head level, we find his long black hair, styled in spikes on the top of his head and falling in a wick in front of his face. He has many scars on his face and one eye replaced by an artificial eye. 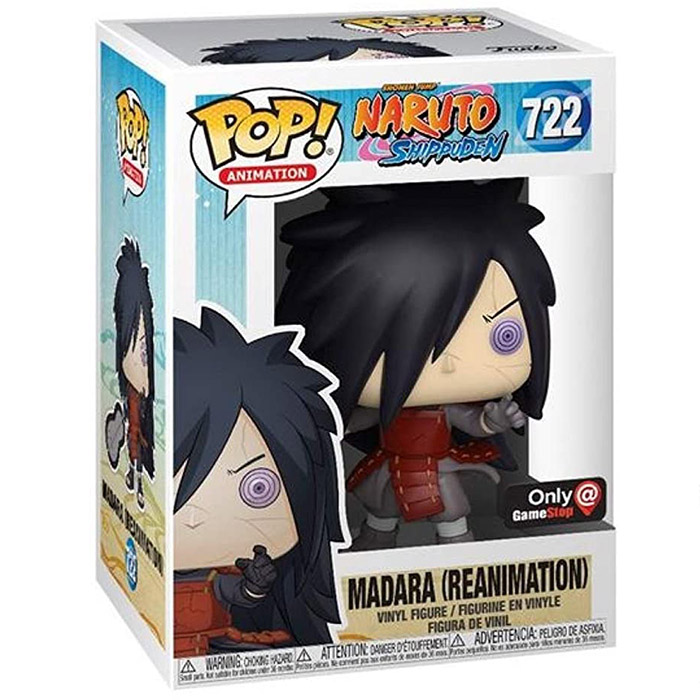