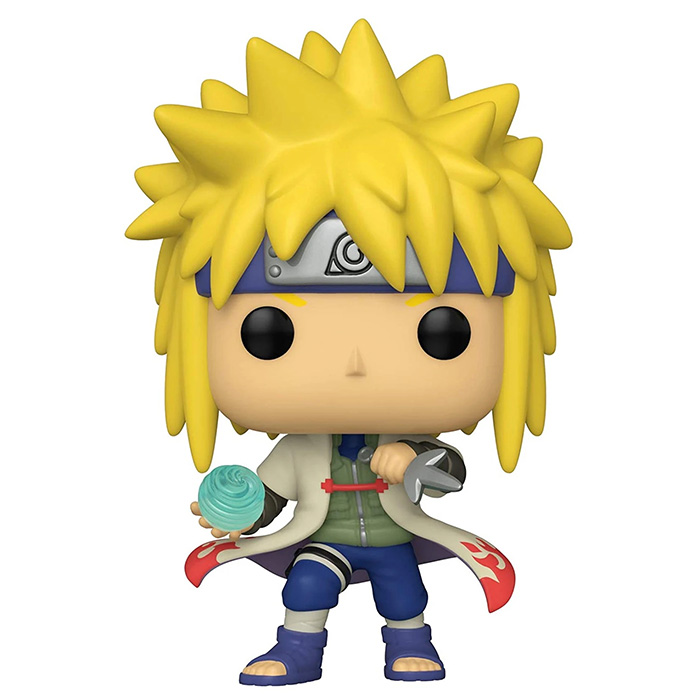 A Legend of Konoha

Minato Namikaze is a legend in the world of Naruto Shippuden. In this manga and anime set in contemporary Japan, the tradition of ninjas has remained very important and they use physical but also mental and supernatural abilities to fight. They are often grouped in villages. Minato was the fourth hokage of the hidden village of Konoha and the father of the hero of the series, Naruto. His ninja skills were so famous that members of enemy villages were advised to flee if they came across him. 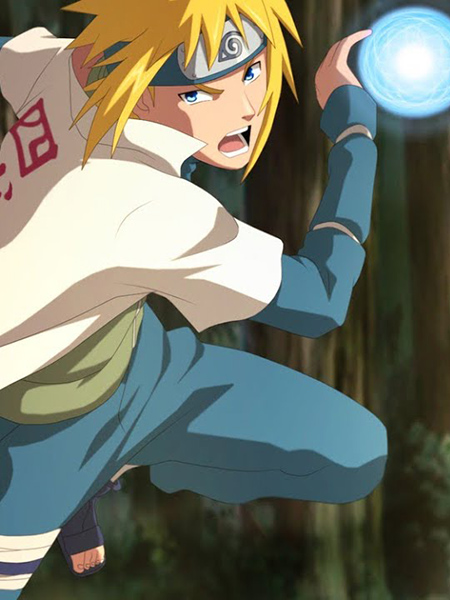 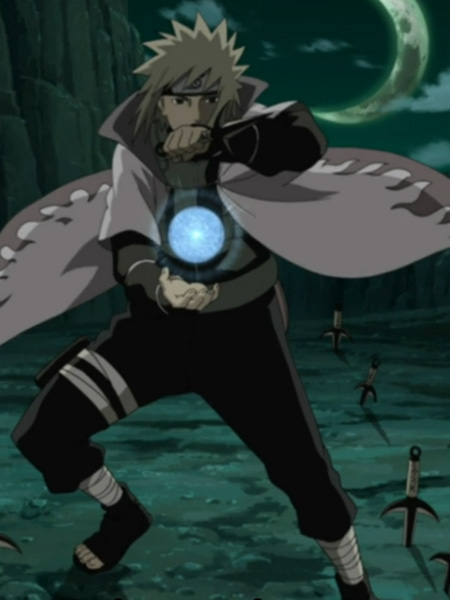 Minato is shown standing in battle forming a ball of energy with his right hand. He is wearing blue pants with the typical sandals of the characters in this manga, as well as a green jacket and a long white coat with red flames on the edges. He also holds a dagger in his left hand. Finally, at the head level, he wears his blue headband with the symbol of the village and a part of his blond hair goes up in peaks on the top of his head while the rest falls in his neck. 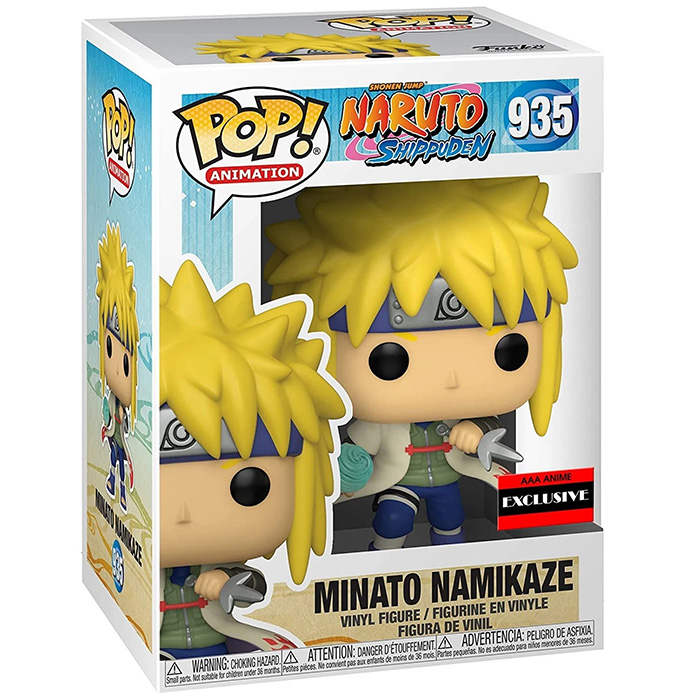