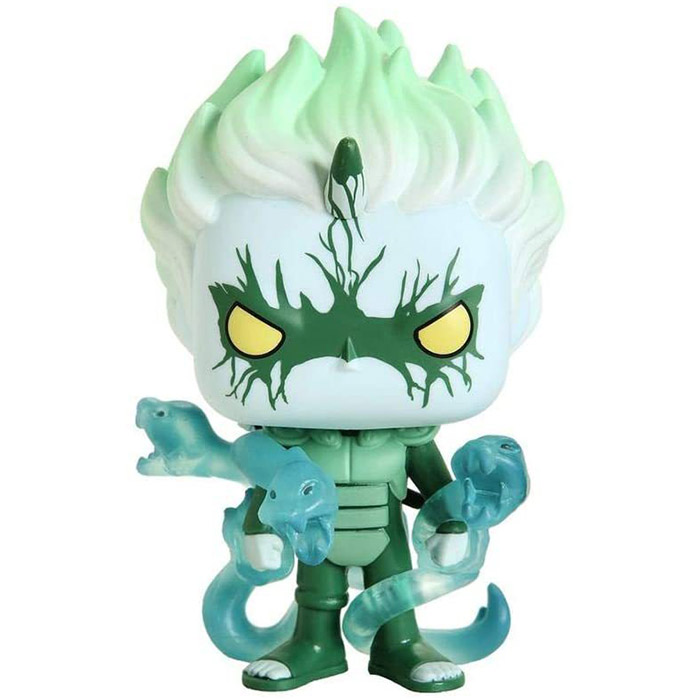 Mitsuki is one of the main characters in the Boruto anime series. This one takes place in the same universe as the anime and manga series Naruto Shippuden. It is both a spin off and a direct continuation of it since we follow the adventures of Boruto who, wishing to follow in the footsteps of his father, decides to follow a ninja training. Like Sakura and Sasuke at the time of Naruto, Mitsuki is one of the boys with whom Boruto will follow the very hard training of ninja. His strange appearance is due to the fact that he is in fact the result of an experimentation of Orochimaru, one of Naruto’s ancestral enemies. But he was left free to choose his own path and he chose the path of goodness with his friends. Like Boruto, he proved to be very brilliant and capable of mastering powerful fighting techniques. 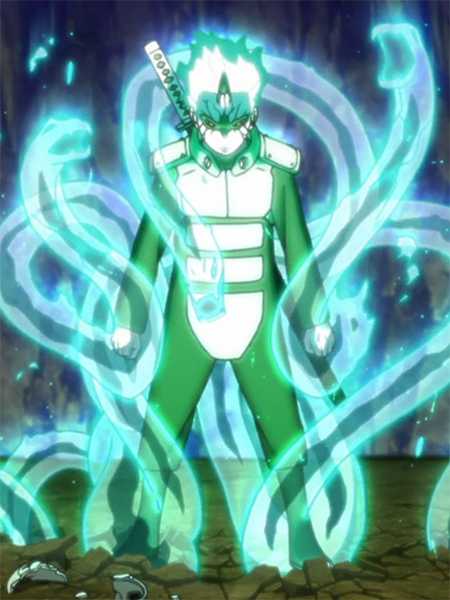 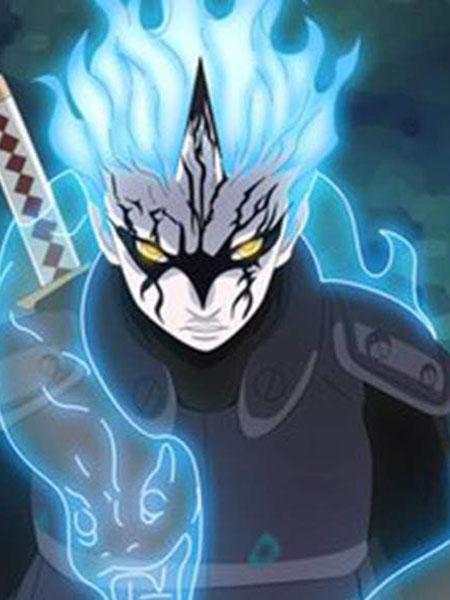 Mitsuki is shown here in “sage mode” in a glows in the dark version using a fighting technique during which he draws energy from the Earth. His body becomes even whiter with shades of green, including his hair which points upwards. He wears a green ninja outfit with a kind of plate armor on his chest. At the head level, some green veins start from his eyes which have become yellow and a horn starts from the top of his forehead. Finally, we find the transparent blue/green snakes that start from her body. 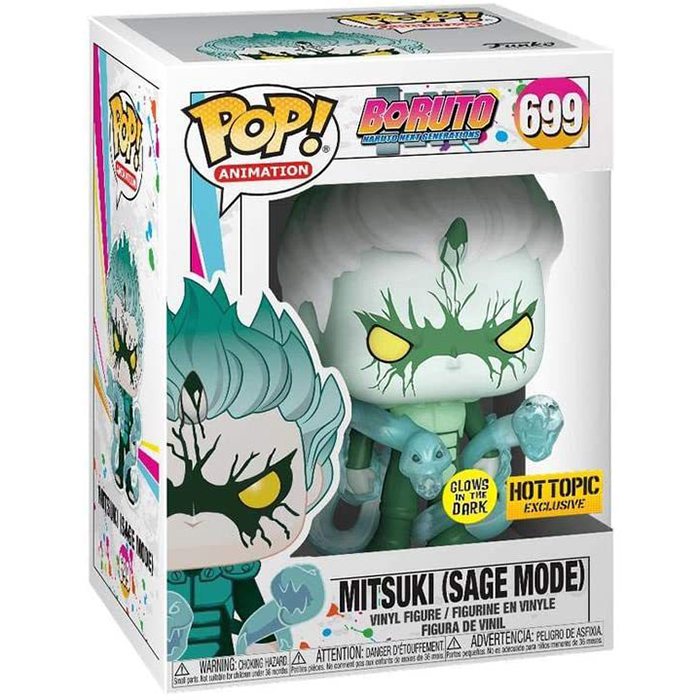