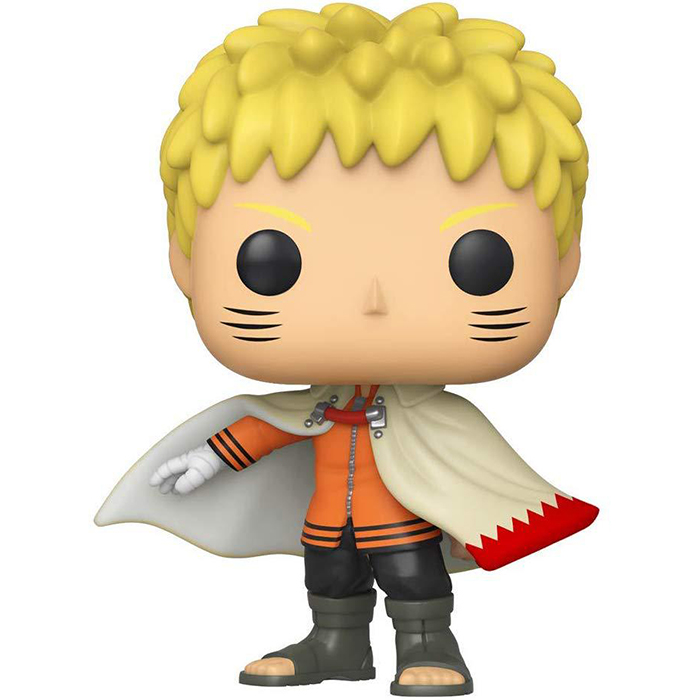 Naruto is the central character in the Naruto anime series and manga set in a modern Japan where the tradition of ninjas is very important. He is also part of the spin-off series Boruto, which focuses on his son who also wants to become a ninja. While in Naruto, he was training to become a ninja with his friends, in Boruto, he became Hokage of Konoha village and had a child with Hinata. Having the highest functions in the village, Naruto became a very busy man, which pushes his son to want to do everything to impress him and thus attract his attention. If he is in this manga a very secondary character, he allows of course to make the link between the two series taking place in the same universe. 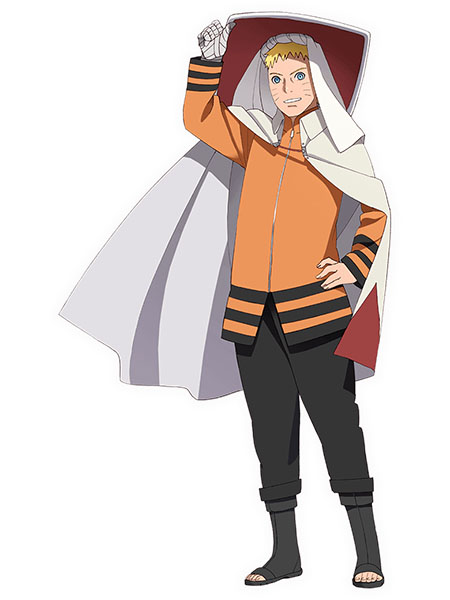 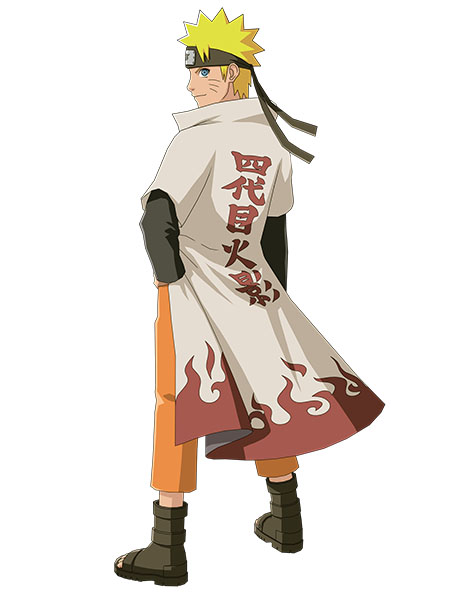 A man who has grown up

So Naruto is pictured here as the hokage version. He is wearing black pants with open-toed boots. He also wears an orange tunic with black stripes and his hands are bandaged. Of course, he is wearing his white hokage cloak with red edges with jagged patterns. On his head, we find his blond hair but styled much shorter than before, as well as the famous marks on his cheeks. 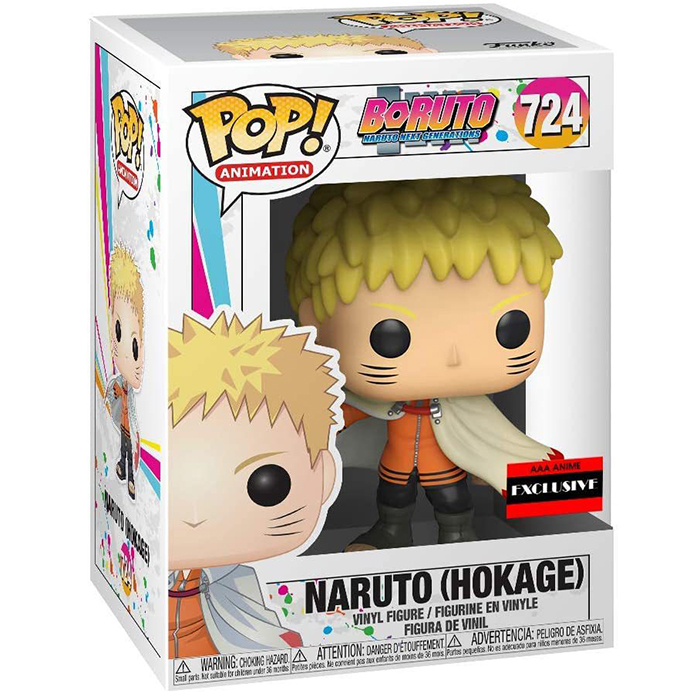