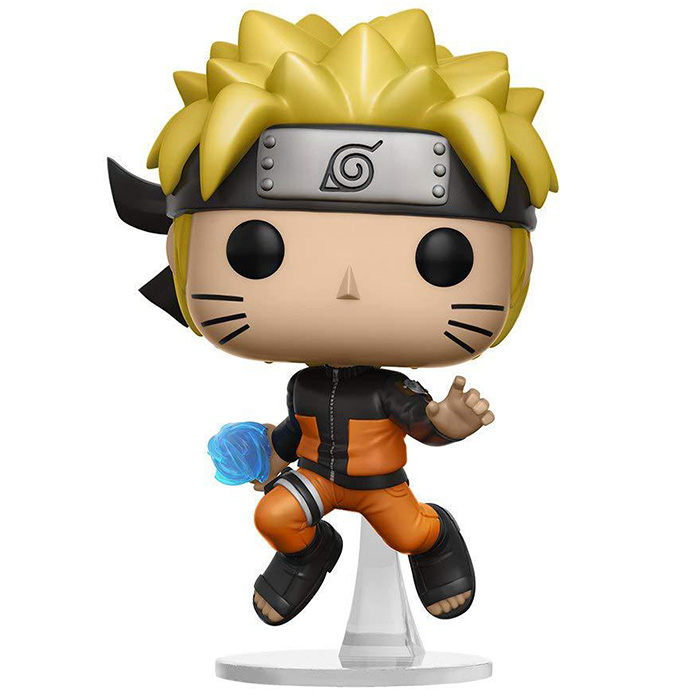 Naruto is the hero of the anime series and manga Naruto Shippuden set in a futuristic but at the same time still very traditional Japan since ninjas are still very present and respected. Naruto is a boy who absolutely wants to follow the training to become a ninja but things are complicated for him because he shares his body with a nine-tailed fox demon that arouses distrust and animosity of the people around him. However, he manages to become a ninja student and shows great talent right away, quickly mastering advanced techniques such as the Rasengan, the formation of a swirling orb made of chakra that he can send on his opponent to pulverize him. 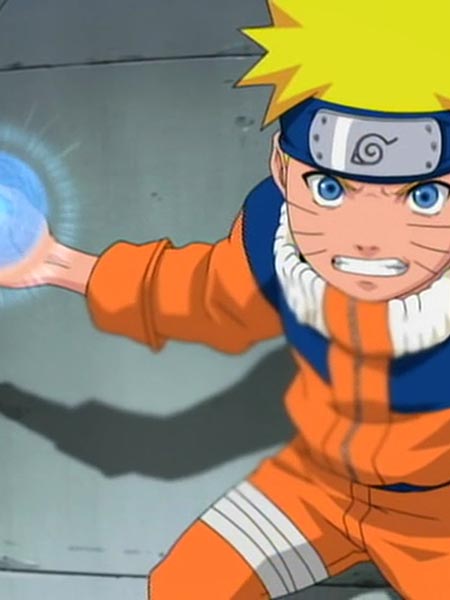 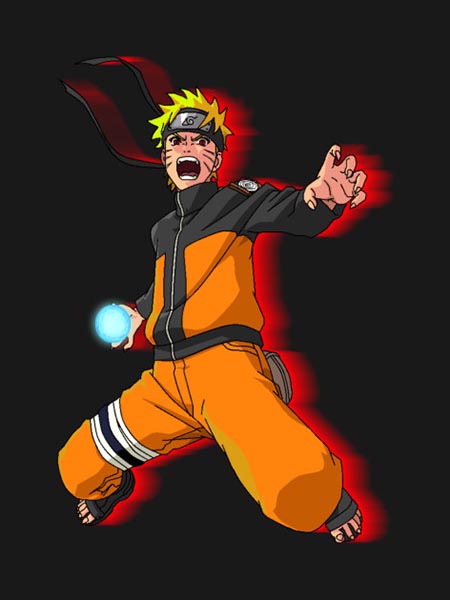 Naruto is represented here about to throw the famous rasengan. He is posed on a transparent plastic base, which allows him to look like he is in full jump. He is wearing orange pants with a matching jacket and black sandals. In his right hand, he is forming a rasengan, a kind of swirling blue ball. Finally, on the head, we find his yellow hair, his black headband and the moustache drawn on his cheeks. 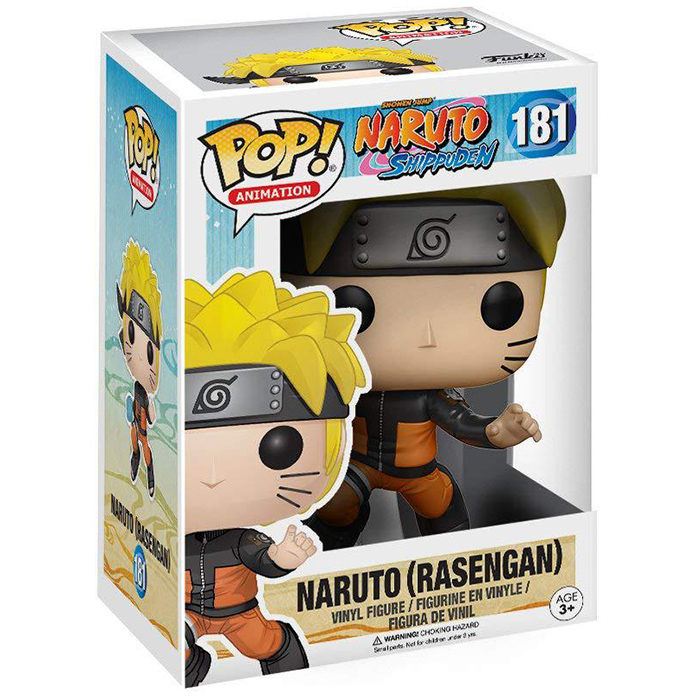