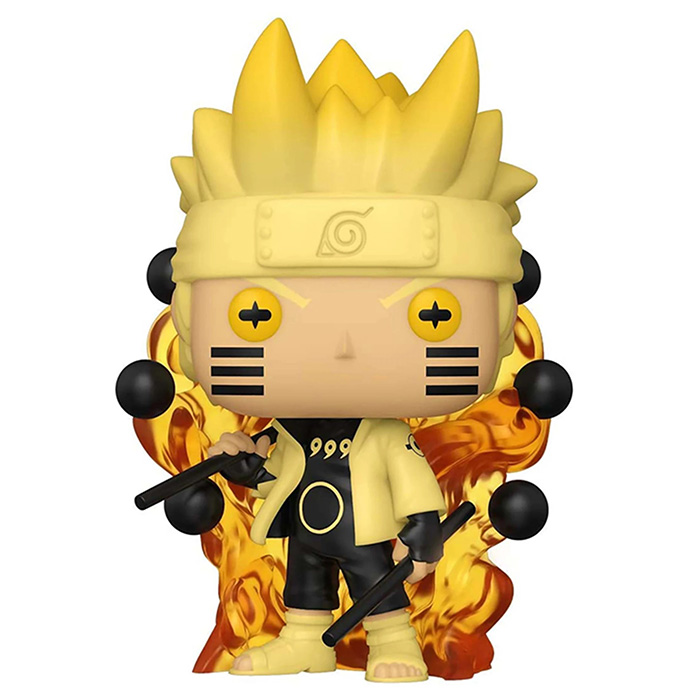 Naruto is the hero of the Naruto Shippuden series and manga. His father was one of the greatest ninjas in the village of Konoha and he “sacrificed” his son at birth by binding him to Kuruma, a nine-tailed fox demon, in order to protect the rest of the village from it. As he grows up, Naruto wants to prove his worth by becoming a ninja as well, but he is often viewed with suspicion because of the demon. However, with time he will succeed in proving his talent and show that he is capable of mastering many techniques, especially those related to the opening of his chakras and giving him much more power during the fights. 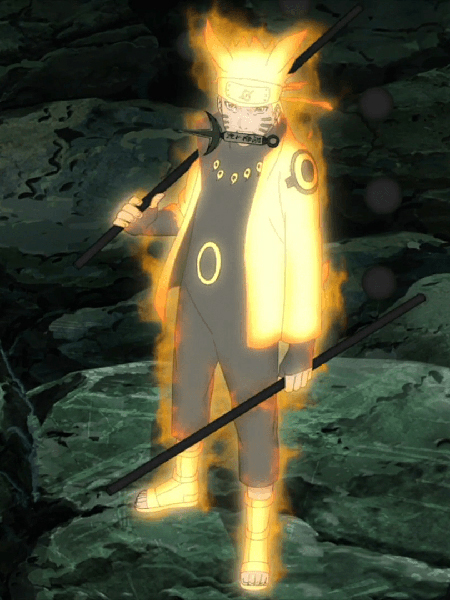 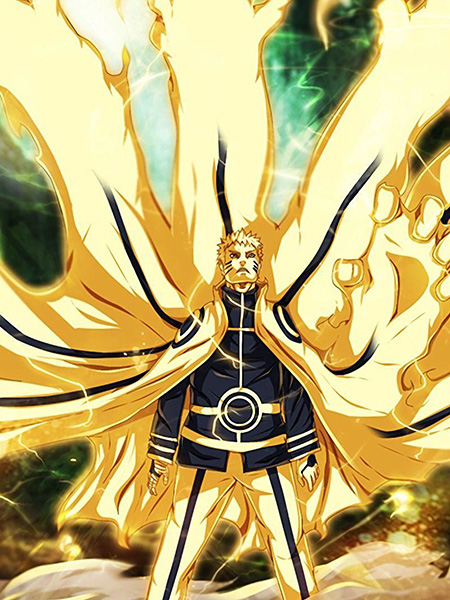 For this exclusive version of this figure, Naruto is shown here using the sixth path sage fashion technique. He is wearing black pants and tunic with a yellow jacket and sandals. He carries a stick in each hand and he is surrounded by floating black balls representing the opening of his chakras. He is also surrounded by large flames that glow in the dark. Finally, his usually black hair is yellow here and his eyes are also yellow with a black pattern. 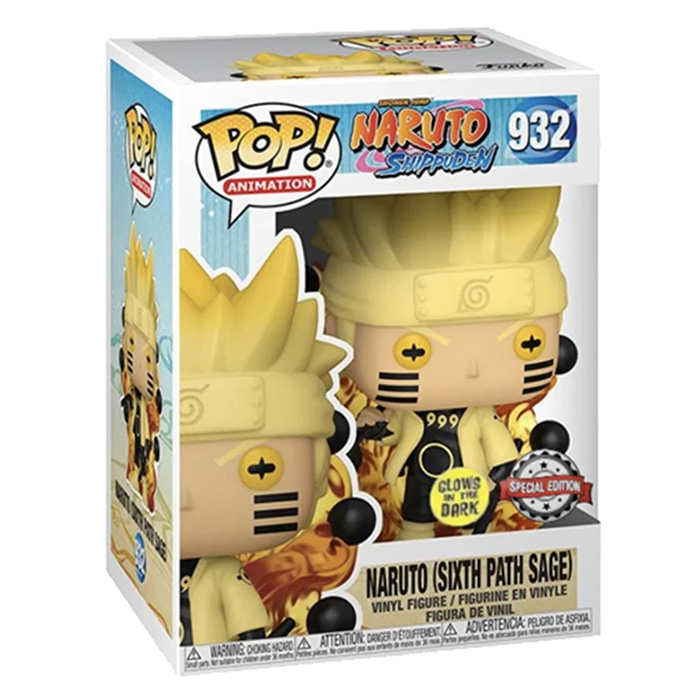