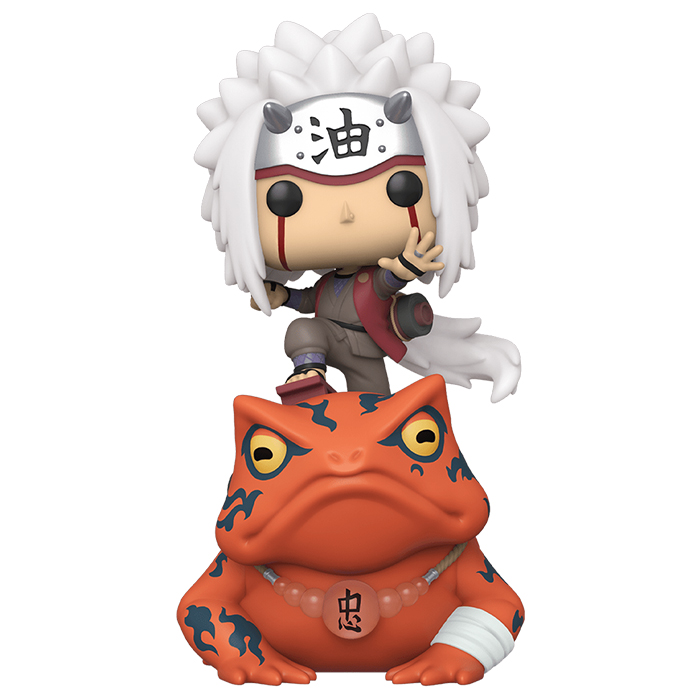 Jiraiya is a character from the Naruto Shippuden anime series and manga. He was one of the three legendary Sannin along with Tsunade and Orochimaru. He is often called the hermit of the toads because he was a hermit and received special training at Mount Myôboku, a strange place where all kinds of frogs and toads of all sizes live, some very small, some giant. He traveled the world to gather all kinds of wisdom that he later taught to his students, including Naruto who was his godson and his last student before he died. He was a very wise man and always ready to joke. He was often considered a pervert because he made it a hobby to spy on women when they bathed in public baths. 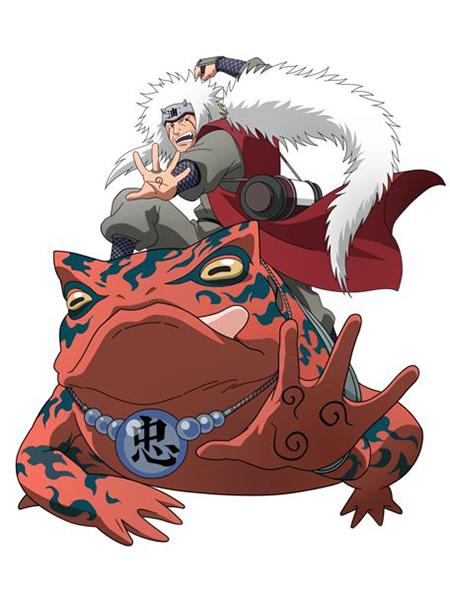 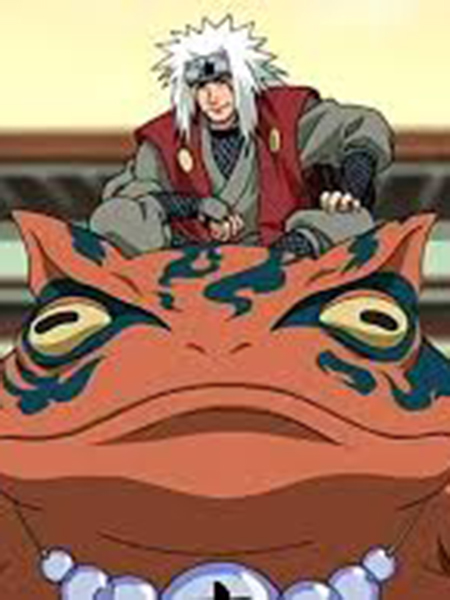 So here Funko has depicted Jiraiya on one of his famous toads that taught him his most valuable techniques. The latter is a very large orange toad with black flame patterns and yellow eyes. He also wears a necklace with orange beads plus a larger one with a Japanese symbol on it and wearing a white band around the leg. Jiraiya is standing over him wearing a grey outfit as well as a red sleeveless coat with a white tip, giving the impression of an animal’s tail. On the head, we find the red makeup under his eyes and a silver headband with spikes on the forehead. Finally, we find her white hair in small peaks on the top of her head. 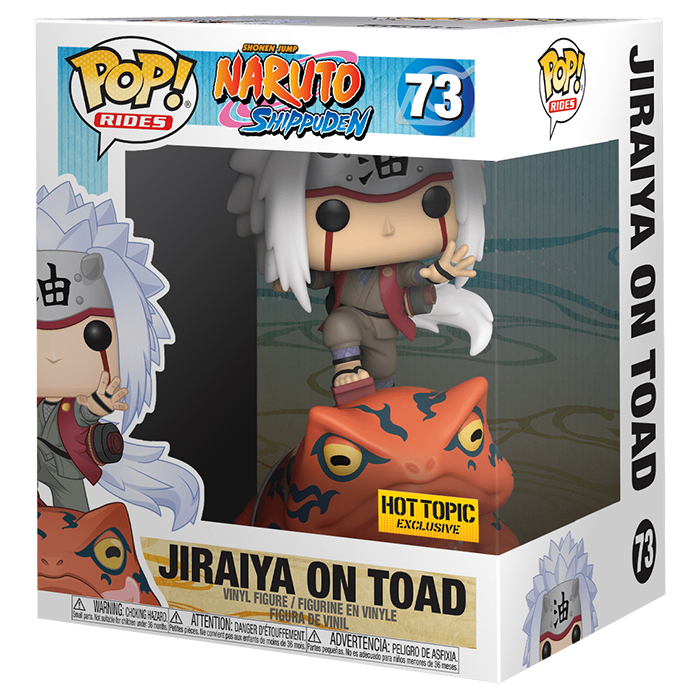