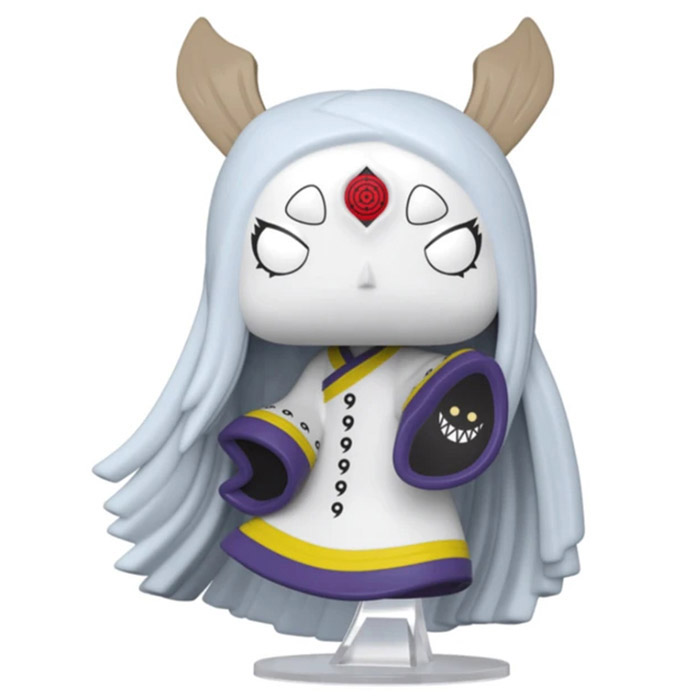 Kaguya is an important character in the history of the Naruto Shippuden manga and anime series. She was the matriarch of the Osutsuki clan hundreds, if not thousands of years before the creation of the famous hidden villages. It was a time of perpetual wars and Kaguya decided to put an end to it. To do so, she ate the fruit of the divine tree and also obtained almost divine powers. She managed to end the wars and later gave birth to two sons who were the first to be born with chakra inside and able to manipulate it, giving birth to the first ninjas. This angered the Divine Tree who wanted him back at all costs and he became Jubi, the ten-tailed demon. 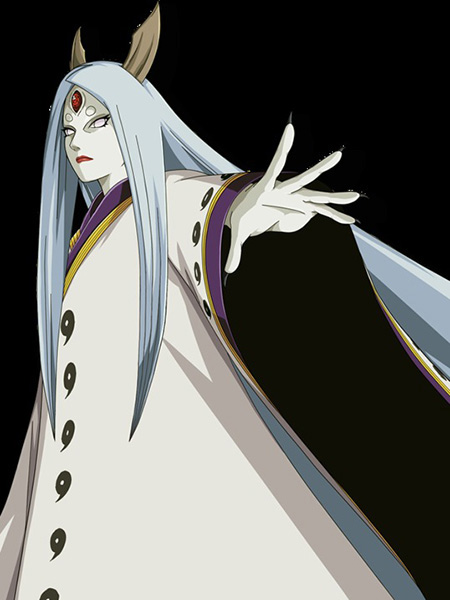 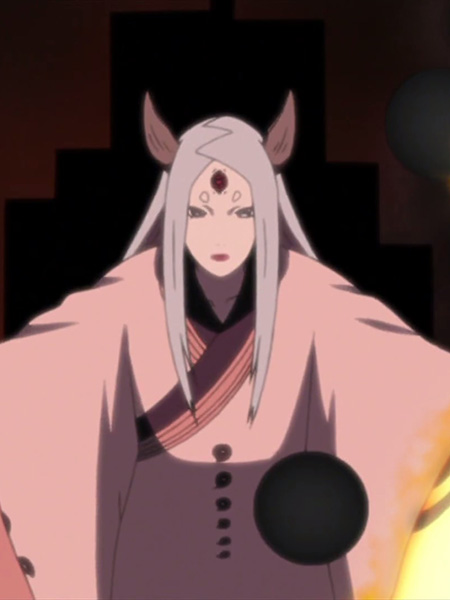 Kaguya is represented here with the appearance she took once she merged with the divine tree. She is placed on a transparent base which gives the impression that she is levitating. She wears a long white dress with yellow and purple edges and black buttons on the front. She has large sleeves and a raised arm showing that a creature is hiding in it. At the head level, we find her face and her white eyes as well as the mark of the red chakra on her forehead. Finally, she has very long hair of a very light blue and some kind of antlers on the top of her head representing reindeer antlers. 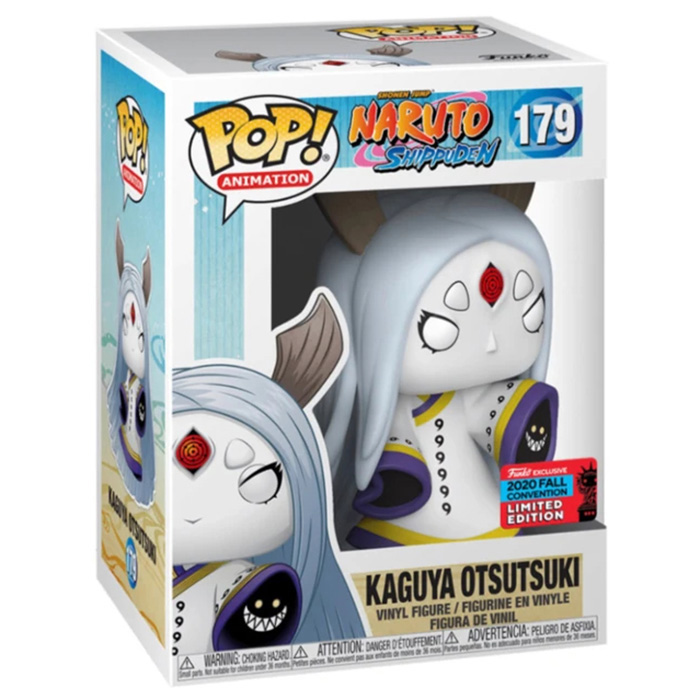