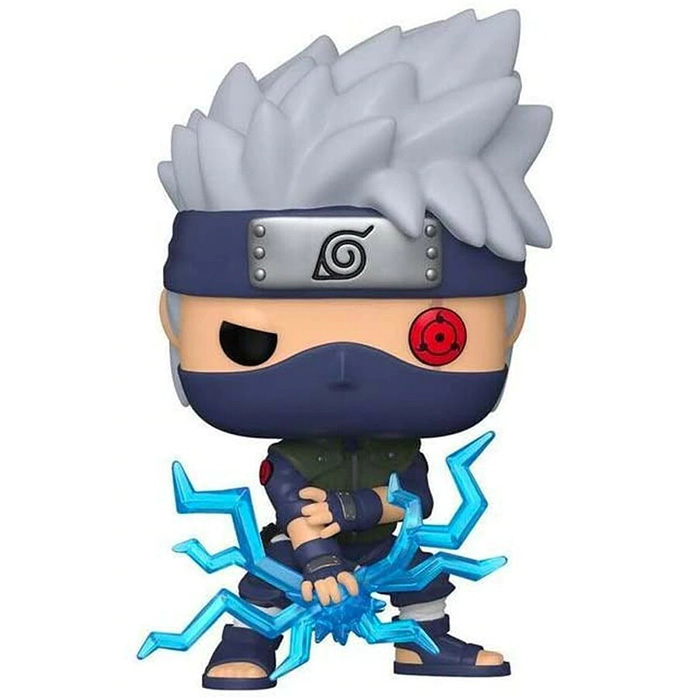 Kakashi is an important character in the Naruto Shippuden manga and anime. Although he is not one of the heroes, he is the mentor and the one who trained Naruto and his friends who are the main characters. Kakashi is a ninja from the hidden village of Konoha. He is the son of Sakumo Hatake, a ninja who was considered one of the greatest until one day he prioritized his friends’ lives over his mission. He was then so maligned and slandered that he eventually committed suicide. Since that day, Kakashi has taken it upon himself to go against the grain and always follow the rules to the letter and put his mission first. For this reason, he can often appear cold and insensitive. 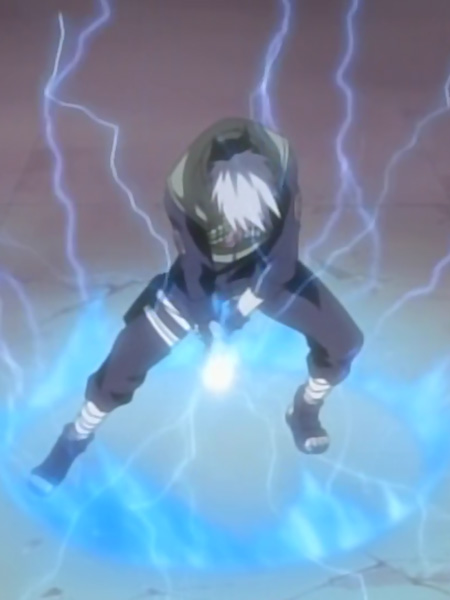 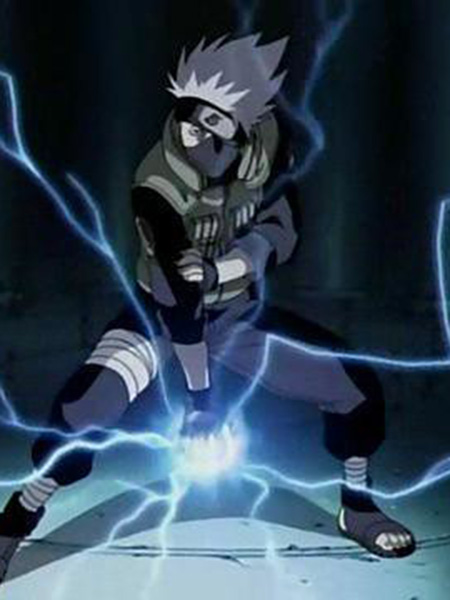 Kakashi is shown here using his lightning blade technique. He is wearing his usual dark blue outfit with open-toed shoes and a green vest. He is also wearing blue gloves. At the head level, we find his grey hair maintained by his blue headband. His face is, as always, partly hidden by this blue band on his nose and his mouth and we find this characteristic eye of his Sharingan chakra. Finally, he is in combat posture and produces his lightning blade technique represented by flashes of transparent blue plastic. 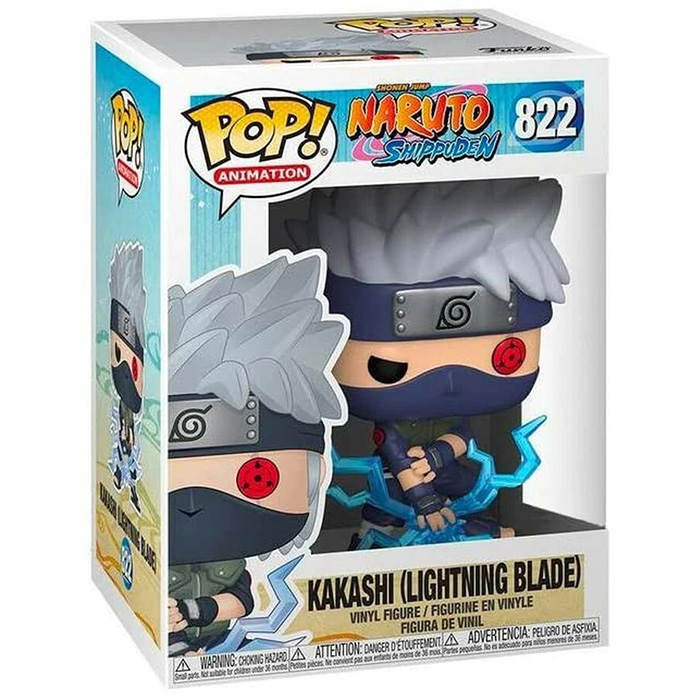