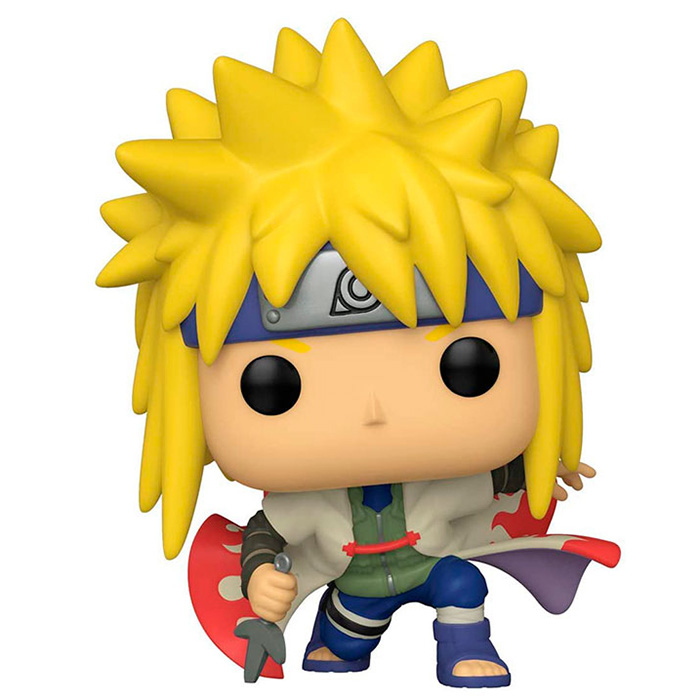 The legendary father of a legend

Minato Namikaze is an important character in the history of the Naruto Shippuden manga. He is the father of the hero Naruto, a young man who is determined to train as a ninja although he is often mistrusted because he shares his body with a nine-tailed demon. Minato was the fourth Hokage (village leader) of the hidden village of Konoha. His ninja skills were legendary and members of neighboring and enemy villages were told to run away if they saw him. He died shortly after the birth of his son while protecting the village from a fox demon. 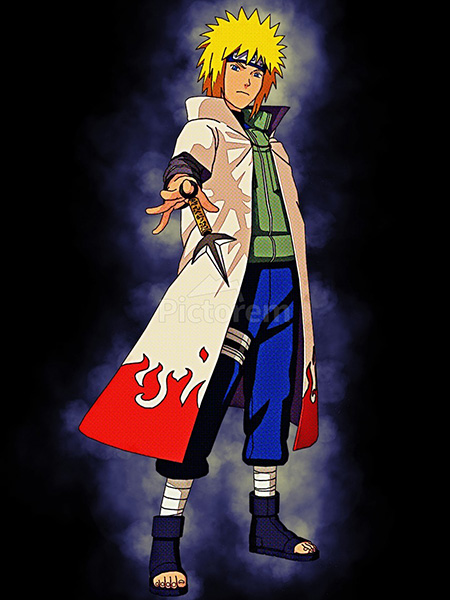 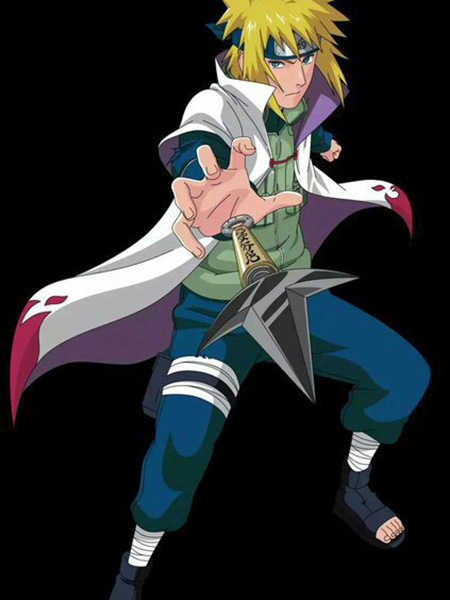 Minato is shown here in full battle with a knee in the ground and his dagger stuck in the ground. He is wearing blue pants with matching sandals and a green vest. He is also wearing a long beige coat with red flames on the edges. Finally, at the head level, we find his blond hair styled in spikes on the top of the head and falling in longer strands around the head. 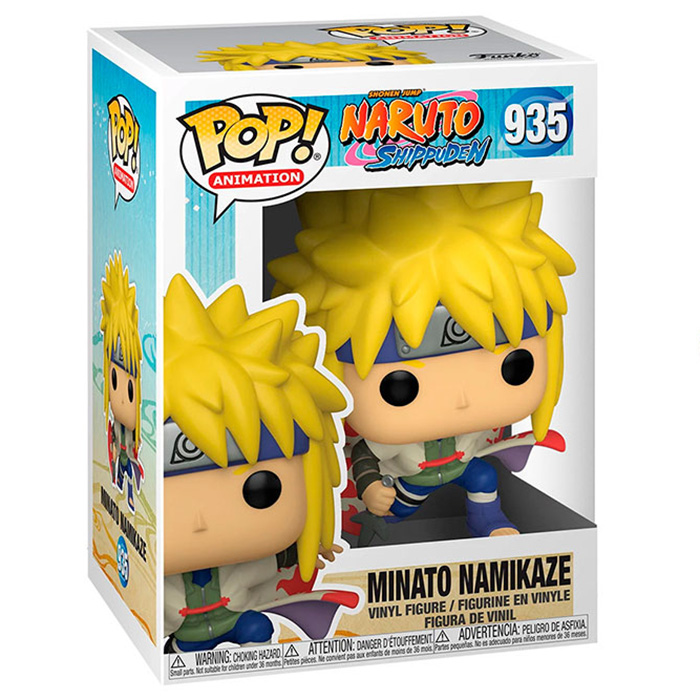