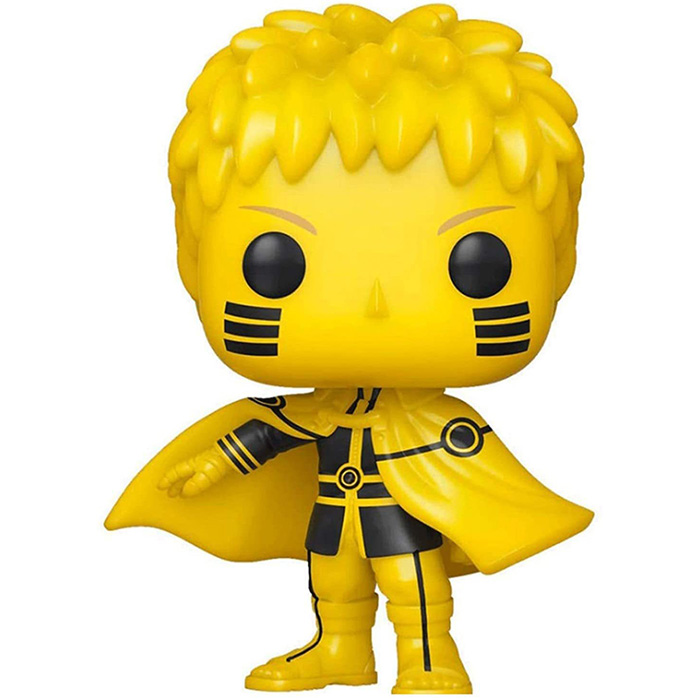 Naruto is a character in the manga and anime Boruto, which is a sequel to Naruto. While in the latter, he was the hero, a young boy who wished to become a ninja despite sharing his body with a nine-tailed fox demon. This made him both more powerful but also made others distrust him. In Boruto, which focuses on his son Boruto, whom he had with Hinati, he became one of the hokage of Konoha village. He has become a legend among the ninjas and is a very busy man. His son Boruto, also training to become a ninja will do everything to impress him. 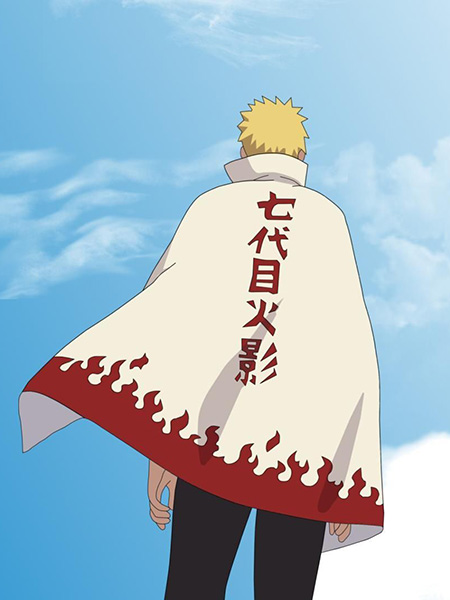 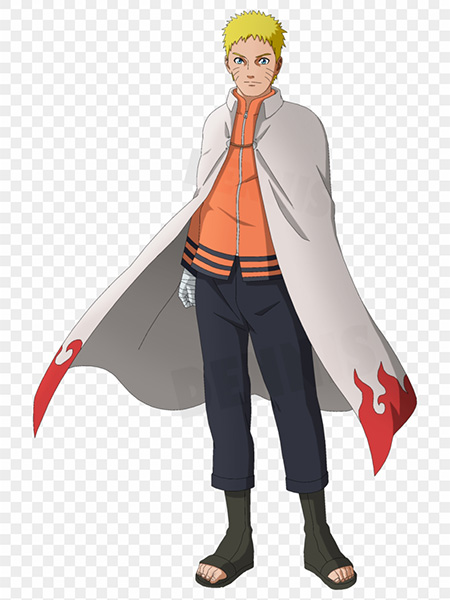 Naruto is shown here with his hokage outfit in a glows in the dark version with that bright look he gets when he uses certain techniques. He is almost all yellow with some black touches. He wears his usual tunic with sandals and also wears this kind of cape on his shoulders with a raised arm. On his head, his hair is shorter and we can see the marks of the fox demon on his face. 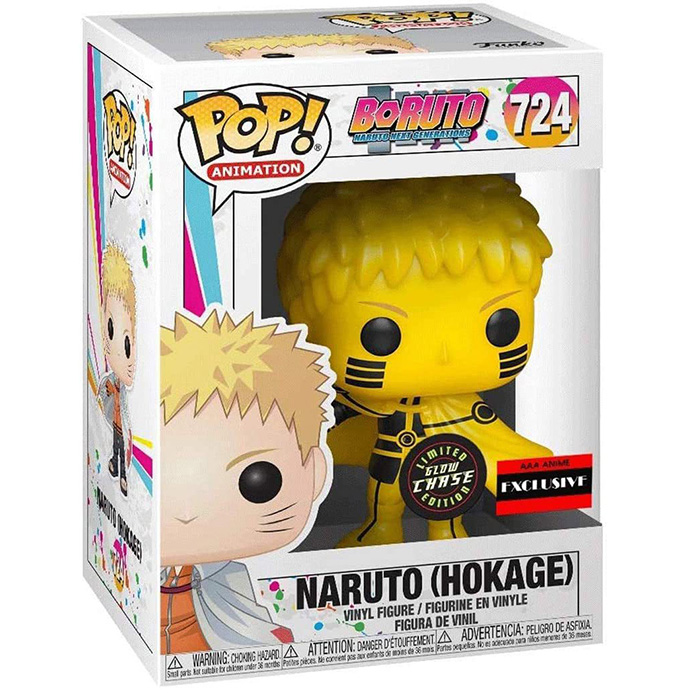