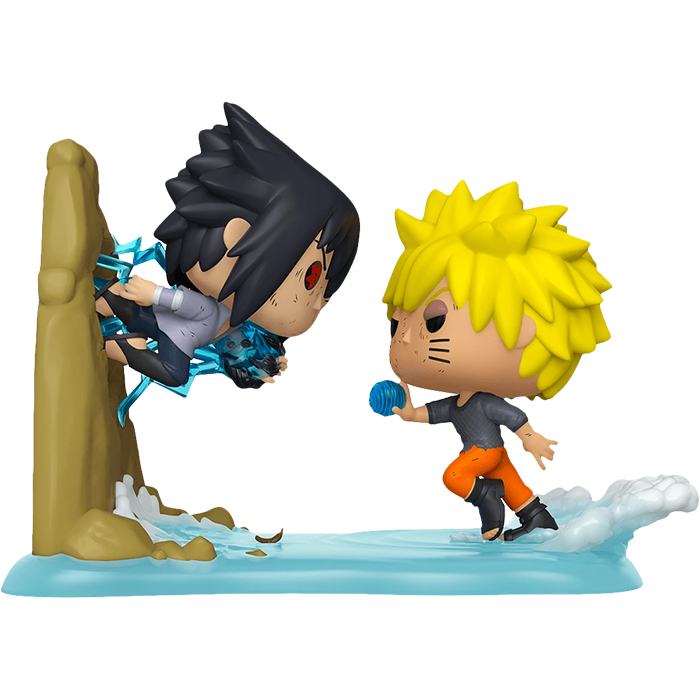 Naruto and Sasuke are two of the main characters in the anime series and manga Naruto Shippuden. This one takes place in a modern Japan but still very much imbued with the ancestral traditions of ninjas. Naruto is a young boy who dreams of becoming a ninja. He already has remarkable abilities but the fact that he shares his body with a nine-tailed demon makes him both stronger and distrusted by others. However, he manages to find Kakashi, the master who will teach him to become a ninja. His apprenticeship will be done with Sakura and Sasuke. If the latter has a cold and detached attitude at the beginning, he will eventually open up and become a very close friend of two other apprentices. But after several failures and disappointed by his training in Konoha with Kakashi, he will decide to join one of the enemies of this one, Orochimaru, who proposes to train him in his own way. 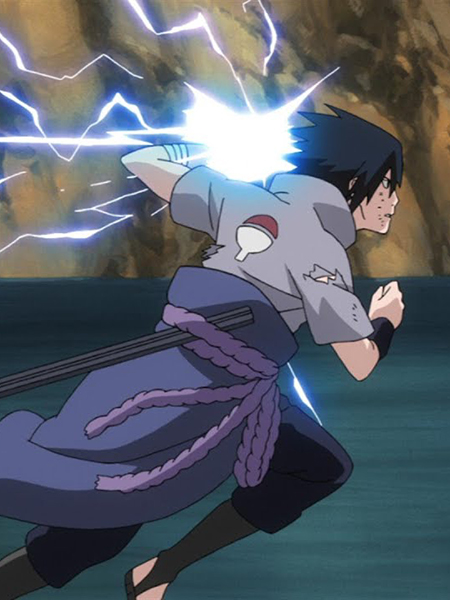 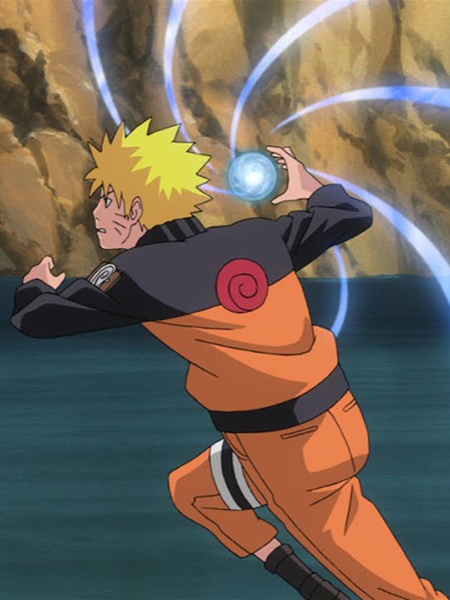 A battle at the top

So here Funko has depicted the fight between the two boys when Naruto tries to stop Sasuke from leaving. The base represents the water they are in and on the left side, there is a stone wall on which Sasuke is leaning. The latter is using one of his advanced ninja techniques, producing blue lightning. We find his usual outfit composed of black pants and a purple tunic. His clothes are damaged by the fight and his face scratched, just like Naruto’s. The latter has his usual blond hair in spikes and he wears his orange pants and is producing a ball of energy. 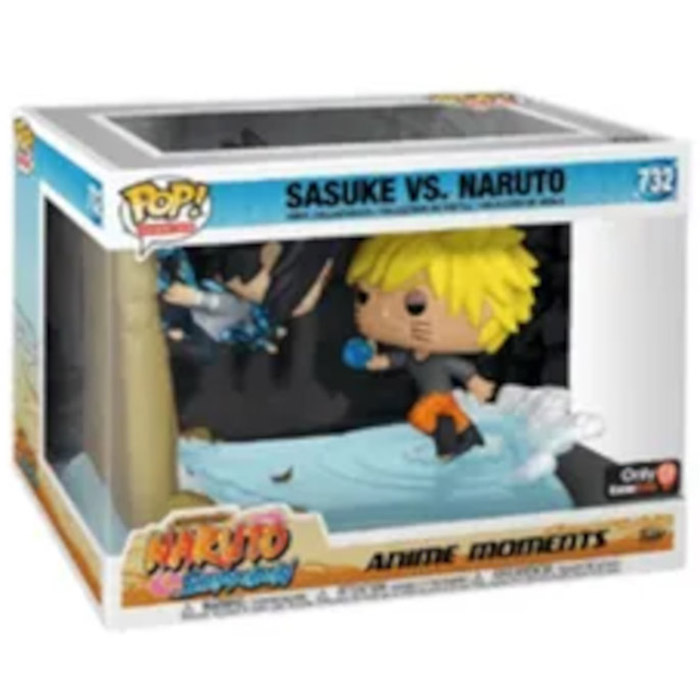