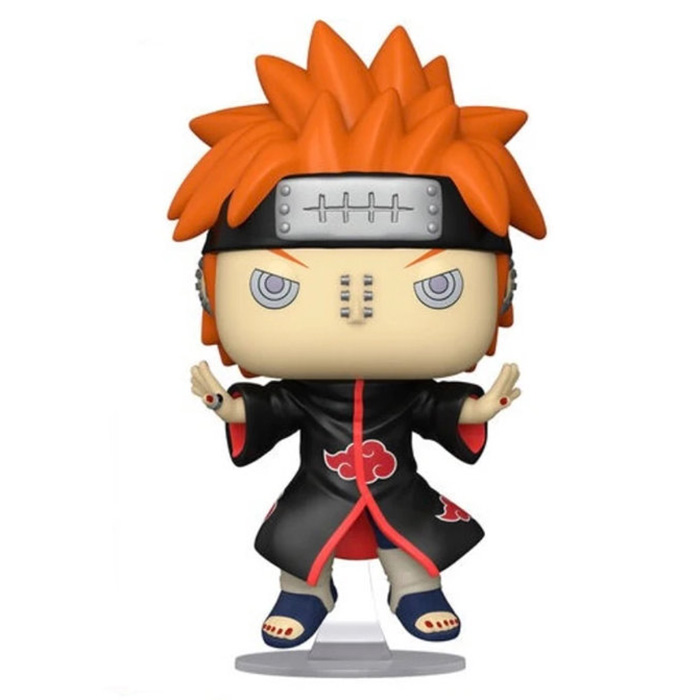 A Thirst for Revenge

Pain is an important character in the Naruto Shippuden series and manga. He is an antagonist of the hero Naruto and the village of Konoha in general. He has a deep hatred and anger towards the established system of ninjas because his parents died, caught in the crossfire during a war of ninjas when they were not. Pain decided to become a ninja himself, learning all the most powerful techniques in order to create the Atsutaki, a powerful criminal organization of lawless ninjas. 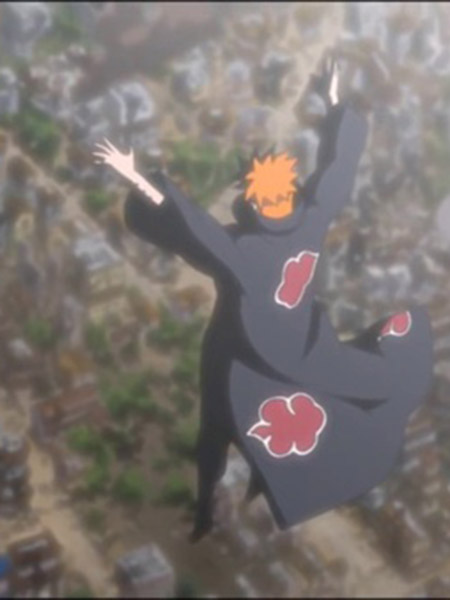 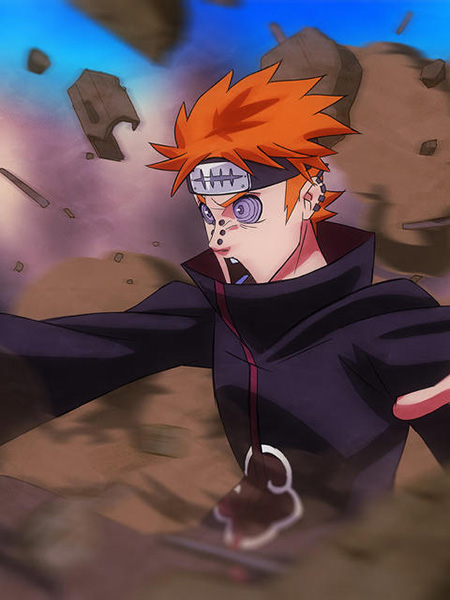 For this exclusive version of the character, Pain is shown here using the almighty push technique, allowing him to create a strong wave of repulsion pushing everything far away around him. He is shown on a transparent plastic base levitating slightly. As always, he wears the long black tunic with a sort of red cloud of the Atsutaki and stands with his hands at his sides, palms open. On his head, we can see the kind of implants on his nose and his grey eyes with this pattern showing that he is using a specific technique. Finally, he wears a black headband with his orange hair sticking out. 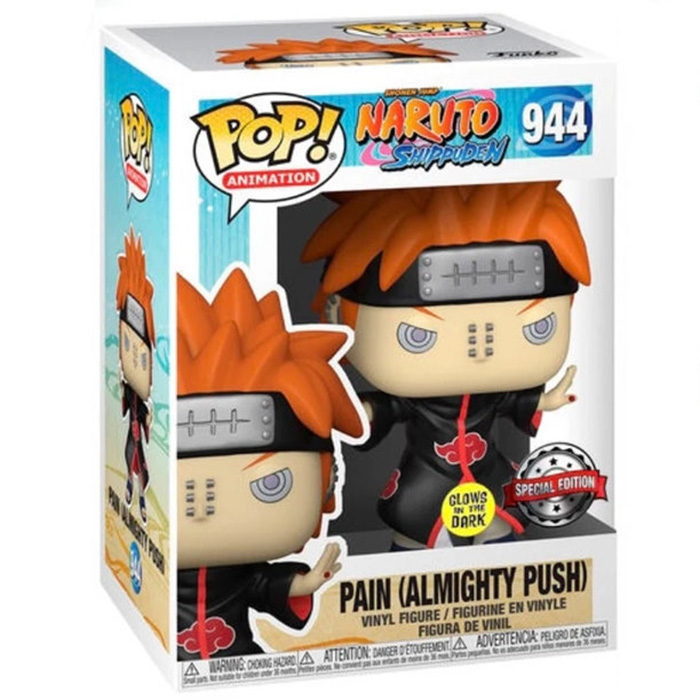