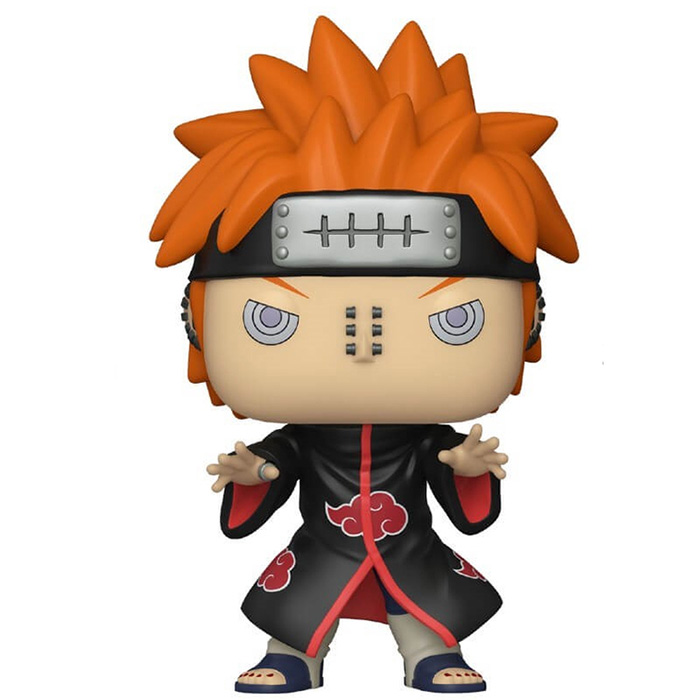 The chief of the village of Ame

Pain, whose real name is Nagato, is one of the main enemies of Naruto and the village of Konoha in the Naruto Shippuden series and anime. His parents were killed during the war between Konoha and Ame because they were mistaken for ninjas. This gave him a certain hatred of the established ninja system and he trained to master all possible chakras and techniques. He became a member and then the leader of the Atsutaki, an organization of freed ninjas and one of the largest criminal organizations in the world. 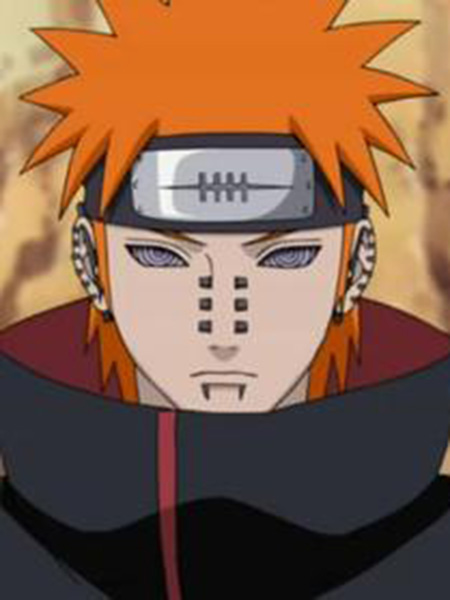 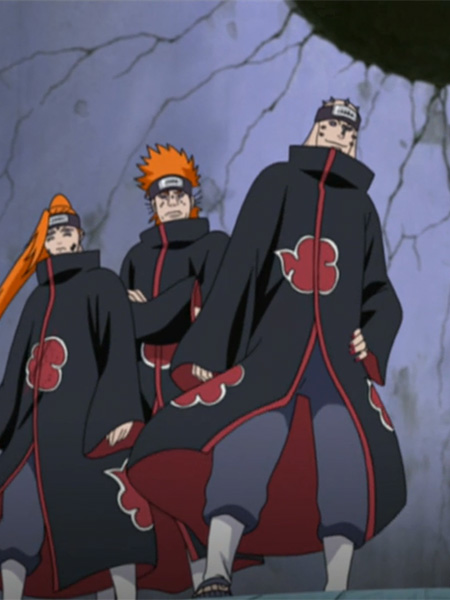 So Pain is shown here wearing the Atsutaki outfit that he wears most often in the series. It is a long black tunic with red edges, large sleeves and red clouds drawn on it. He stands with his hands in front as if using one of his techniques. At the head level, we find his red hair styled in spikes and we also see in his eyes that he is using one of his techniques. Finally, we find these kind of piercings at the level of his nose which allow him to better communicate with his chakras. 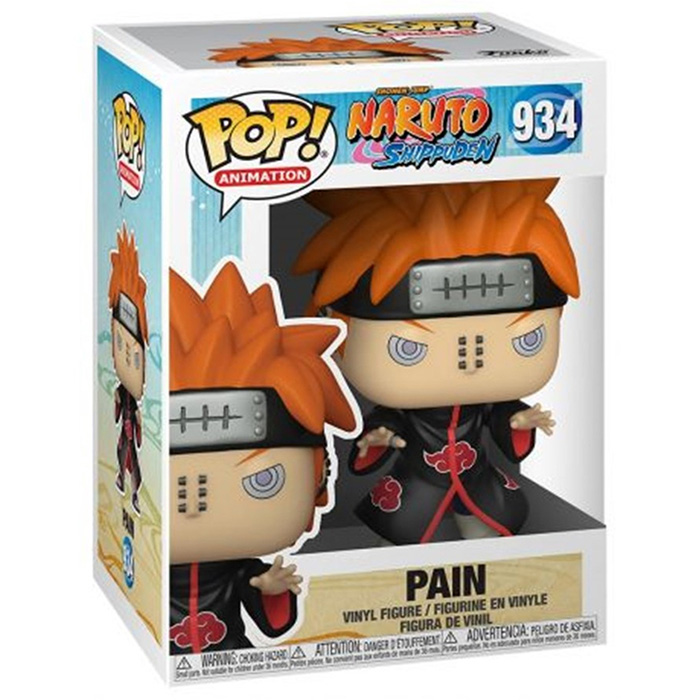