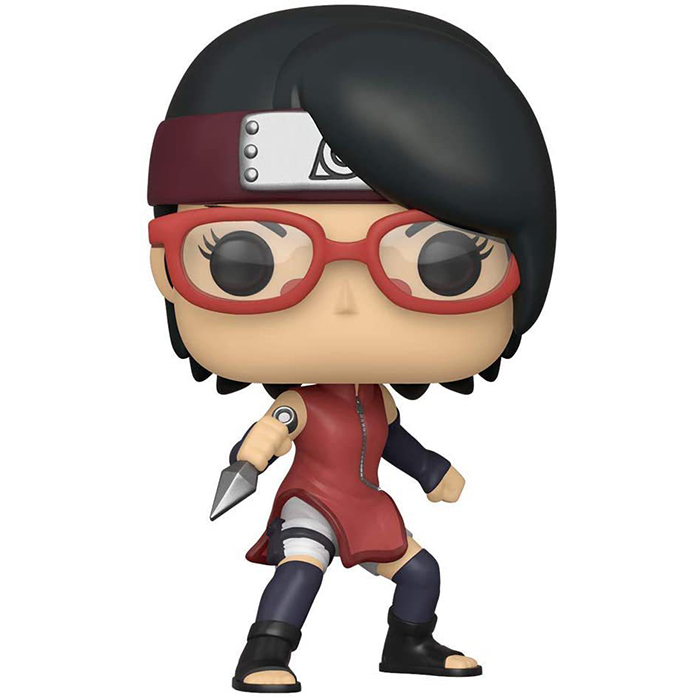 Sarada Uchiha is one of the important characters in the anime series Boruto, the spin-off series following the famous Naruto Shippuden series. Like the latter, it takes place in the universe of ninjas in Japan but is centered on the character of Boruto. She is part of the Uchiha clan of the famous hidden village of Konoha. Her beginnings were difficult because she didn’t know her father and didn’t really know what she should be. Naruto allowed her to meet her father, which taught her that she needed to bond more with her Konohamaru team members if she hoped to one day become Hokage. Having traits from both of her parents, Sarada can be both impulsive and a bit haughty, but she knows how to observe and learn from her peers. 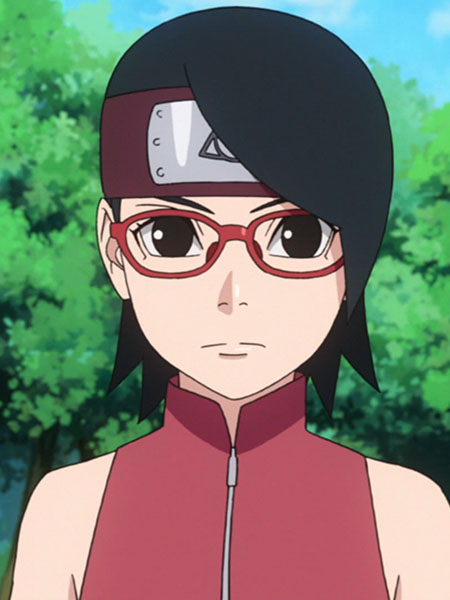 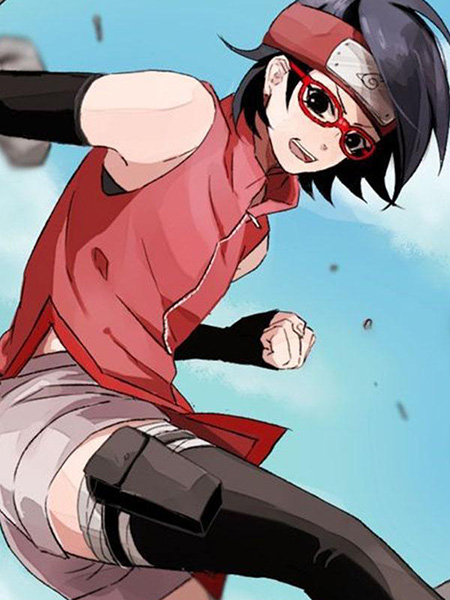 In the midst of battle

Sarada is shown here in her ninja outfit and in full battle. She is wearing a red sleeveless tunic with a slit on the sides to give her freedom of movement. She is also wearing white shorts and open-toed sandals with knee-high socks. She also has sleeves around her forearms and holds a knife in her right hand. On her head, she has black hair cut in a square with a large lock falling in front of her face. She is also wearing red glasses and a headband around her forehead with a metal plate on the front. 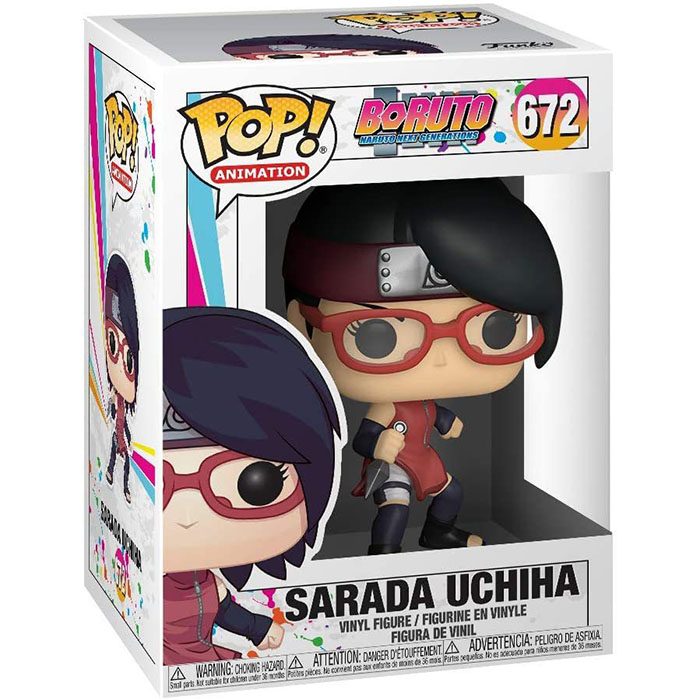