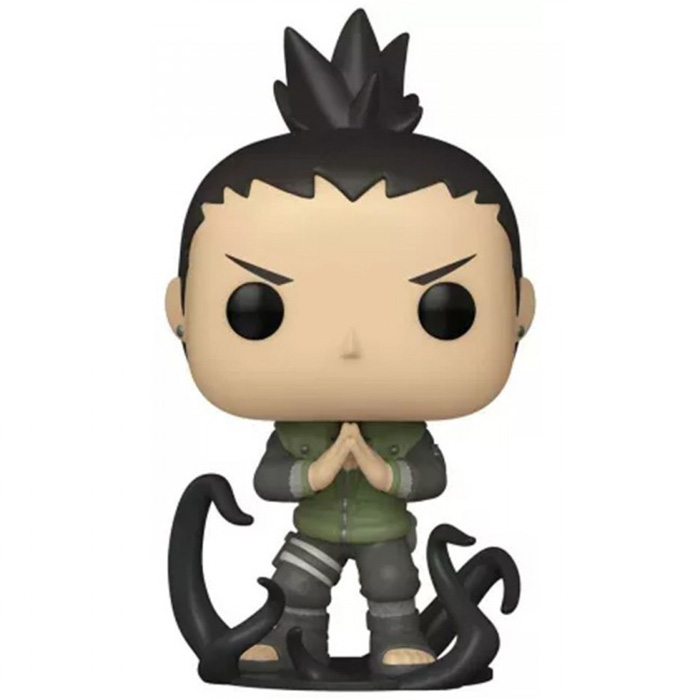 Shikamaru is a member of the Nara clan of Konoha village in the anime and manga Naruto Shippuden. He meets the hero, Naruto, when they are studying at the academy to become ninjas. They are both dunces but in the case of Shikamaru, it is mostly laziness and boredom. He will later prove to be particularly intelligent and gifted for certain tasks, which will earn him important responsibilities. At school, he befriended Chôji, a clumsy boy who was rejected by the others. They always remained friends and this friendship will only get stronger. 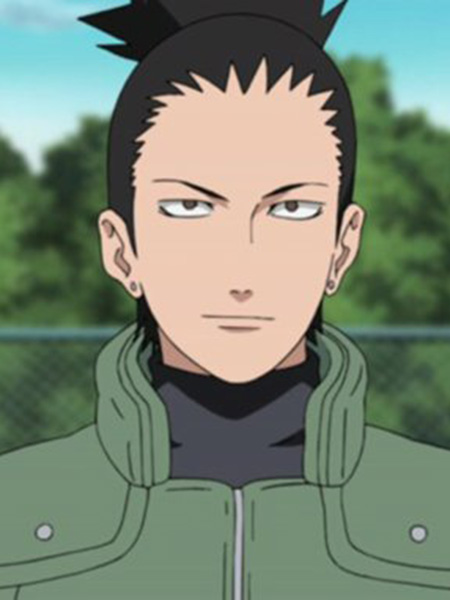 Shikamaru is shown here concentrating to prepare for battle. He is wearing a grey outfit with white stripes on one thigh as well as a green sleeveless vest and the typical sandals of the characters of this manga. He stands with his hands together and wears a concentrated expression. His black hair is pulled back in a short ponytail on top of his head. Finally, he is surrounded by some kind of moving dark matter snakes, the manifestation of his powers. 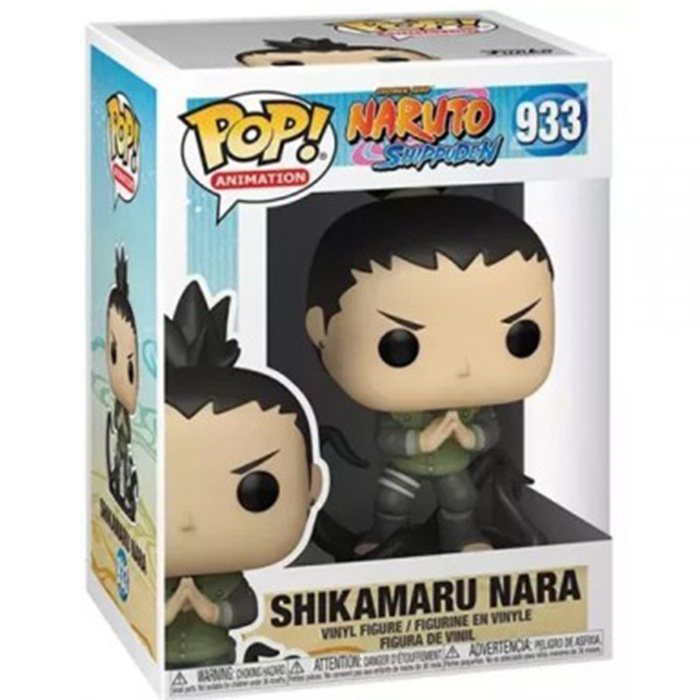