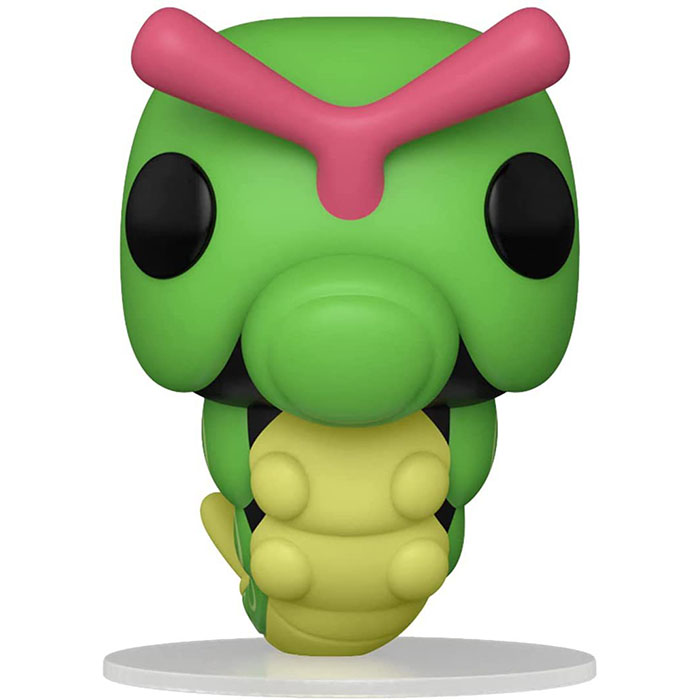 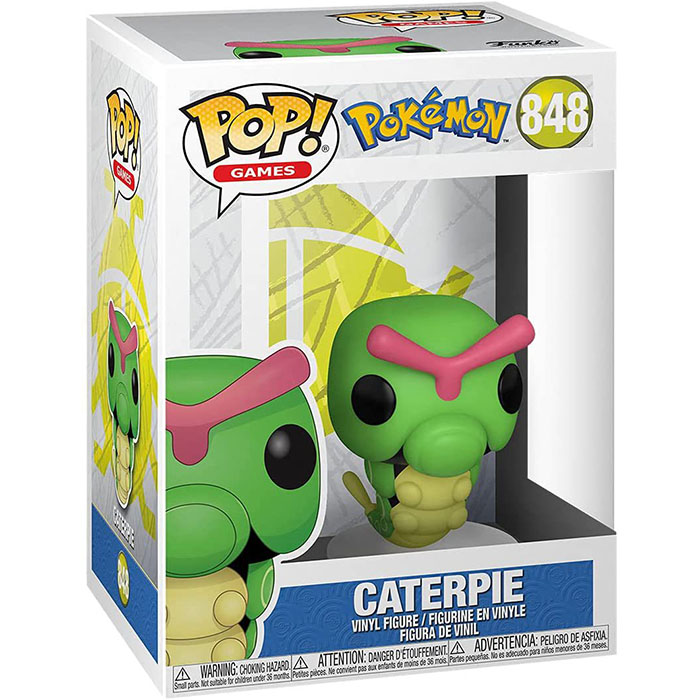 Caterpie (Chenipan in VF) is a first-generation insect-type Pokémon. It is a kind of small green caterpillar that can evolve into a Metapod and then a Butterfree (Chrysacier and Papilusion in French). Being easy to capture and its evolution being fast, this makes it a good pokémon for beginners. On the other hand, it is very voracious and must devour hundreds of leaves per day. Despite its color, which allows it to be well camouflaged, the foul-smelling liquid it can project on its enemies and the silk that allows it to block them, it is very often the target of other Pokémon, especially the flying Pokémon. 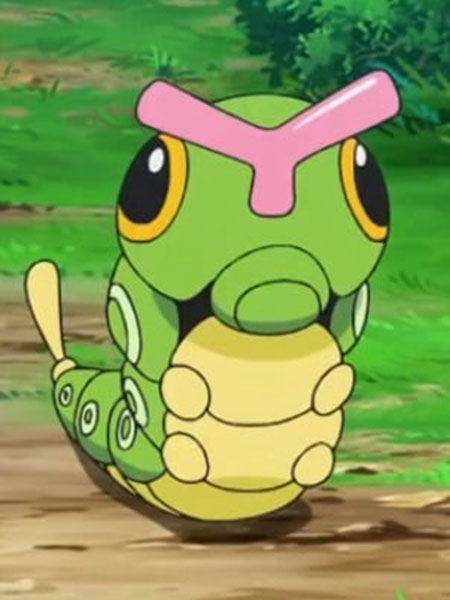 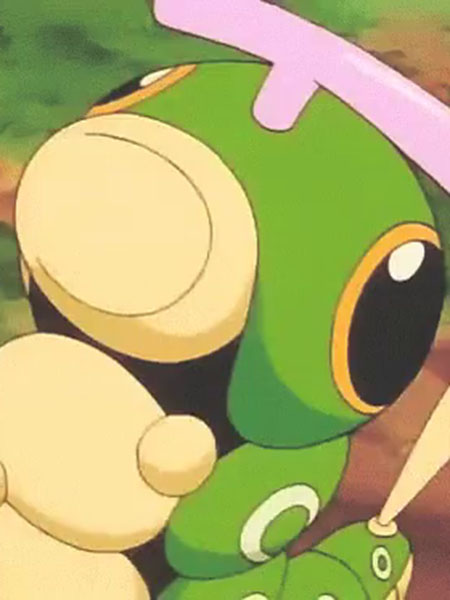 Funko has depicted Caterpie here standing on his transparent base. He has a green caterpillar body with a yellow belly and small round legs but he mostly stands balanced on his belly. He has a face with two big black eyes and a kind of horn that splits into two antennas in the middle of his forehead and with which he projects his foul-smelling liquid.