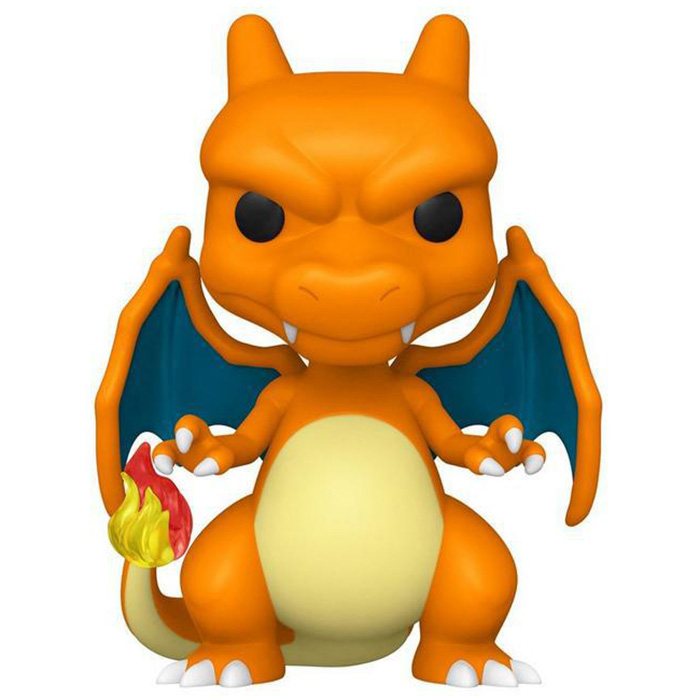 Charizard (Dracaufeu in French) is the final form of the first generation pokémon Charmander (Salamèche) and the evolution of its intermediate form Reptincel (Charmeleon in English). It is a fire and flight type pokémon since its final evolution makes it grow large dragon wings. It can still evolve into Mega Charizard X or Y. Its basic abilities are the same as Charmander’s, i.e. fire attacks increased by 50% and critical hits can also be increased if the weather is “harsh sunlight”. The main difference with Charmander is that he flies and that the flame at the end of his tail is much bigger. 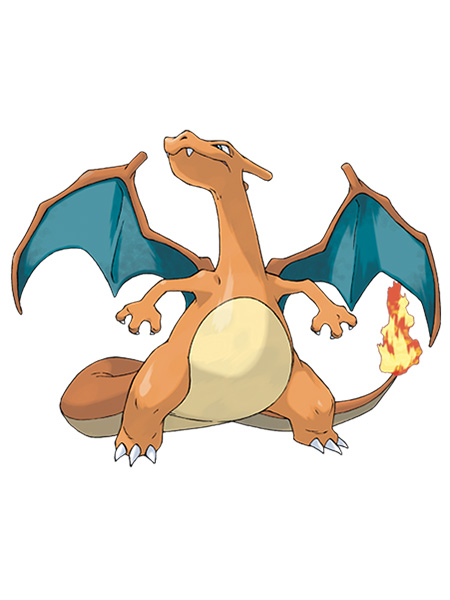 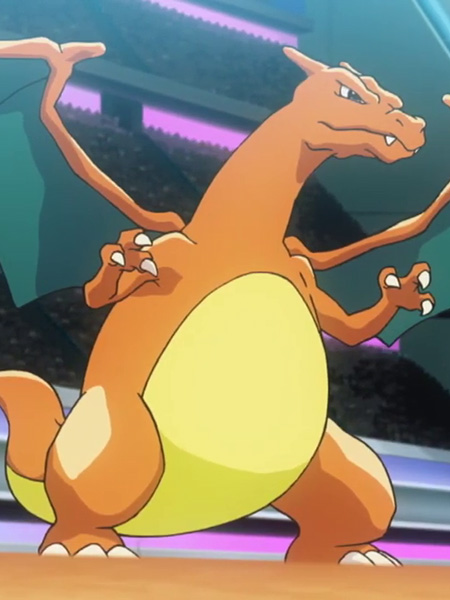 A pokemon on fire

Charmander is shown here in a diamond version, that is to say with a glittery paint that gives him a shiny look and here almost the impression of being on fire. He’s a sort of small orange dragon/dinosaur standing on his hind legs with his front legs spread out. His belly is yellow and at the end of his tail we find this little orange and yellow flame. Finally, at the head level, we find his head rather round and his mouth open in a big smile revealing four pointed teeth. 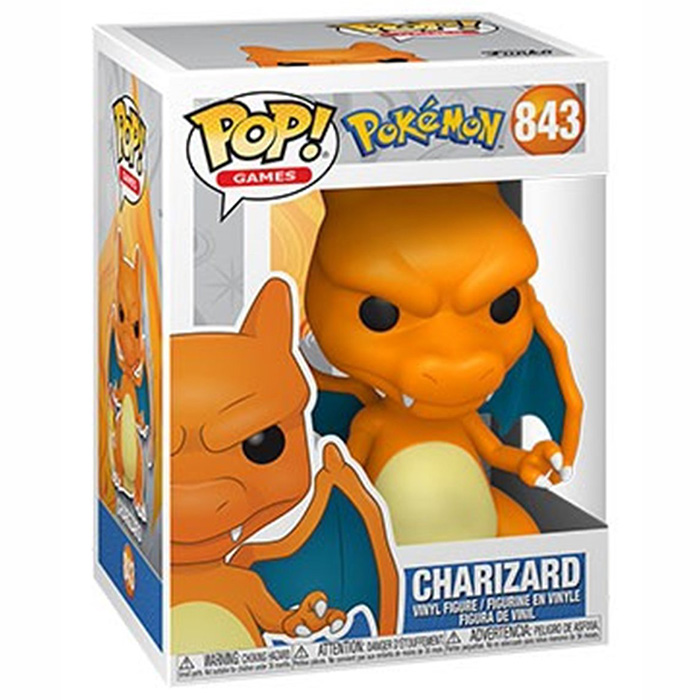