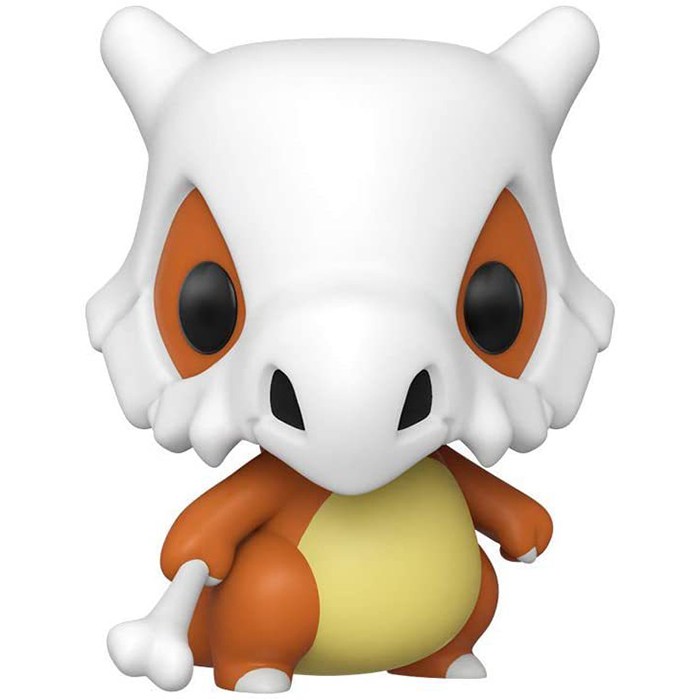 Cubone (Osselait in French) is a first generation Sol-type pokemon in the famous Pokemon video game series. The series takes place in a world where all other animals have disappeared and only these mutated animals remain. Cubone is a bipedal Pokemon that has the particularity of always wearing its mother’s skull as a helmet, as she died when giving birth to it. It has the ability to attract and cancel Electrik attacks and its shell allows it to take hits without losing many stamina points. 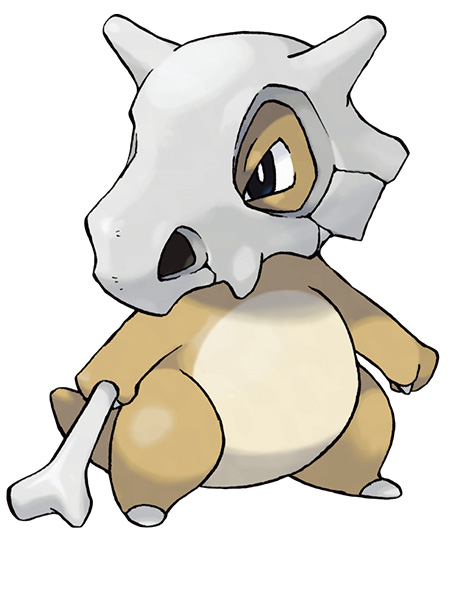 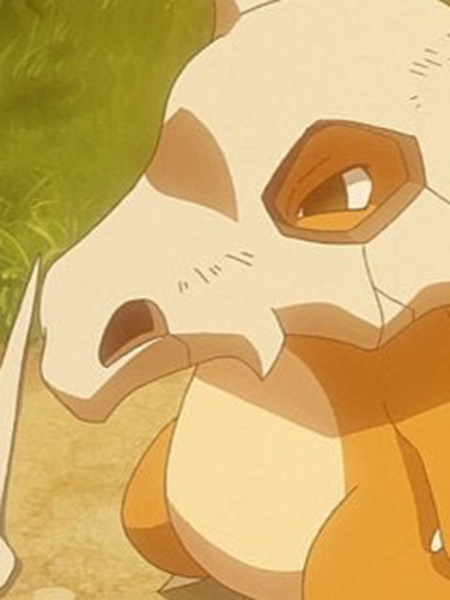 So Cubone was depicted with his body looking a bit like a small dinosaur standing on his hind legs. His body is mostly orange with a light yellow belly. He holds a small bone in his hand which is his fighting weapon and, most importantly, on his head, he wears his mother’s skull like a helmet, with holes for his eyes and small bony growths on top of his skull. 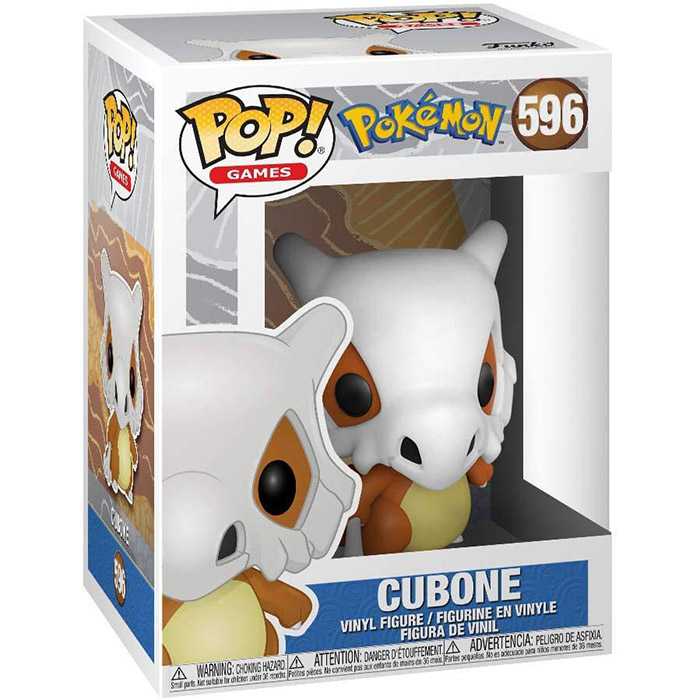