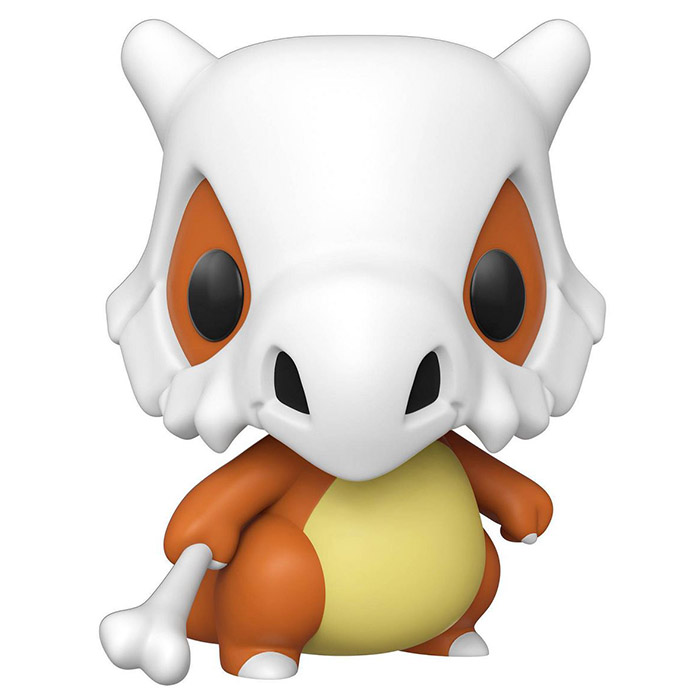 Cubone (Osselait in French version) is a small first-generation Sol-type pokemon in the Nintendo video game Pokemon. It is a small, rather harmless looking mammalian pokemon except for the helmet it always wears. It would be the skull of his mother that he would wear since her death at birth. His talents consist mainly in defending himself thanks to this skull which forms a powerful armor that can also cause damage to those who attack them. He can also deflect electrical attacks. 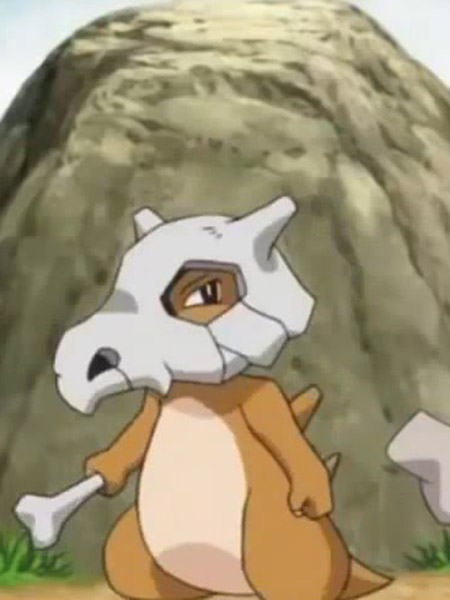 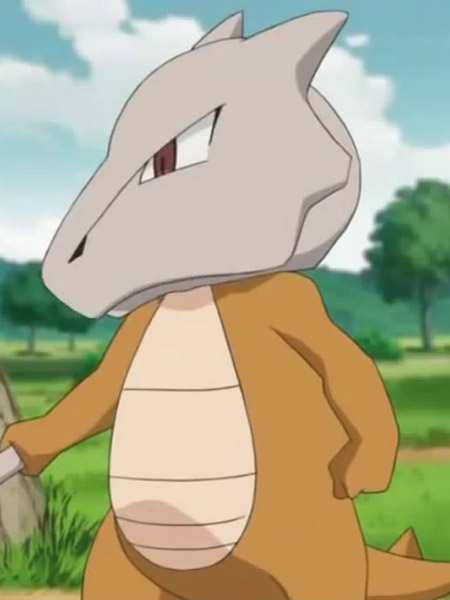 Funko has represented Cubone here in a super sized 25cm version. We can see his little orange dinosaur body with a yellow belly. He stands on his hind legs and holds a bone in his right hand. At the head level, we only see his eyes protruding through the skull which covers him for the most part. We can see a prominent snout and some kind of bony protuberances on the top of the head. 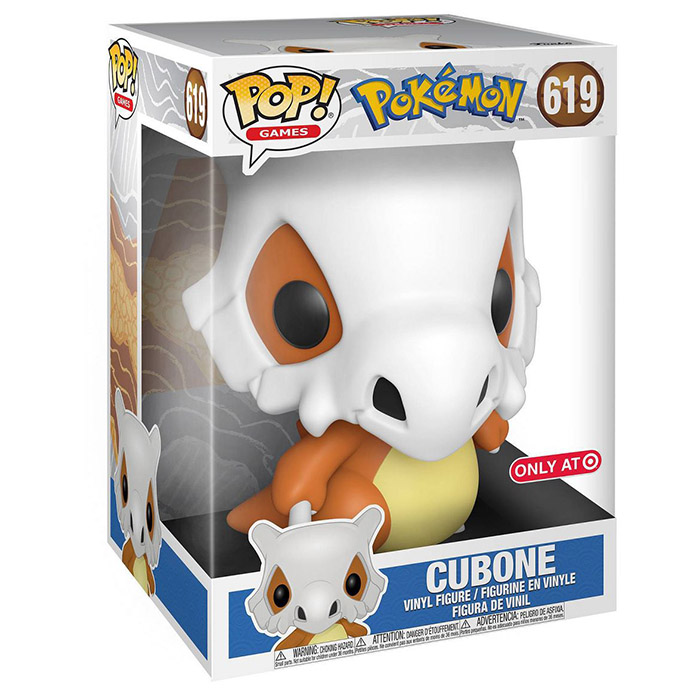