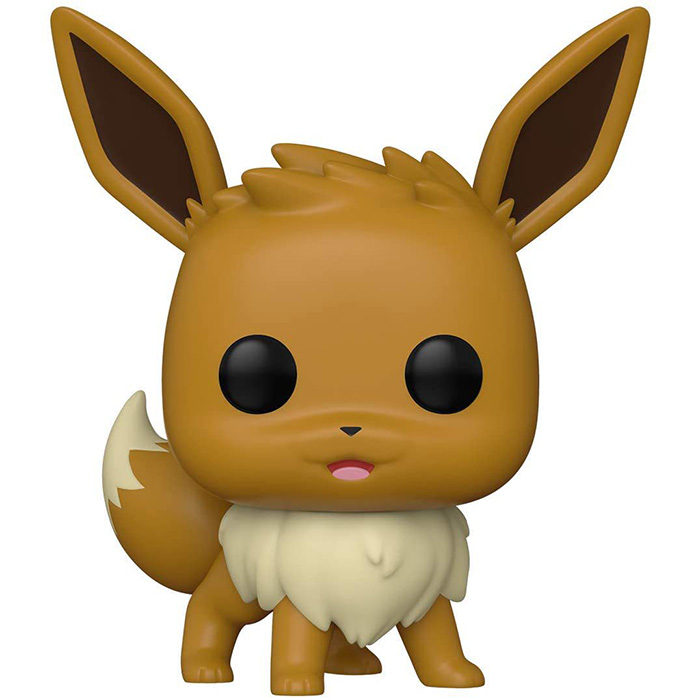 Eevee (Evoli in French) is a first generation normal type pokémon. It is a small mammalian pokémon that looks a bit like a dog or a fox. It has the particularity of being the pokémon with the most possible evolutions, eight in total. With a lightning stone, it can become Jolteon, Aquali with a water stone or Pyrali with a fire stone. His abilities are also mostly adaptive. It can anticipate if a pokémon will use a dangerous ability against it and gets a power bonus if it uses abilities of the same type as it. 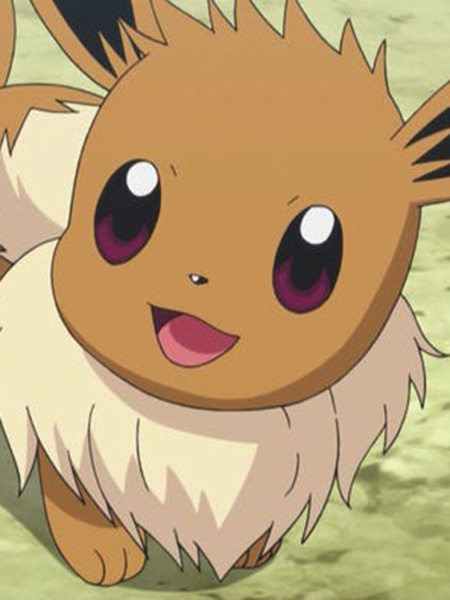 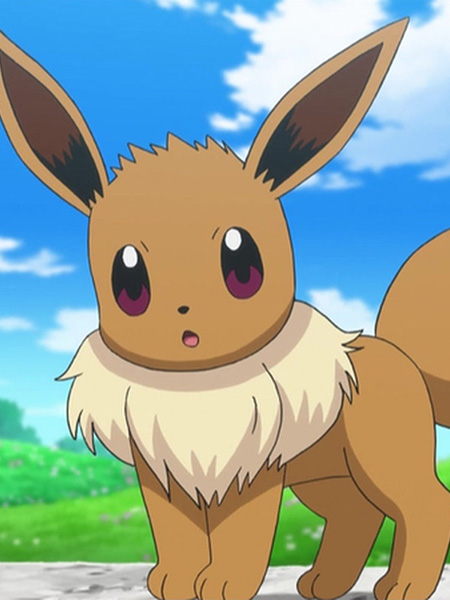 Eevee is shown here standing on his four legs. He looks like a small dog or fox with his brown body, short legs and beige mane. He also has a long bushy tail and large pointed ears. As usual, he has a little smile which makes him look even more like a little dog. 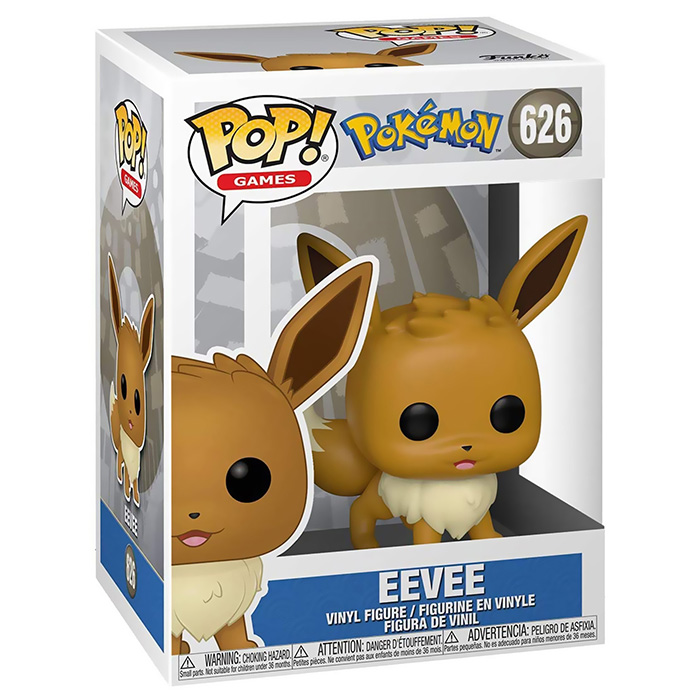