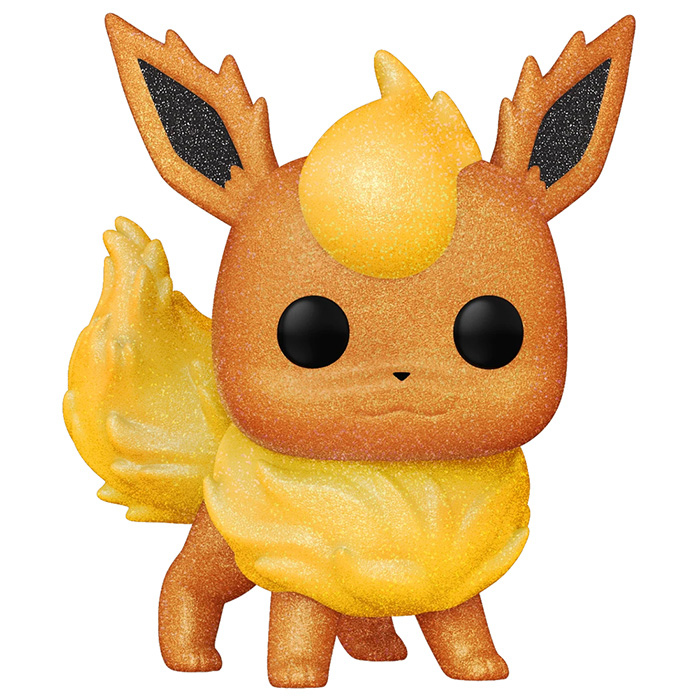 Flareon (Pyroli in French) is a first generation pokémon from the famous video game Pokémon. It is one of the many possible evolutions of the pokémon Eevee (Evoli in French). This evolution is done when the pokémon is put in contact with a fire stone. Its main abilities are now linked to fire. Fire attacks don’t hurt him anymore and on the contrary he can store it to reinforce his own attacks. He can create impressive fire whirlwinds that hit all his enemies and makes him a powerful ally in battle. 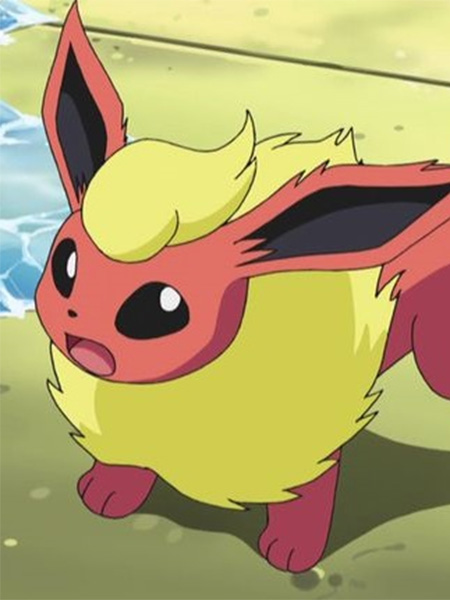 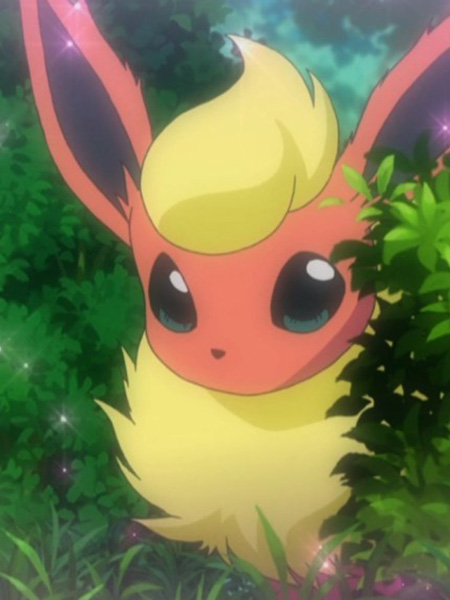 A Pokemon on Fire

Pyroli has been depicted here in a diamond version, which is covered in glittery paint that makes him look shiny and as if his whole body is on fire. He is shown standing on his four legs with his orange body resembling that of a small fox. He has however a thick yellow mane around his neck and a long tail of the same color as well as a sort of crest on the top of his head. He also has large fennec-like ears and a small smiling face. 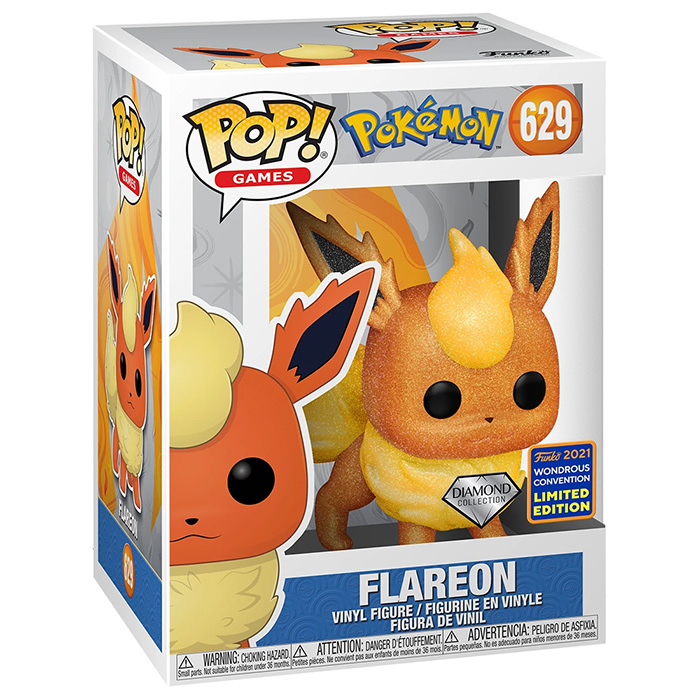