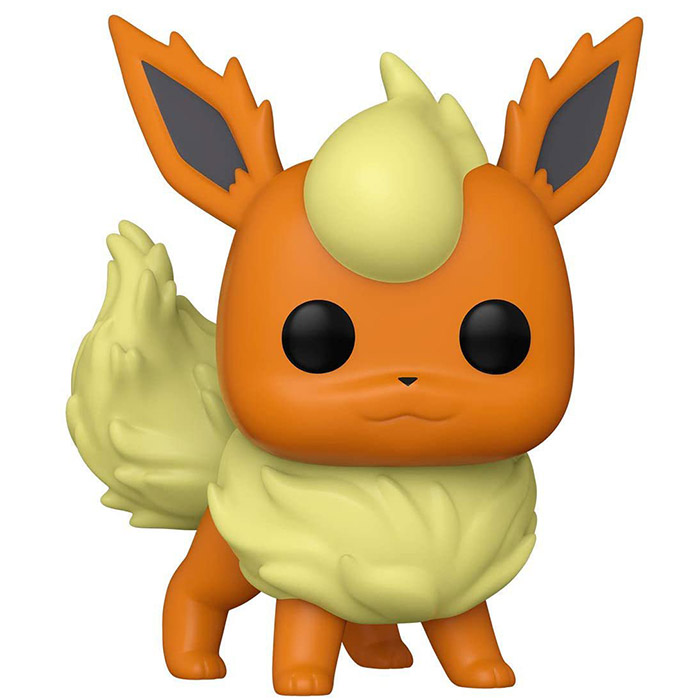 Flareon (Pyroli in VF) is one of the many possible evolutions of the Pokémon Eevee (Evoli in VF) in the video game Pokémon where the player’s goal is to capture these famous mutant creatures to battle them to win more and to evolve them. Evoli evolves into a Pyroli when it comes into contact with a fire stone. At that moment, he becomes able to store heat and give it back by creating impressive fire whirls that can reach 3000 degrees. This means that when he is attacked by a fire spell, he is not injured and instead stores it to improve his own attacks. 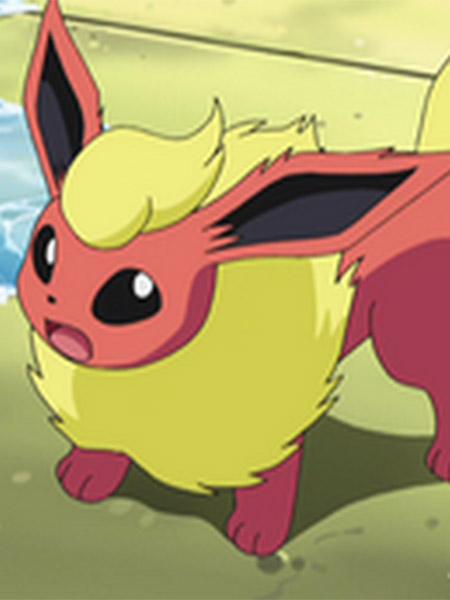 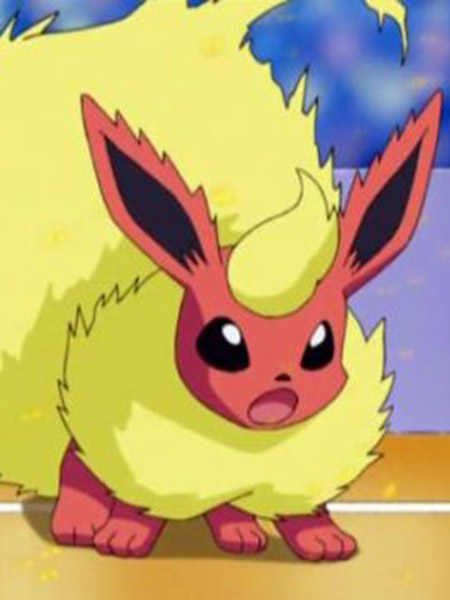 Pyroli is physically not much different from Evoli. Like him, he looks like a sort of small fox, but his coat turns bright orange instead of brown. The mane around his neck turns yellow as well as his long bushy tail. He is shown here standing on his four legs and his long ears are partly bristling. Finally, on the top of his head, he wears a crest of long yellow hairs and wears a small smile. 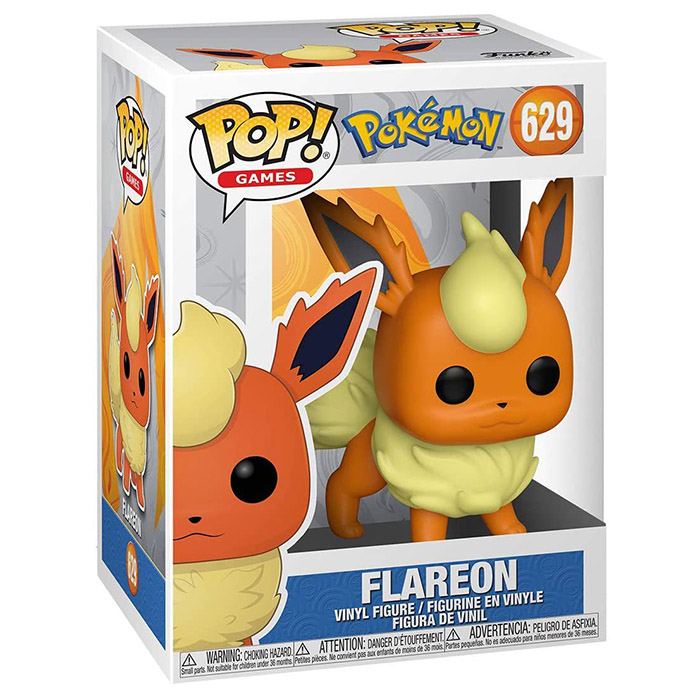