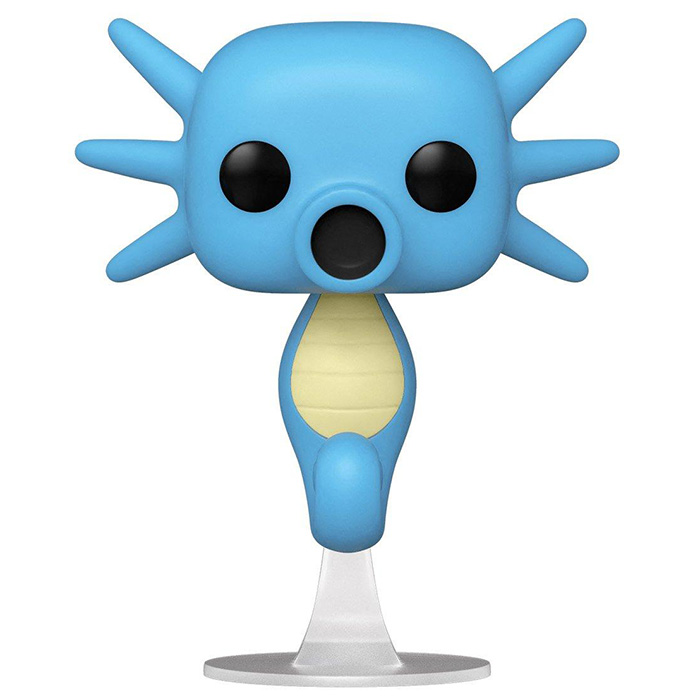 Horsea, Hypotrempe in French, is a small first-generation water-type pokémon in the famous video game Pokémon. It is a small pokémon resembling a seahorse, although it does not need to be underwater all the time. Its abilities are mainly related to water but not only. He increases the humidity of the air around him, making certain fire-related attacks impossible. He is also much faster if it rains. Finally, the power of an attack is increased by 50% if he manages to score a critical hit. 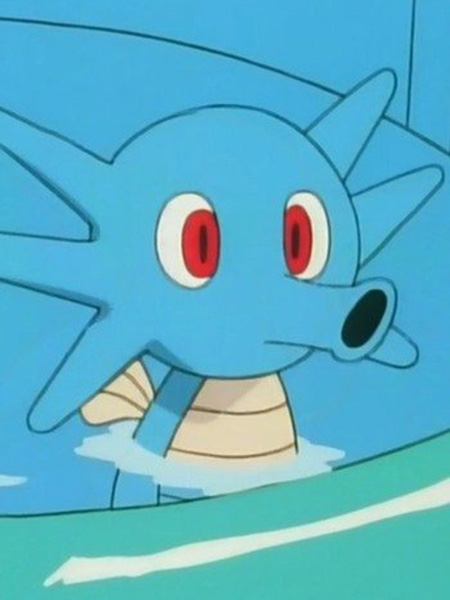 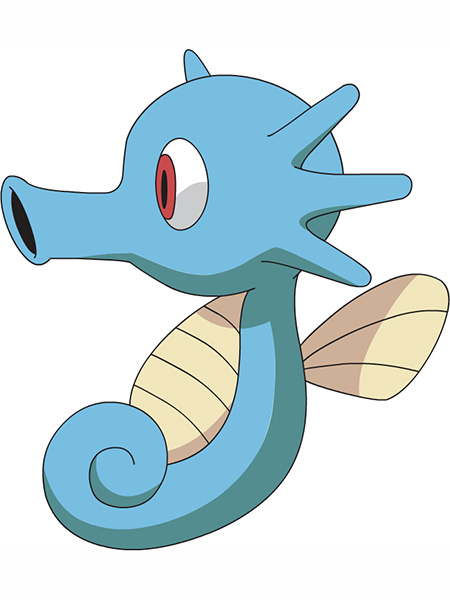 Horsea is shown here on a small transparent plastic base to make it look like he is levitating. It has a blue seahorse-like body with a yellow belly. It has a single dorsal fin and its body curves on itself. At the level of the head, it has a kind of crest on each side of the head and a mouth in the shape of a barrel. 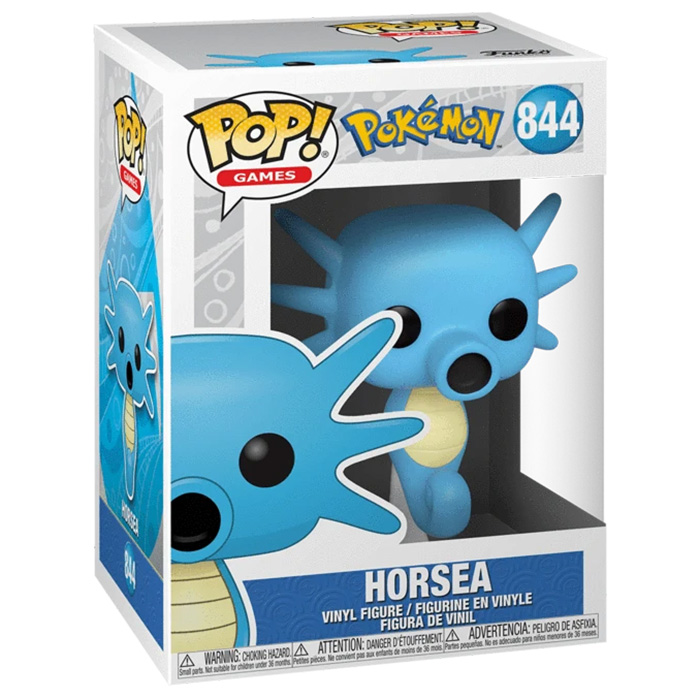