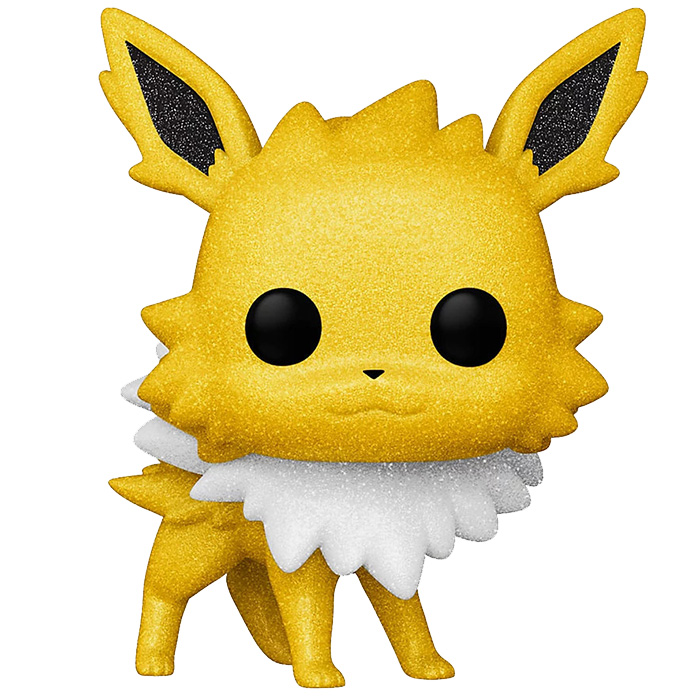 Joltéon is a first generation pokémon in the famous Nintendo video game where the player must collect these famous mutant creatures to train them and make them evolve. Joltéon is the evolution of the pokémon Eevee (Evoli in French) when it is put in contact with a lightning stone. This gives him abilities related to electricity. Its body starts to emit an electric field reinforced by the static electricity of its hairs, which allows it to send discharges. Furthermore, he is immune to all electrik attacks that restore his life points. 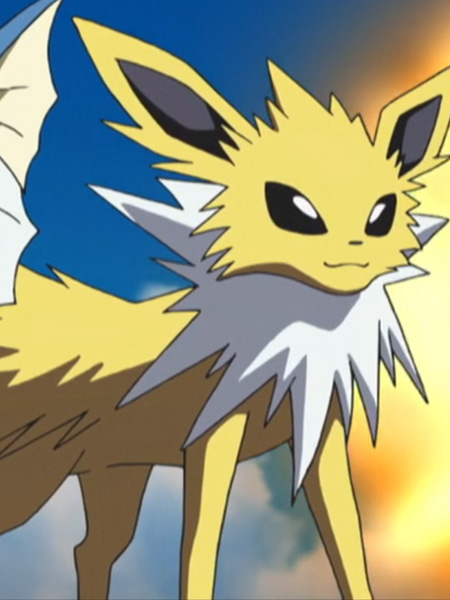 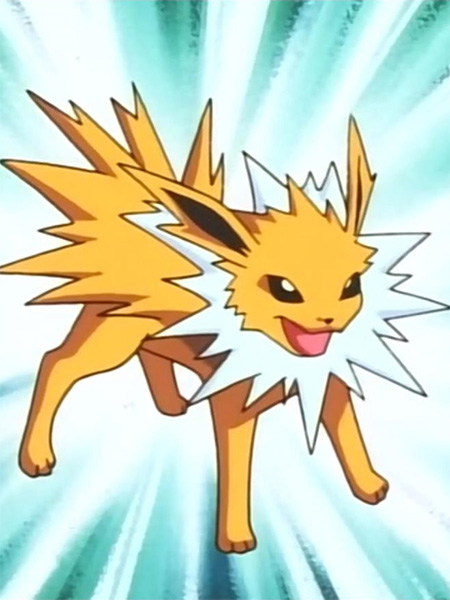 Joltéon has been represented here in a diamond version, that is to say with a glittery paint that gives him a shiny side that fits well with his electric temperament. He is shown standing on his four legs and still looks like a kind of little fox. His body is yellow and he has a small white collar around his neck. At the level of the head, we can also see that its hair is all bristled to store static electricity. It also has two large pointed ears like a fennec. 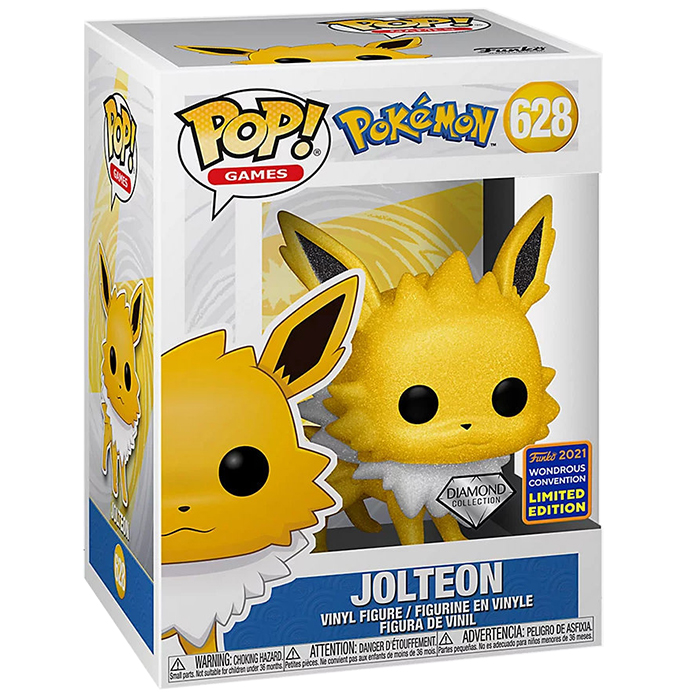