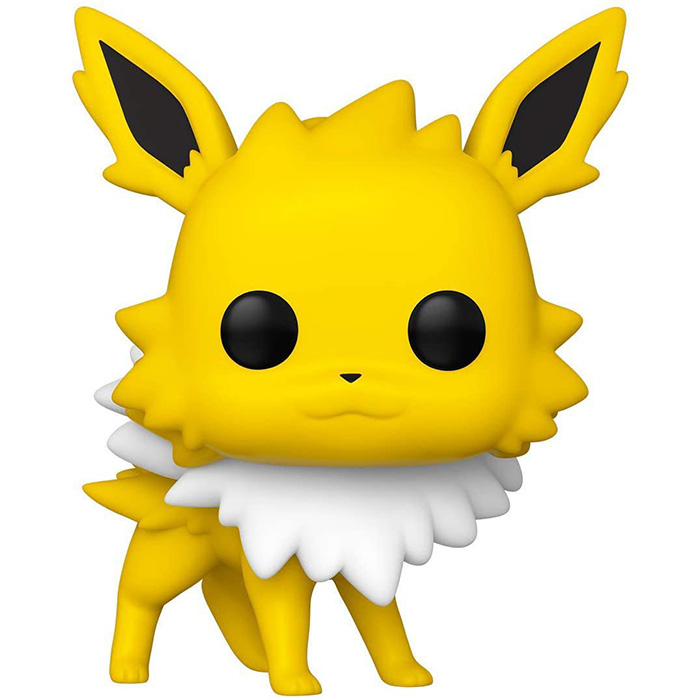 Jolteon (Voltali in French) is an electric-type Pokémon in the video game Pokemon where the player is a trainer who must capture as many of these mutant creatures as possible to train or evolve them. Jolteon is the evolution of Evoli (Eevee) when the latter is put in contact with a lightning stone. His abilities then change. His body emits an electric field that is intensified by the static electricity of his hair, and he can send out his discharges. He is also insensitive to Electrik attacks which can instead regenerate his health points. 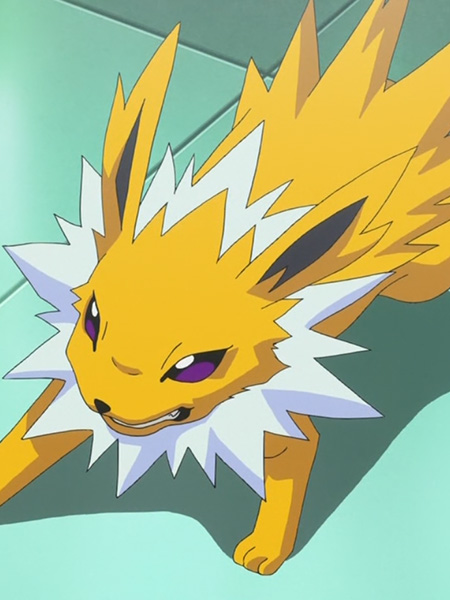 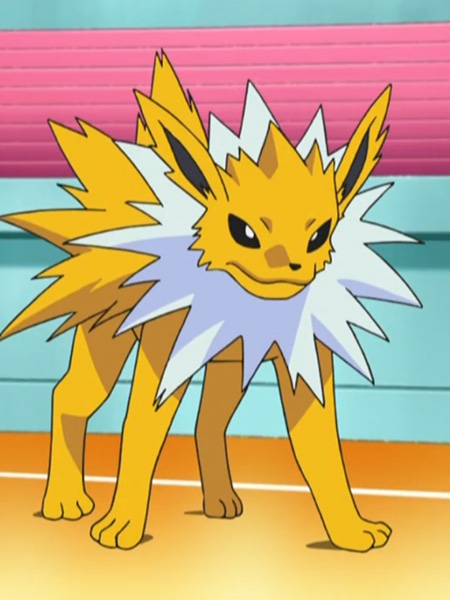 Like Evoli, Jolteon has the body of a small fox-like mammal and is shown here standing. However, Jolteon has a yellow body with a very short tail and bristly hair all over his body. He also has a white mane around his neck and long yellow and black ears. 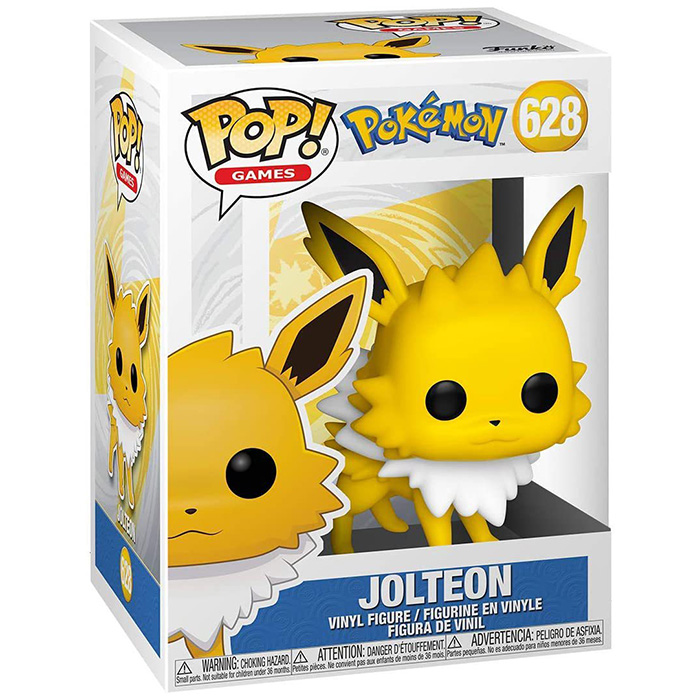