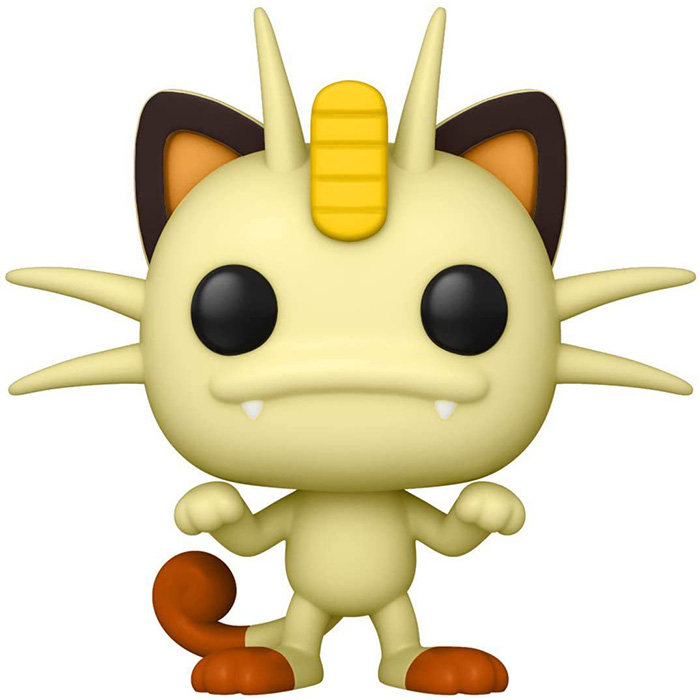 Meowth (Miaouss in French) is a first-generation normal-type pokémon in the famous video game where players aim to collect mutant creatures to evolve or fight. Meowth is a kind of cat that always moves on its hind legs. He can evolve into a Persian from a certain level and he is especially popular thanks to the cartoon where he plays an important role. Among his abilities is tension, which stresses his opponents and prevents them from eating to regenerate. 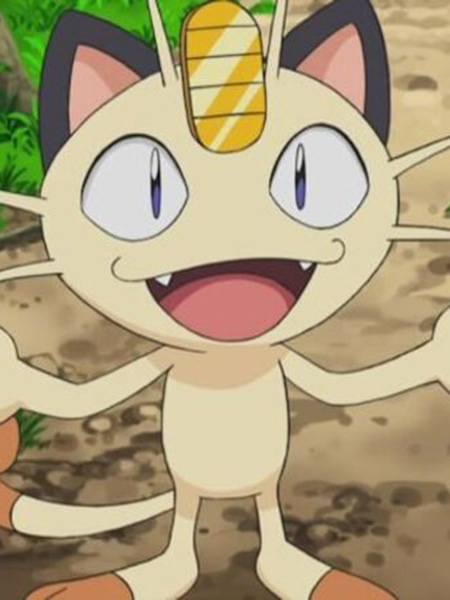 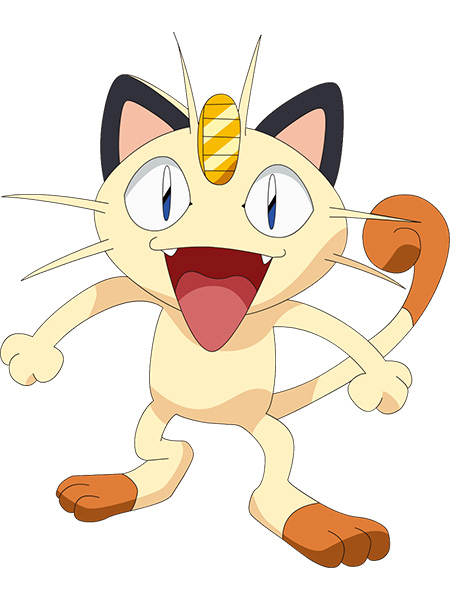 Meowth is shown here standing on his hind legs as is almost always the case. He has a beige body with brown hind legs and tail. On the head, he has no nose but funny spikes on the sides and the top resembling very large moustaches. He also has triangular ears and a yellow element on the forehead. 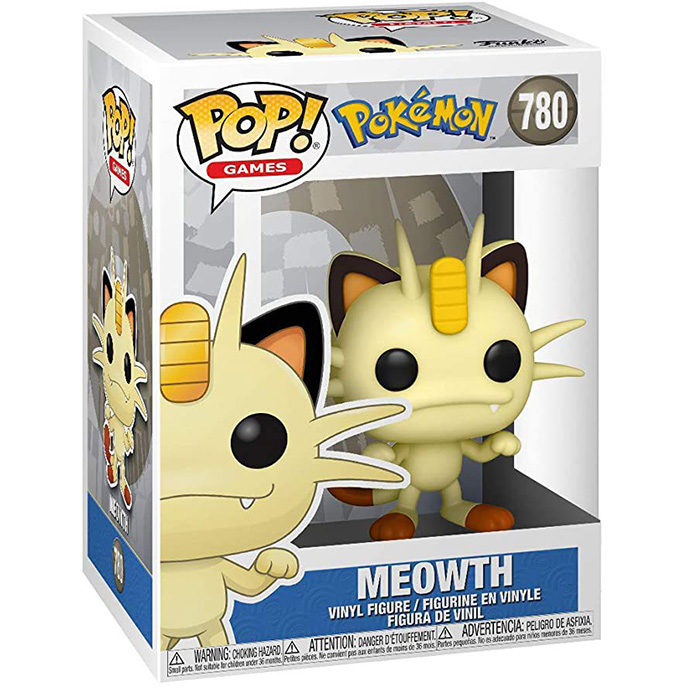