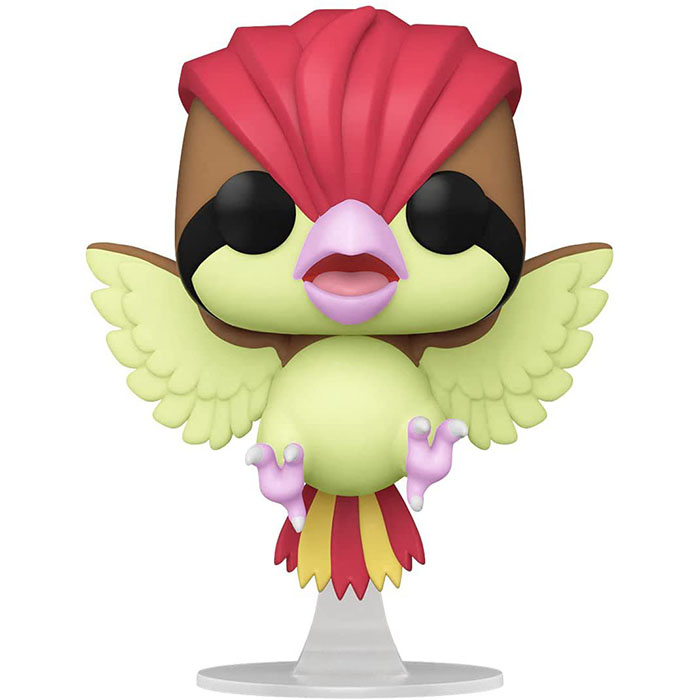 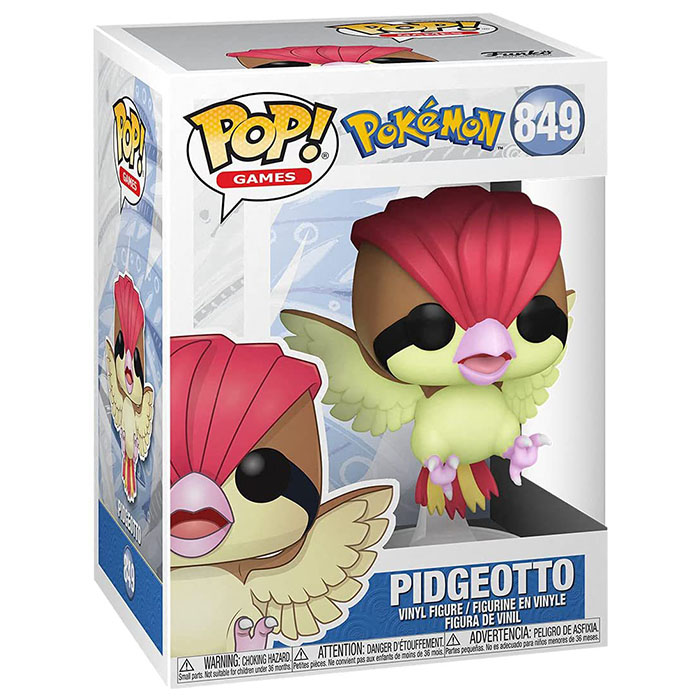 Pidgeotto (Roucoups in VF) is a first-generation flight-type and normal pokémon in the Nintendo video game. It is the evolution of the pokémon Roucool (Pidgey in English). It is an eagle-like pokémon. It has a particularly powerful sight that allows it to spot prey several miles away, especially magicarps or chenipan. It can be dangerous because of the violent beaks it gives to intruders who enter its territory which can measure up to 60 kilometers in diameter around its nest. 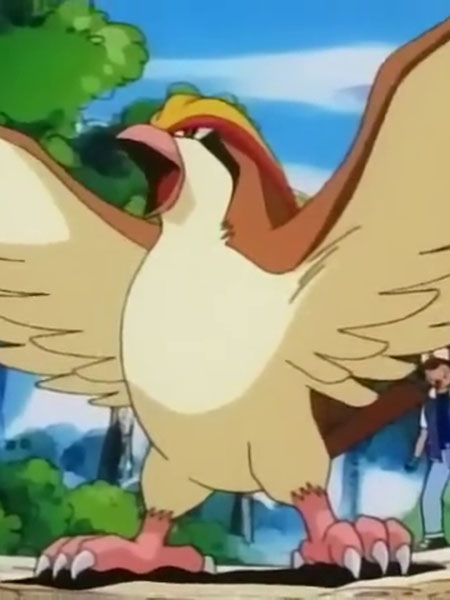 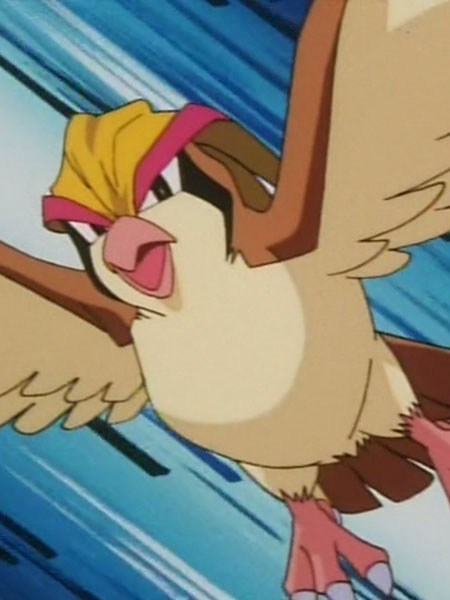 Funko has depicted Pidgeotto here in flight, ready to attack on a clear plastic base. His belly and inner wings are cream colored and his powerful talons are pink. His head is brown and cream with a bright red puff on top. Finally, its tail is composed of red and yellow feathers in alternation.