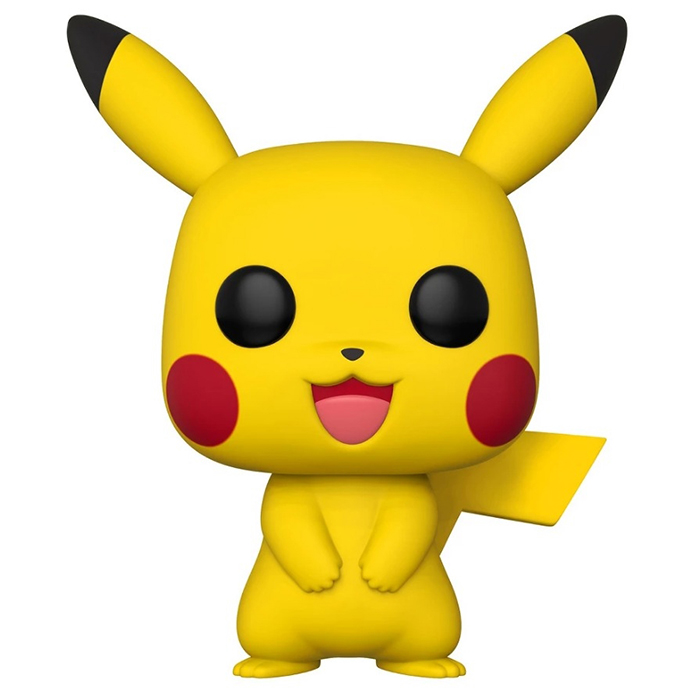 Pikachu is the most famous pokemon and Sacha’s favorite in the TV series based on the famous Nintendo video game. The game takes place in a world where all animals are mutants of sorts with sometimes very impressive abilities. The player is in the shoes of a trainer whose goal is to capture these famous pokemons, to train them, and then to make them fight against other pokemons. This allows the pokemon to become stronger, possibly to evolve, but especially to capture other pokemon. With his cute look, Pikachu is in fact a formidable fighter since his tail allows him to launch impressive electricity discharges. 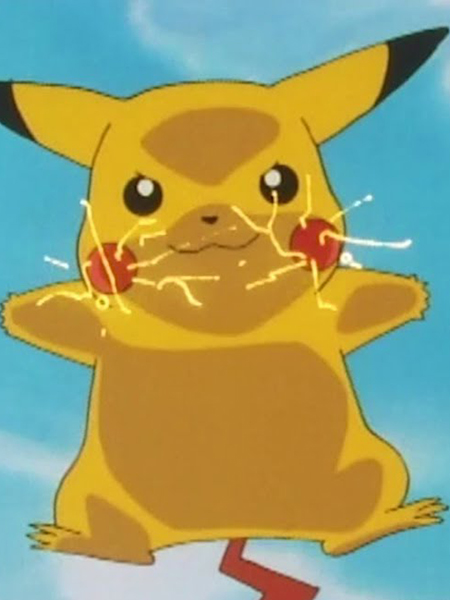 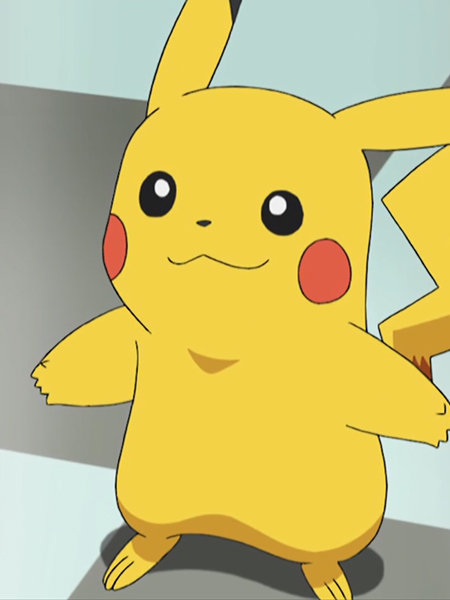 For this exclusive version of the character, Funko has represented Pikachu here in a 10″ (25 cm) which is two and a half times the normal size of pop figures. He is shown standing on his hind legs with his famous bright yellow coat. At the back, we find his famous tail in the shape of lightning. On the head, we can see his two big ears with black tips and his mouth open with a big smile. 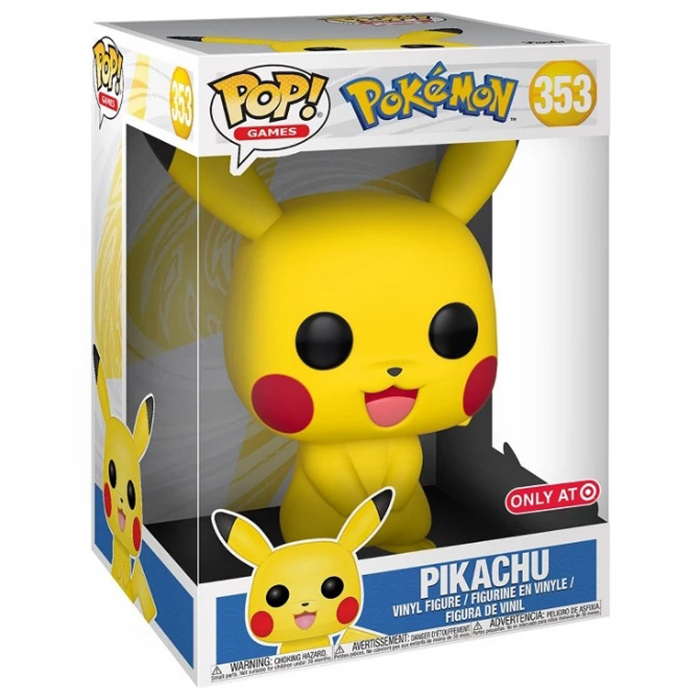