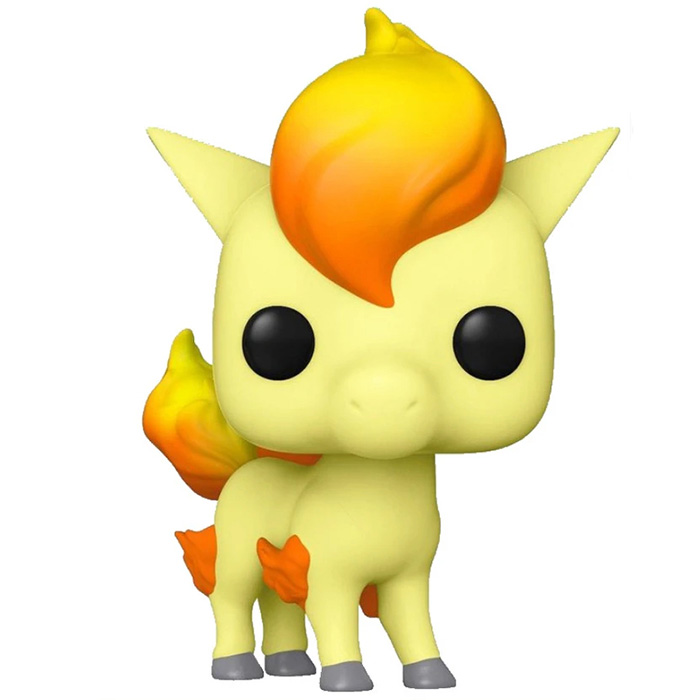 A horse of fire

Ponyta is an equine-type pokémon in the famous video game series from Nintendo Studios where the player’s goal is to capture mutant creatures in order to train them to later evolve or have them fight other creatures to add to their collection. Ponyta is a kind of small horse with flames instead of hair and mane that appear one hour after its birth. If at the beginning, his legs are quite weak and slow, the more he will run with his fellow creatures, the more he will gain in strength and speed to end up being able to run and jump on impressive distances. He has the ability to run away from all his enemies and can also absorb all fire damage to enhance his own abilities. He can also learn over time to control his fire so as not to harm his trainer. He can evolve into Galopa, a larger horse with more flames. 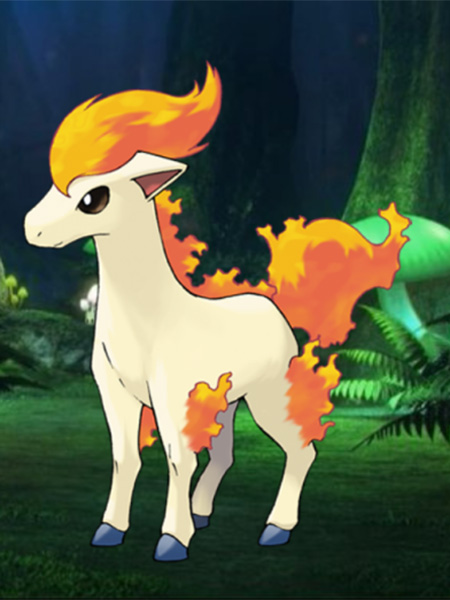 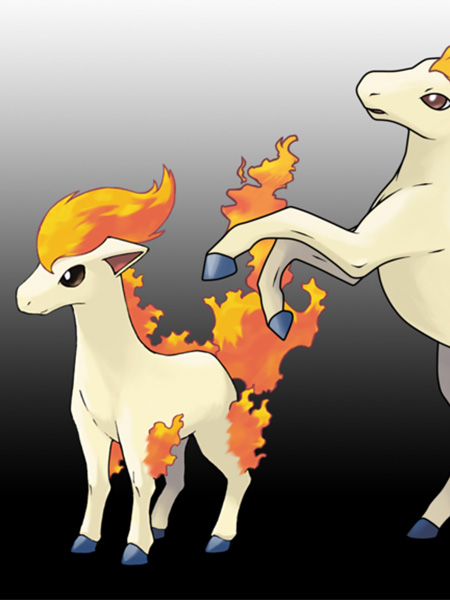 As in the game, Ponyta is a small light yellow horse with grey hooves, here shown standing with a rather short muzzle and large pointed ears. You can see that his mane is made of orange and yellow fire. His tail, here raised, is also made of fire and flames are attached to his four legs. 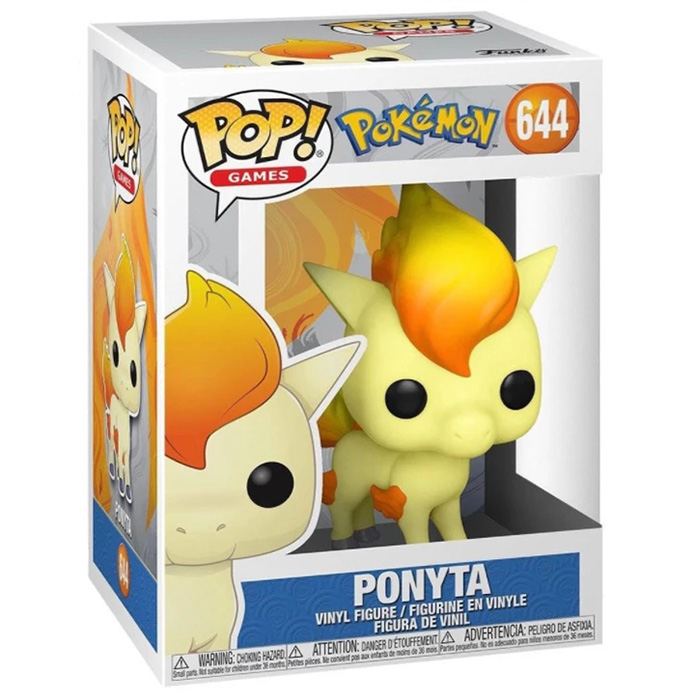