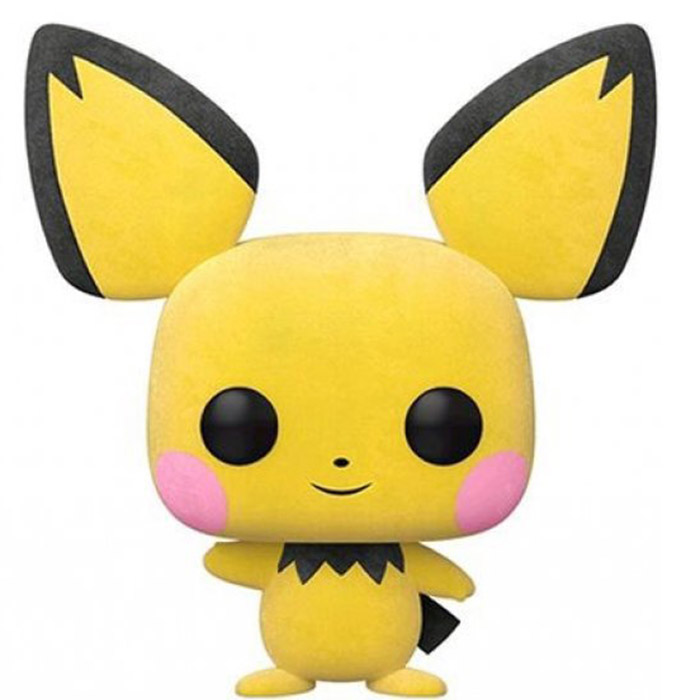 Pichu is a second generation Electrik type baby pokémon. It is a small pokémon that looks a bit like a mouse and lives in large groups. Its talents are all related to electricity. It can store static electricity and anyone who touches it (except for its own kind) can become paralyzed. He can also deflect and cancel all electricity spells within a certain radius. If he’s happy enough, Pichu can evolve into a Pikachu, which in turn can evolve into a Raichu or an Alola Raichu. 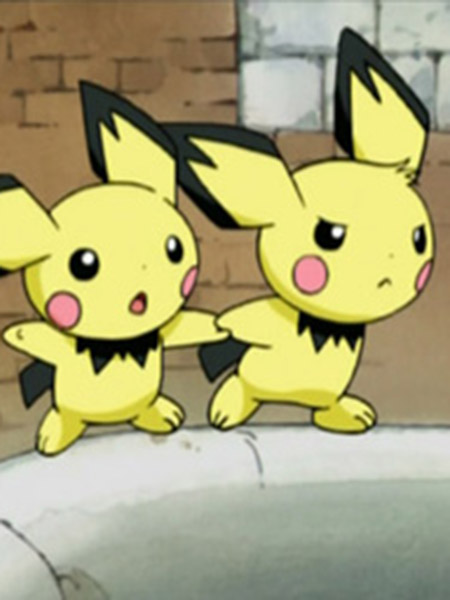 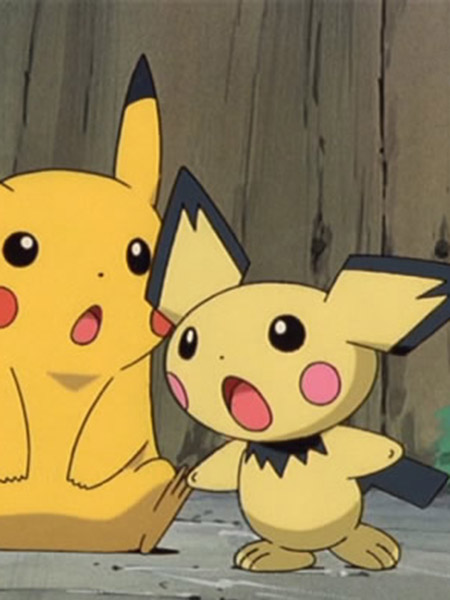 For this exclusive release, Pichu is shown here in a flocked version with a soft texture. He’s a small yellow rodent-like pokemon standing on his hind legs. He has a sort of small black ruff around his neck and a tail in the shape of lightning. On its head, it has small pink cheeks and its large yellow ears are edged with black. 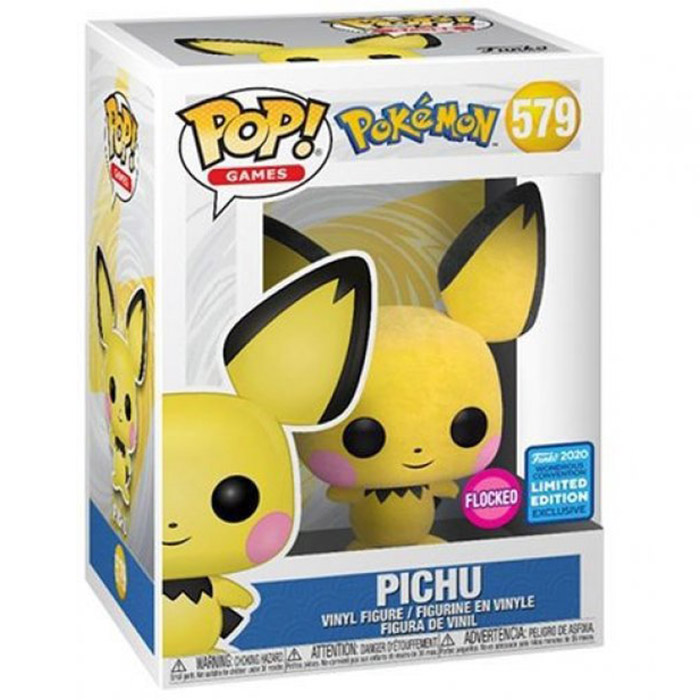