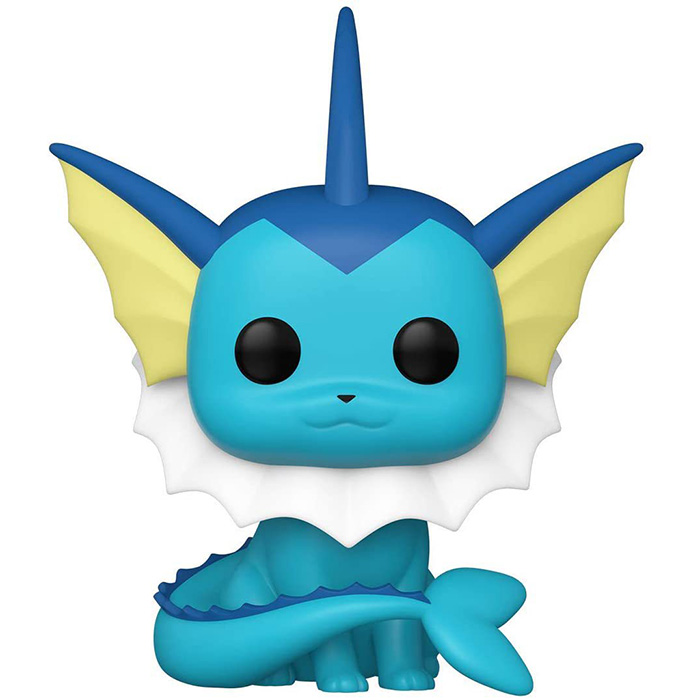 Vaporeon (Aquali in French) is a water-type Pokemon in the famous video game Pokemon. It is the evolution of Evoli when the latter is put in contact with a water stone. This last one evolves to have a body with characteristics and aquatic since in addition to its four pates, it has a long tail of fish and gills. The fact that its body is made of molecules that completely resemble water molecules means that it can dissolve when it swims and become invisible. He is also immune to water-related spells, and the water even gives him back his life points. He can also heal others when it rains. 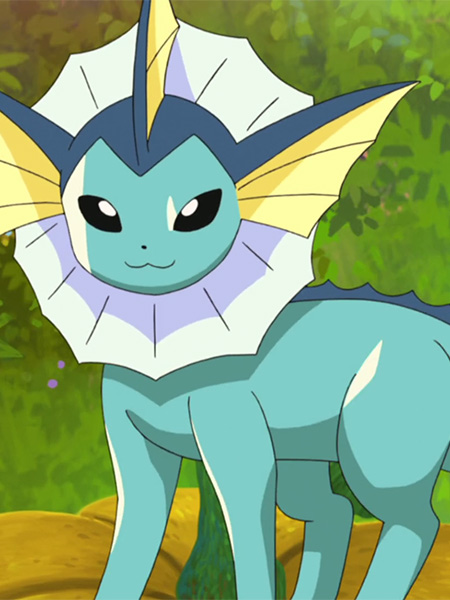 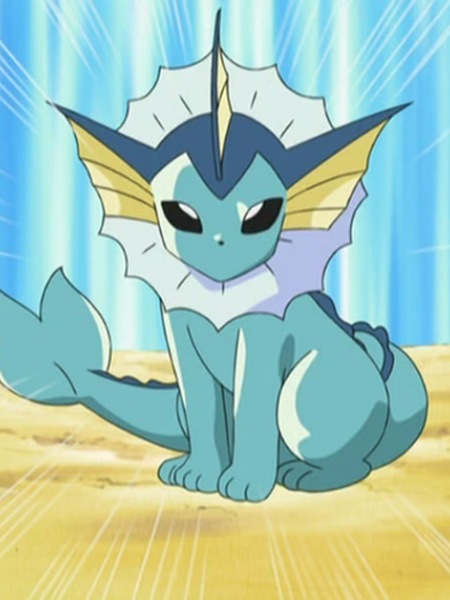 Like Evoli, Vaporeon has a body of resembling that of a small fox-like mammal and is shown sitting down. However, his body is blue here and you can see the long fishy spiky one all the way back in front of him. On the head, his ears have become gills and he has a sort of white ruff on the underside of his head. 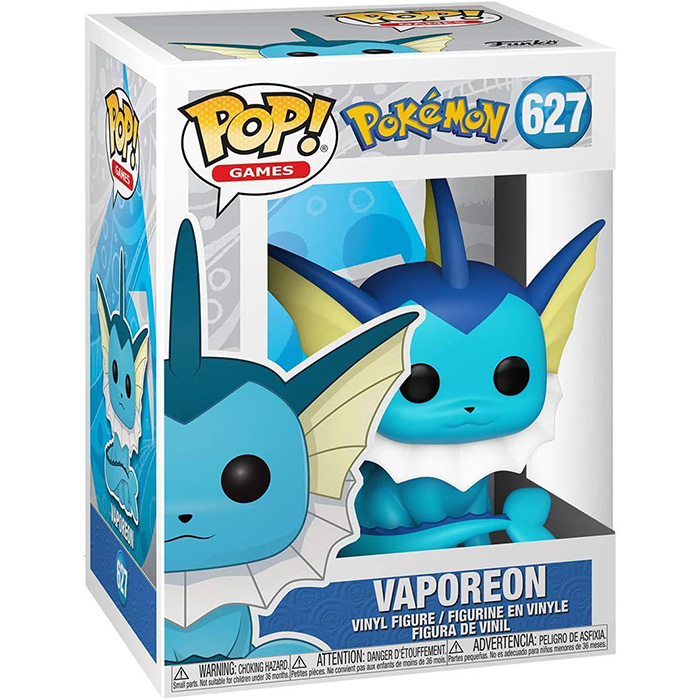