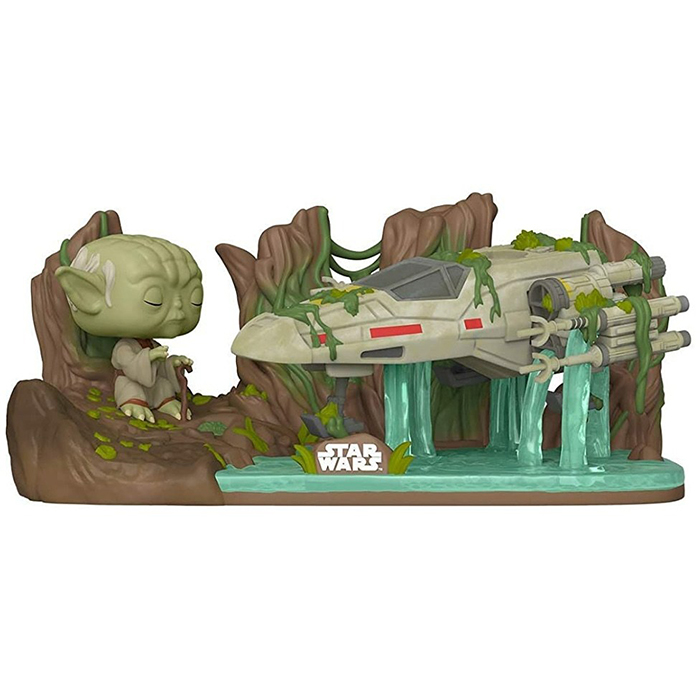 The Funko Pop figure Pop A Lesson in the Force (Star Wars) Interested?

Yoda is an important character in the Star Wars saga who we first meet in the second film of the first trilogy, The Empire Strikes Back. After Obi Wan’s death at the hands of Darth Vader, Luke, who has joined the resistance, goes in search of another Jedi master to teach him how to use the Force. He then goes to find Yoda on the planet Dagobah in the middle of the forest. If this one seems quite old and a little senile, he will prove to Luke that he is still one of the most powerful Jedi masters. He will train him both physically by making him accomplish very hard tasks in the forest, but also mentally so that he reaches a complete mastery of the Force. 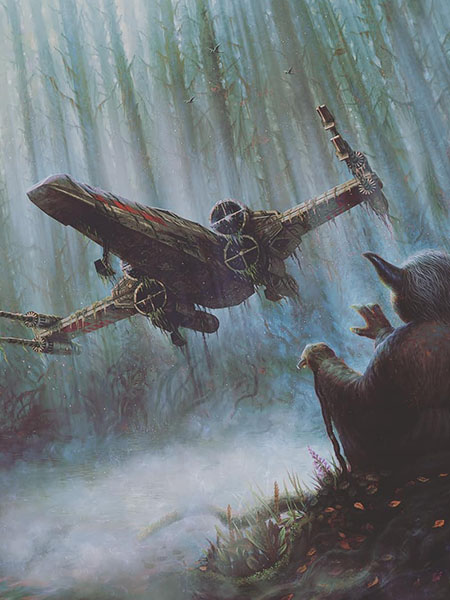 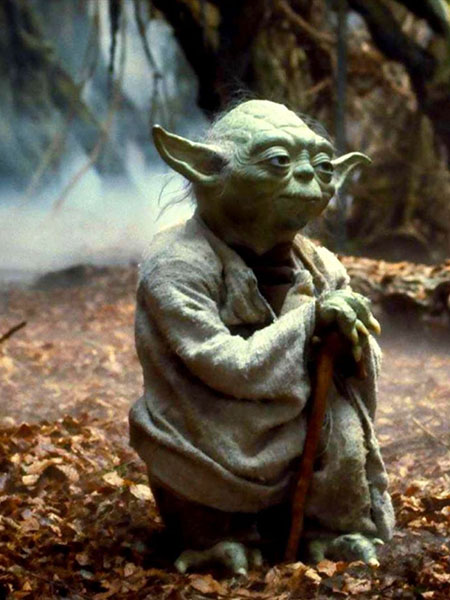 So for this great movie moment, Funko depicted Yoda using the Force to lift the ship that had crashed into the lake. The base represents the intertwined trees and vines that make up the forest. On the left side, we can see Yoda with his little stick, his beige robe and his characteristic green skin standing with his eyes closed and one hand forward to concentrate his strength. On the right, the turquoise water of the lake with the ship partly covered with moss and vines can be seen emerging with water flowing from several sides. 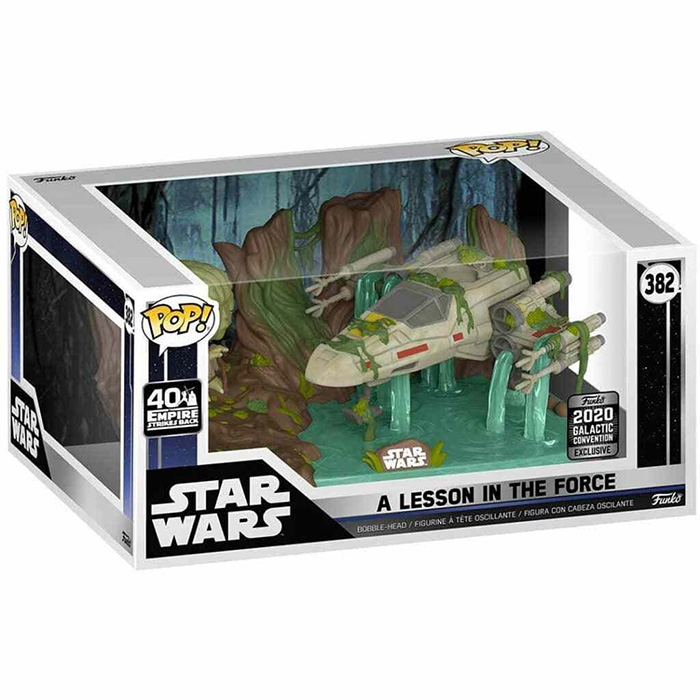 The Funko Pop figure Pop A Lesson in the Force (Star Wars) Interested?