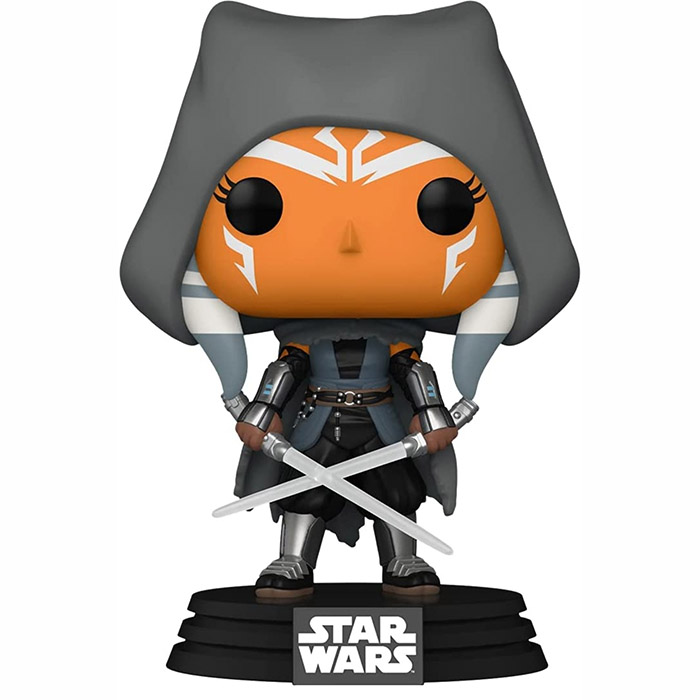 Ahsoka is an important character in the Star Wars universe. Her character first appeared in the animated series Clone Wars before returning in The Mandalorian series. She is originally from the planet Coruscant and is a powerful Jedi. She was one of Anakin Skywalker’s disciples before he turned to the dark side and was later dismissed after being falsely accused of murder. She then joined the rebellion that formed after the Galactic Empire took over. In The Mandalorian series, set shortly after the first trilogy, she is found when Din Djarin is searching for a jedi to learn more about the child he has been protecting since the beginning of the first season. After he helps her rid the city of a woman, a former member of the empire, who has taken over a city, she agrees to try to communicate with the child. She learns that his name is Grogu and that he seems to have memories of Yoda, which would imply that he is a clone. She can’t deal with him but tells Din Djarin to contact another jedi who can. 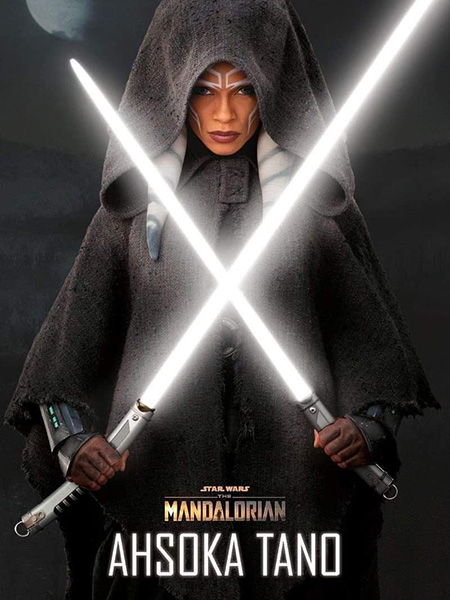 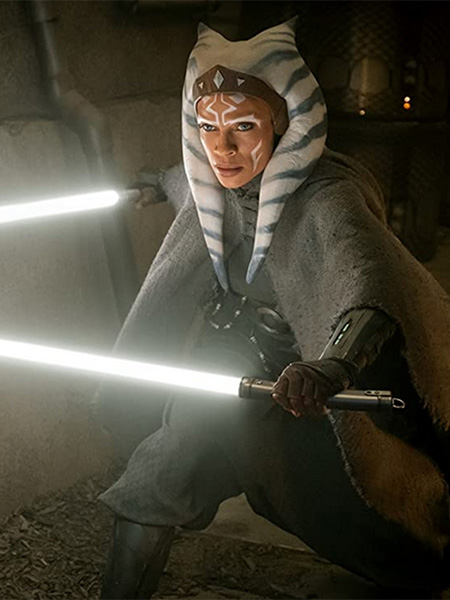 For this exclusive figure, Funko depicted Ahsoka with her famous two swords crossed in front of her. She wears these wide black pants tucked into her high, partly metallic boots that match her wrist guards. She also wears a blue tunic belted at the waist and this large cape falling down her back and up over her head. On her head, we find her storm skin with white drawings on it and her two kinds of blue and white striped excrescences. 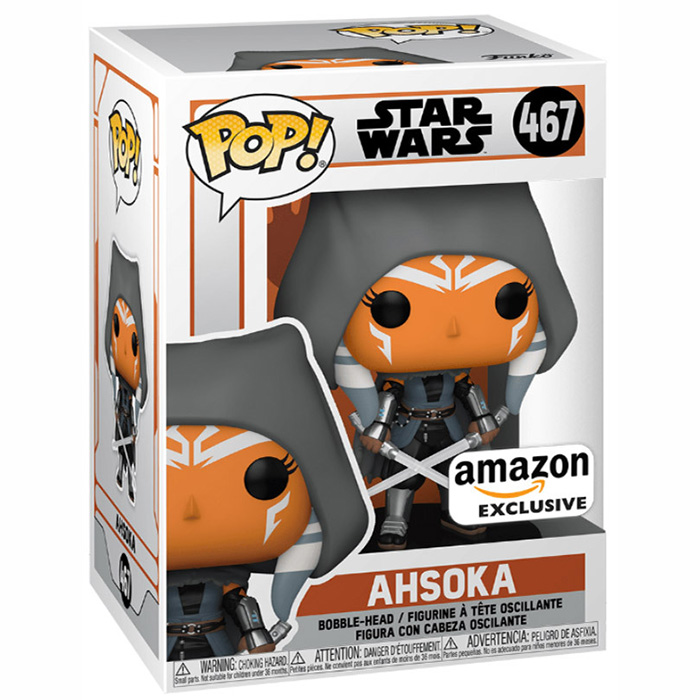