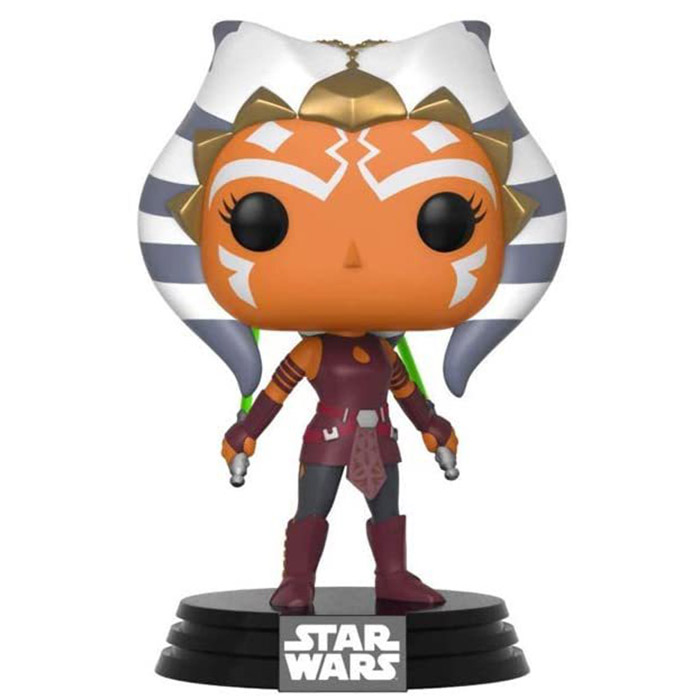 Ahsoka is an important character in the Star Wars universe first discovered in the animated film and then the Star Wars Clone Wars series before moving on to the Star Wars Rebels series and finally appearing as a real-life actress in The Mandalorian series. She is a Togrutant who grew up on the planet Coruscant. She was one of Anakin Skywalker’s apprentices who had to leave the order after being unjustly accused of murder. Having always had a rebellious spirit, even as an apprentice, she joined a rebel cell when the Galactic Empire took over the galaxy. She later fights her former master who has become a Sith Lord and is narrowly saved by another Jedi apprentice. She is known to be an excellent fighter. 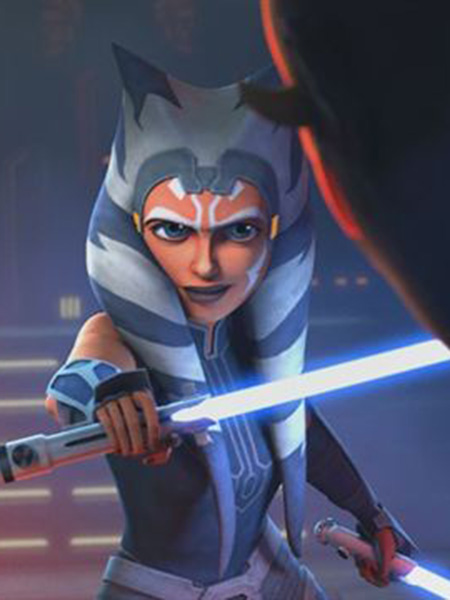 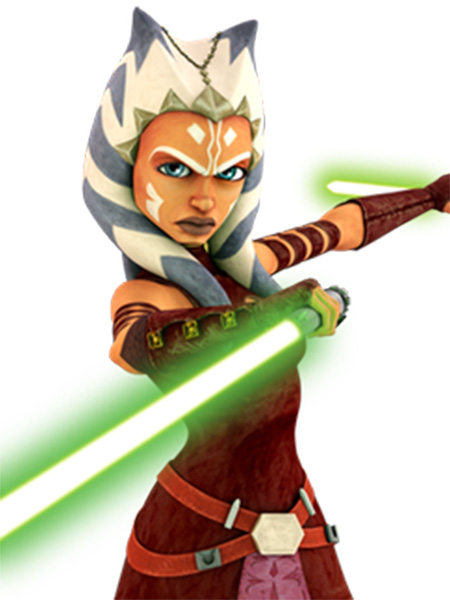 Ahsoka is shown here as seen in the Clone Wars and Rebels cartoons. She is wearing a simple, practical combat outfit of grey pants and a red short-sleeved tunic that matches her boots. Her skin is orange and her face is partially covered with white patterns. She has on the sides of her face some kind of growths that give the impression of a pharaoh’s headdress. Finally, she holds two green lightsabers in her hands. 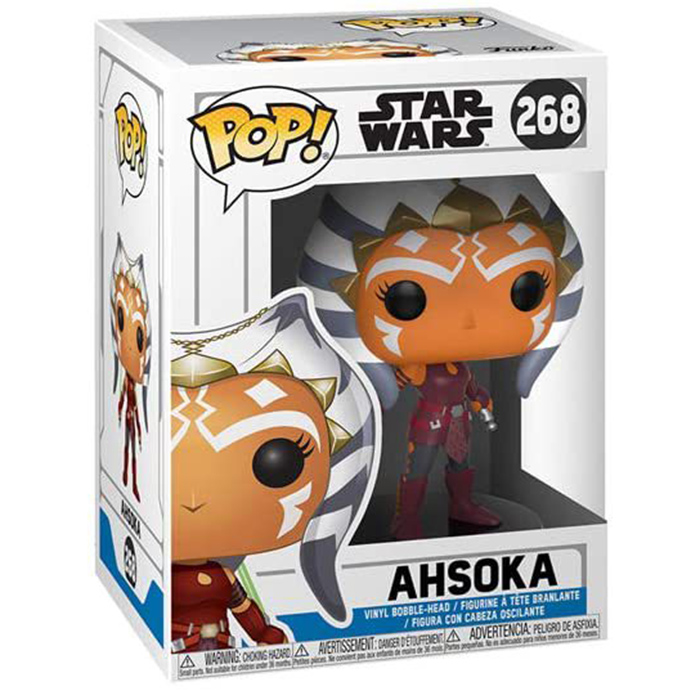