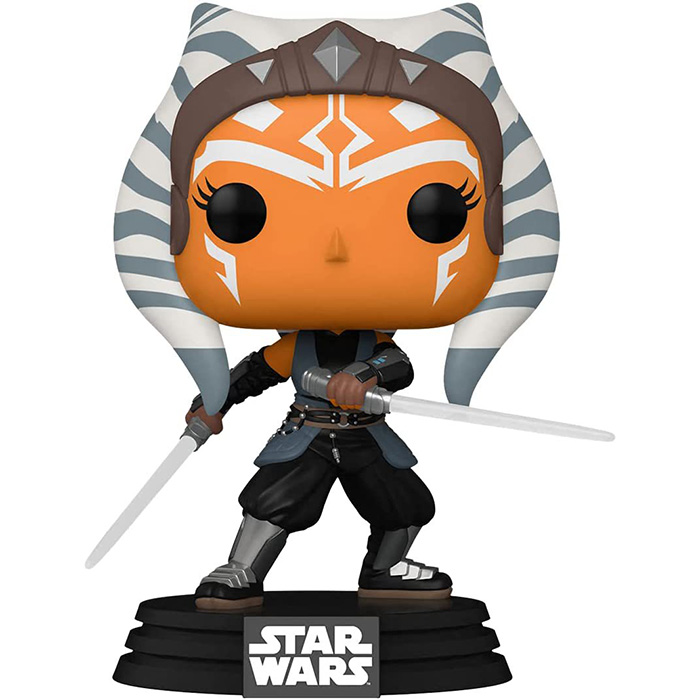 Ahsoka is an important character in the Star Wars universe. First encountered in the animated series Clone Wars, she is featured as a real-life actress in The Mandalorian series. In season two, Din Djarin is looking for a Jedi who can help him understand who the child he has decided to protect is. So he ends up meeting Ahsoka. She was a student of Anakin Skywalker, originally from the planet Coruscant. She joined a rebel alliance when the Galactic Empire took over and continues to live in hiding. She is an excellent warrior and jedi. She is the one who teaches Din Djarin that what was thought to be a child version of Yoda may be a clone of Master Yoda and that his name is Grogu. She can’t take care of the child herself, but she gives Din Djarin a way to contact another Jedi who might be able to. 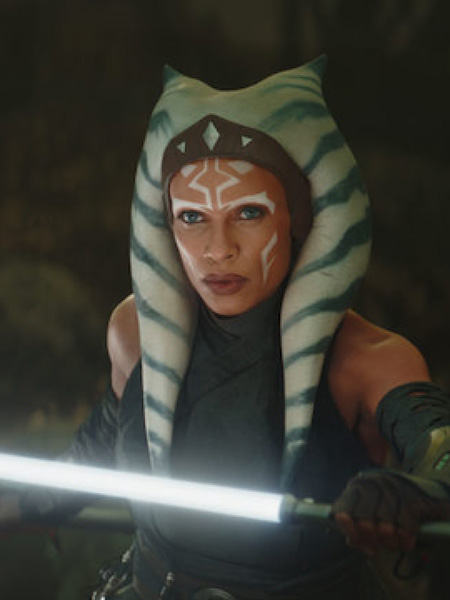 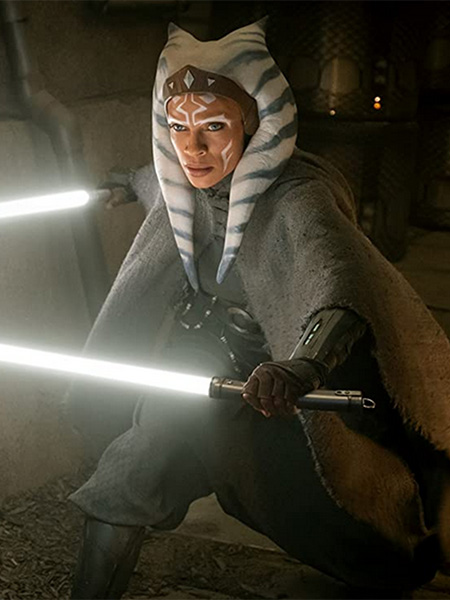 Ahsoka is shown here as seen in the series and ready to fight. She wears a pair of wide black trousers held together by high silver-braced boots. On top, she wears a sort of blue sleeveless tunic closed by a wide brown belt. She holds a lightsaber in each hand, ready to use it. On the head, we find her orange skin and the white tattoos so recognizable. Finally, we also find this blue and white striped headdress held on her head by a sort of brown headband. 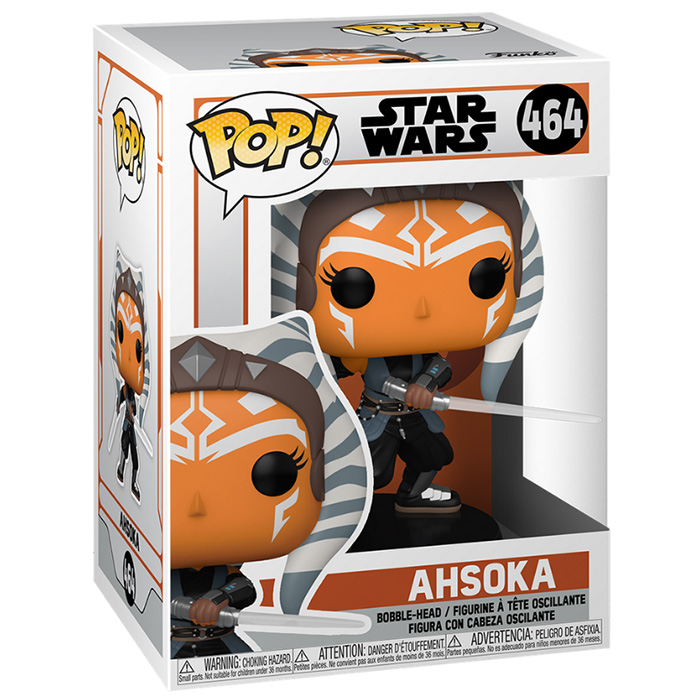