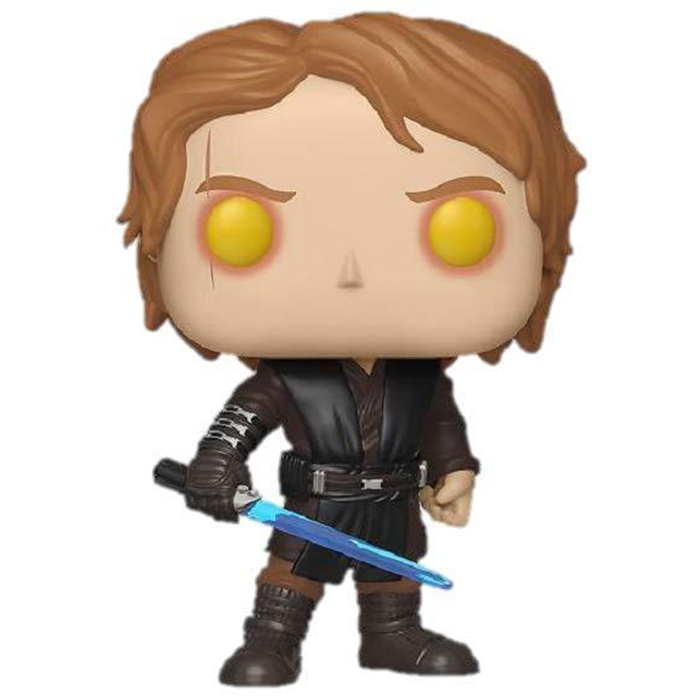 Anakin Skywalker is the real name of the famous Darth Vader of the Star Wars trilogy. In the second trilogy, we return to the origins of this famous character. He was a little boy who lived as a slave with his mother until Obi Wan Kenobi detected a very powerful level of force control in him. He took him with him and became his instructor. A dozen years later, Anakin had become one of the most promising young Jedi when he was asked to become the special guard of Princess and Senator Amidala, whom he had met as a child. A romance soon develops between them and they are secretly married. But Anakin also befriends Senator Palpatine, who instills doubt, anger and fear in his mind. When a prophecy tells him that his wife will soon die, Anakin goes mad and turns to the dark side of the force. After a fight against Obi Wan, he is horribly disfigured and it is then that he reveals his famous black helmet that helps him breathe, and becomes Darth Vader. 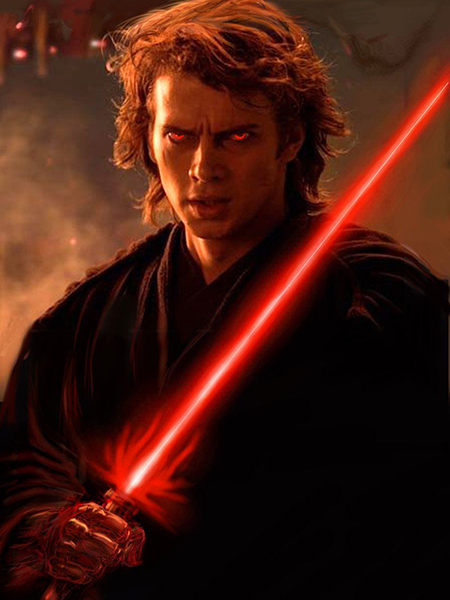 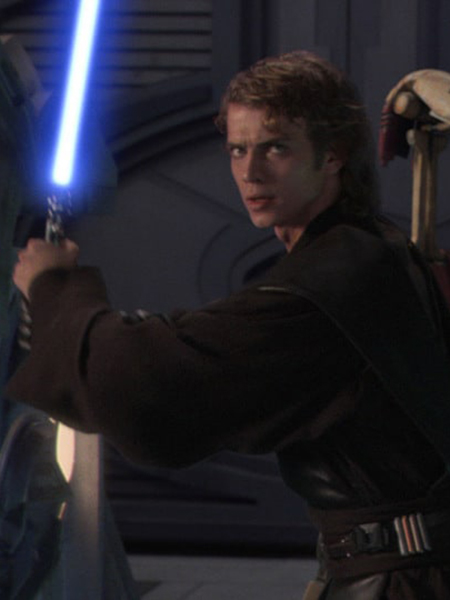 Anakin is shown here as an adult but before the horrible accident that left him disfigured. He is wearing pants with brown boots and the typical Jedi tunic. He wears arm guards and gloves and holds his still blue lightsaber in his right hand. On the head, we find his brown/red hair, the scar around his eye, but especially his eyes which have turned yellow and show that he is already close to the dark side of the force. 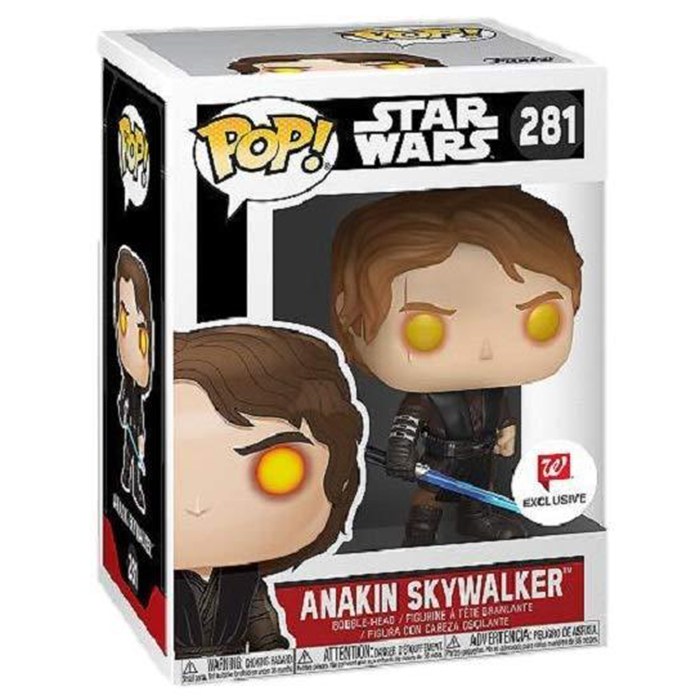