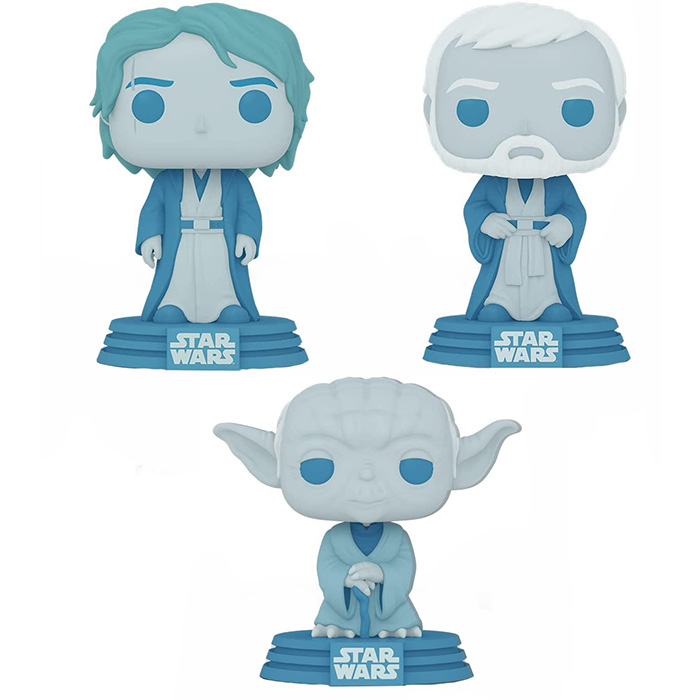 Return of the Jedi

Anakin Skylwaker (also known as Darth Vader), Yoda and Obi-Wan Kenobi are three important characters in the Star Wars saga and three characters who die during the first trilogy. Anakin Skywalker was a young Jedi with a great future, but he fell to the dark side of the force and became a Sith lord serving the Galactic Empire under Emperor Palpatine. Yoda was a great Jedi master who was forced into exile when the Empire took over. He died of old age just after having had time to train the young Luke Skywalker. Finally, Obi-Wan Kenobi was also a Jedi Master. He was exiled on the planet Tatooine when Princess Leia sent the robots R2D2 and C3PO to ask for his help. The message was intercepted by Luke Skywalker and together they set out to rescue her. When they were blocked by Darth Vader, Obi-Wan tried to fight him but lost his life. At the end of the last film, after Darth Vader sacrificed himself for his son and killed Emperor Palpatine, the heroes reunite on the planet Endor and by the fire, the ghosts of the three fallen Jedi can be seen at peace with themselves. 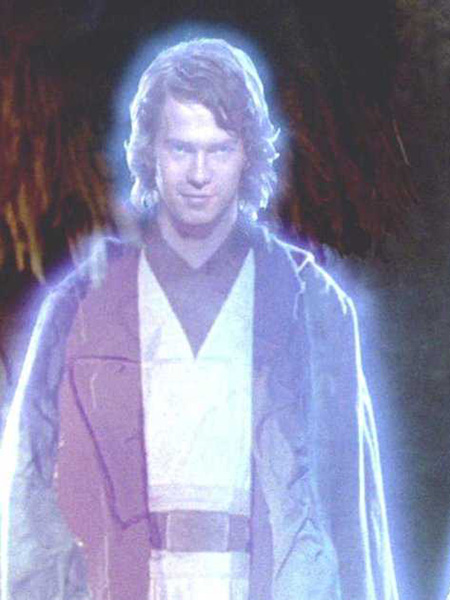 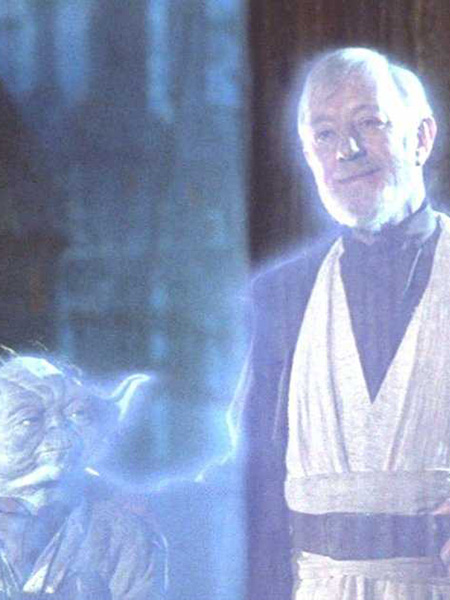 So for this exclusive pack, Funko has depicted the three Jedi as ghosts during this scene on the planet Endor. The three figures glow in the dark for a more mystical effect and they are all in shades of grey-blue. Obi-Wan is wearing his long light Jedi robe with a darker cloak and his white hair and beard. Yoda stands with his hands on his cane and we see his wrinkled face and the large ears characteristic of his race. Finally, Anakin is shown as a young version (as seen in the prequel trilogy) before he was corrupted as seen in the remastered version of the films. He wears a Jedi outfit very similar to Obi-Wan’s, with medium-length hair and a scar around one eye. 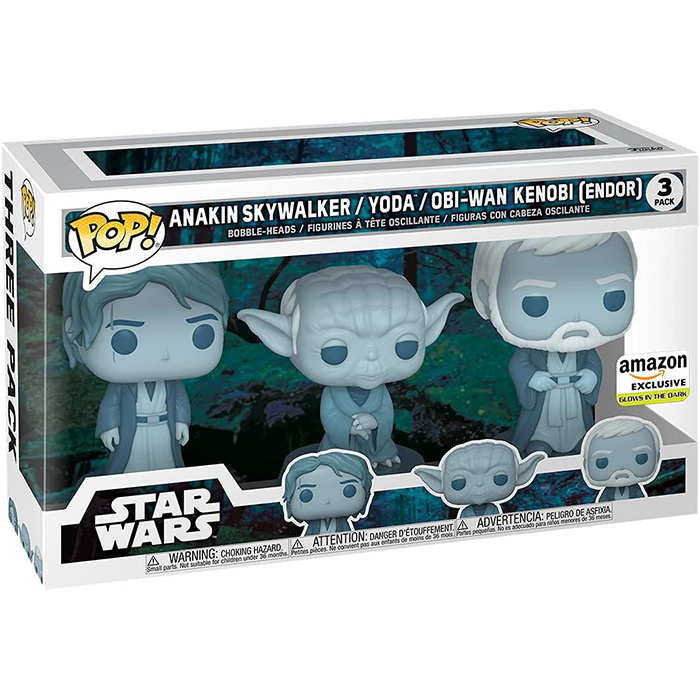