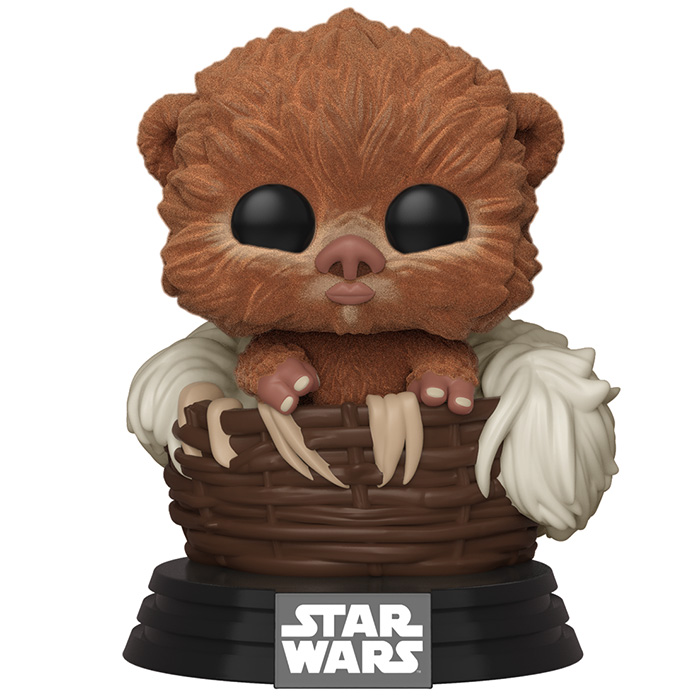 Nippet is a baby of the Ewok race who can be seen in Return of the Jedi, the third film of the original Star Wars trilogy. Indeed, in this movie, Luke, Leia, Han and Chewbacca go to the Moon of the planet Endor which will be used as their starting point to attack the brand new Death Star of Darth Vader. There they are captured by the Ewoks, small creatures who, despite their small size, appear to be fierce warriors. Fortunately C3PO will start to tell them about his immense knowledge of history and they will take him for a god and thus free Luke, Leia and the others and even help them. Nippet is one of the little babies that we see around C3PO listening to him tell his story. 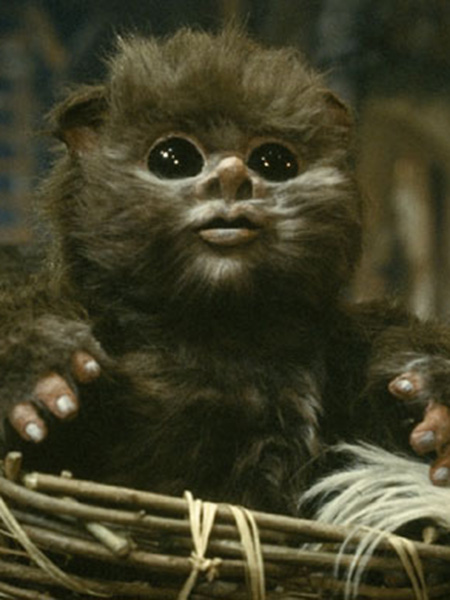 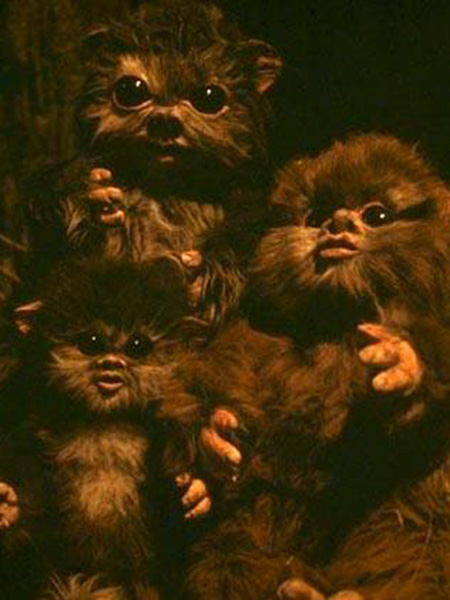 The youngest of the Ewoks

For this exclusive figure, Nippet is represented here in a flocked version with a soft skin texture. We can see her little round head with long hair and her round ears. She is placed in a brown wicker basket and a white animal skin seems to be placed at the bottom to keep Nippet warm and cozy. Finally, as always, the figure is placed on a black base with the mention Star Wars. 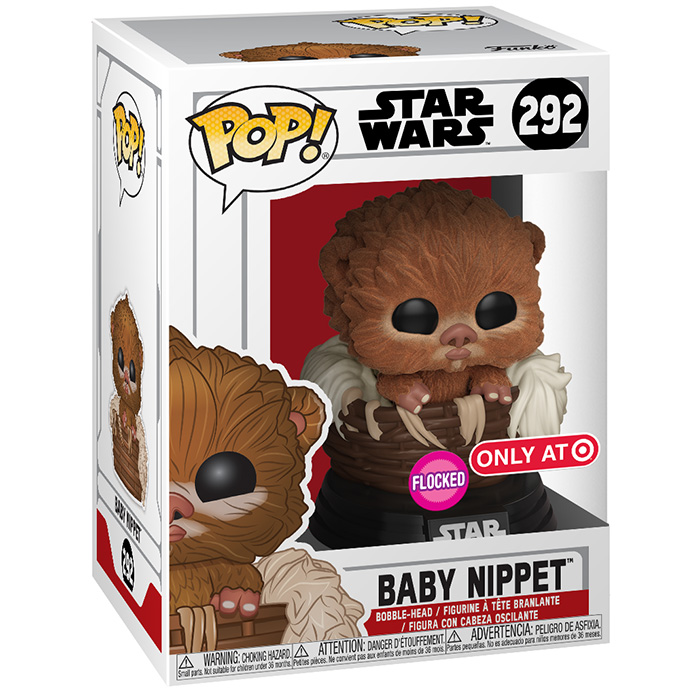