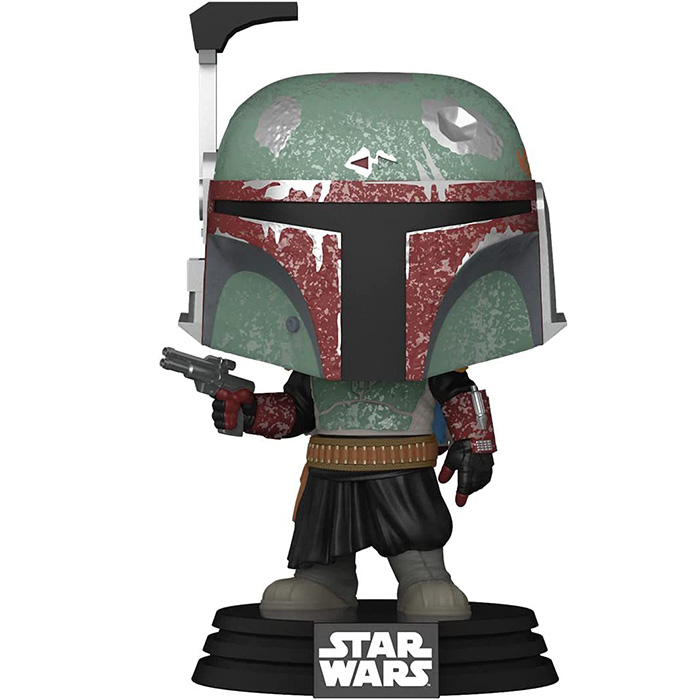 Boba Fett is a cult character from the Star Wars universe who is also featured in The Mandalorian series. He is the famous bounty hunter who captured Han Solo in The Empire Strikes Back and delivered him to Jabba the Hutt. He was left for dead when he fell into the jaws of the massive Sarlac monster, but he actually managed to escape. Bobba is the cloned son of Jango Fett, also a bounty hunter who adopted the Mandalorian way of life. After a lifetime of fighting and violence, Bobba Fett became a recluse on Tattooine. He rescued the bounty hunter Fennec Shand who was left for dead after her fight with Din Djarin, but the duo eventually allied with Din Djarin to protect Grogu in exchange for the Mandalorian armor that was in Din Djarin’s possession. Their part of the bargain fulfilled, Bobba Fett went to Jabba the Hutt to kill him and take his place, which would be the beginning of his own series. 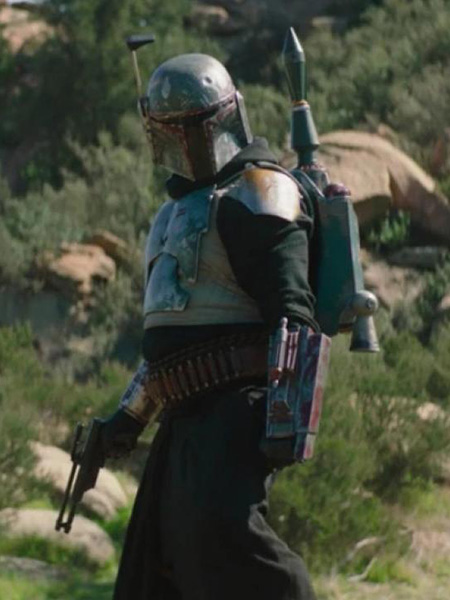 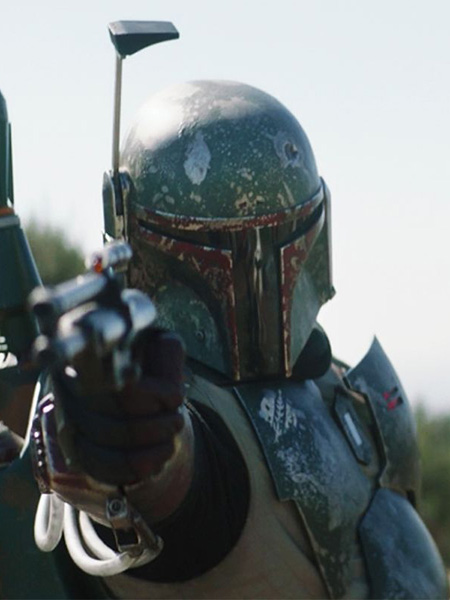 Bobba Fett is shown here as he was seen in season two of The Mandalorian, wearing the badly damaged armor given to him by Din Djarin. He is wearing wide black pants tucked into his brown boots. He is wearing the famous red and green armor on his torso, arms and head. You can see that it is rusty, damaged and dented but still effective. He wears ammunition around his waist, weapons on his wrists and holds a gun in his right hand. 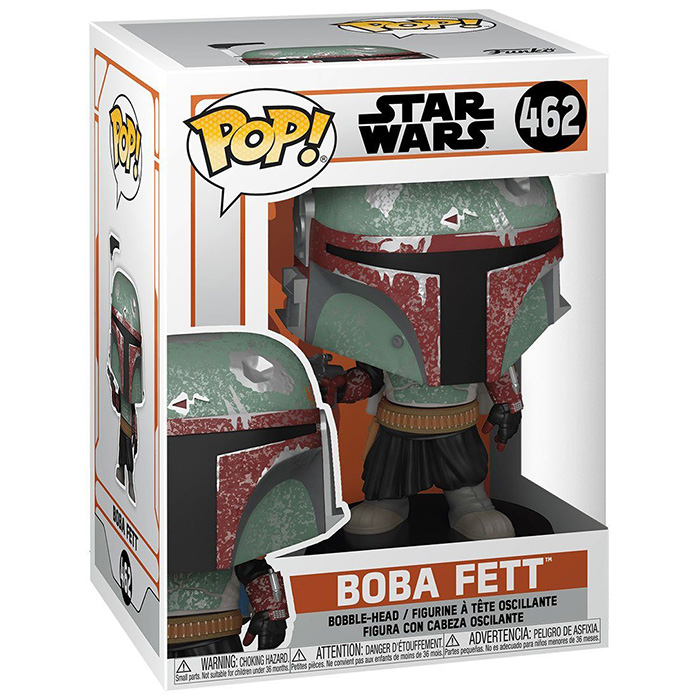